Why are Ukrainian legislators willing to see innocent men serve life sentences?Lutsenko is helping block justice for innocent life prisonersDeath of Ukraine’s most famous torture victim to be reinvestigatedTortured & Almost Certainly Innocent Ukrainian Life Prisoner Dies Without JusticeForced to hunger strike in search of justice for their sonsUkraine’s MPs block last chance of justice for tortured Ukrainian prisonersJudicial Review demanded for Life Prisoners Tortured into ‘Confessing’ to AnythingUkraine found in violation of the prohibition of torture over treatment of life prisonersLife prisoners freed in court in important first for UkraineZelensky urged to veto law that puts Ukraine on track for more damning European Court judgments Ukraine hammered by Court in Strasbourg for endless torture of life prisoners Vital chance for justice after Ukrainian Constitutional Court ruling Zelensky fails crucial test for restoring justice in Ukraine Ukraine’s most malicious miscarriages of justiceUkraine found in bulk violation of the prohibition of torture over denial of justice to life prisonersViktor Lozinsky, the ex-MP convicted of murder, wins in local elections in UkraineUkrainian life sentence – because they needed to arrest somebodyZelensky reacts after arson attack on anti-corruption journalist investigators who exposed his trip to OmanInvestigator involved in Ukraine’s most notorious miscarriage of justice appointed to top prosecutor postWhat judicial reform when it’s not Russia, but Ukraine that refuses to release an innocent life prisoner?
• Topics / Against torture and ill-treatment
• Topics / The right to a fair trial 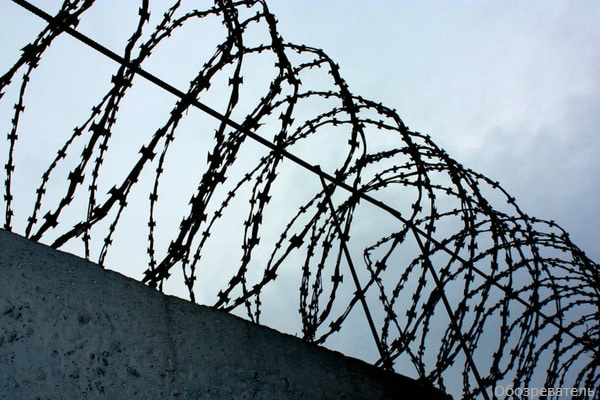 Sergei Tkach, one of Ukraine’s most notorious serial killers, is dead. He will not be missed, however the news of his death did not just open wounds for the families of his victims. Tkach murdered his victims over 25 years, escaping capture in large part because at least ten other men had been tortured into ‘confessing’ to individual crimes and sentenced to long terms of imprisonment.  Even Tkach’s arrest did not bring a swift end to the torment for those victims of police torture, and no real lessons appear to have been learned. Other prisoners, many serving life sentences, remain behind bars despite equally strong grounds for suspecting grave miscarriages of justice. Now Ukraine’s legislators are allowing a bill to languish that could ensure that innocent men go free.

After finally being arrested in 2005, Tkach confessed to up to 100 murders, however his guilt was established in 37 cases.  We will never know how many of the victims could have been saved had the police not been in a hurry to come up with results and claim to have solved the crimes.  Instead of solving them, they left the real murderer free to kill again, and concealed the fact that they needed to be looking for a serial killer.

Tkach was born in the Kemerov region of Russia in 1952, and trained in a police school, becoming an investigator.  He was fired, however, for falsifying an expert assessment and moved to Ukraine in the late 1970s.  After his first rape and murder of a young girl in Crimea, he actually rang the police to confess, but was not believed.  He was to continue killing in three Ukrainian oblasts for the next 25 years, including in Polohy (Zaporizhya oblast) where he was living when arrested in August 2005.  He reportedly told the officers that he had been waiting for them for 25 years.

Ten or more men were arrested for Tkach’s crimes, though the real figure can probably only be guessed if he did kill as many young girls as he later said. .  Volodymyr Svitlychny, the father of one of Tkach’s victims was arrested and hanged himself in his cell.  The other men were convicted and spent up to 10 years in prison.  Most had ‘confesed’ under torture, with threats against 23-year-old Viktor Kayira’s  wife and infant daughter also used to force him to ‘cooperate’.

Nor did Tkach’s detailed accounts of how he committed the murders in question result in the men convicted being released immediately. In 2011, it was a television station that prompted a review Maxim Dmytrenko’s imprisonment although it had been known for several years that he had been jailed for a crime that Tkach committed.  Dmytrenko had been in prison for 8 years when released in 2012.  He died in early 2015, aged just 39.  Yakiv Popovych was only14, and in the eighth grade at school when arrested for Tkach’s rape and murder of his cousin.  He was only released in 2008, three years after Tkach’s arrest.

The police, the prosecutor and the courts had clearly considered ‘confessions’ tortured out of the men to be sufficient ‘proof’, with long available methods of DNA testing, etc., not applied.

Perhaps the most shocking part of all of this is that most of these men would still be serving long sentences now had Tkach not finally been caught.

Very many others have not been so lucky.  Unless Ukraine’s legislators finally move to rectify the situation, many other Ukrainian prisoners, including those serving life sentences, will remain imprisoned, although their convictions were based on the same absence of any hard evidence and on ‘confessions’ extracted through torture.

No real lessons were learned from the Tkach miscarriages of justice, with fairly half-hearted efforts at most focusing only on specific cases where officers had forced out confessions from innocent men.

Convictions based solely on ‘confessions’ extracted through torture or threats theoretically became impossible with the introduction of a new Criminal Procedure Code in 2012.  Even if this is the case, there remain a large number of prisoners who are likely to die behind bars unless entirely feasible measures are finally taken.  They include life prisoners, like Volodymyr Panasenko, whose guilt nobody ever believed in, and Maxim Orlov who, like the above-mentioned 14-year-old, was arrested as a teenager because the police needed to say they had ‘solved’ a brutal murder.

There is no mechanism at present in Ukraine for such review, with the only possibility for early release being a Presidential pardon, which is of an exceptional nature.

It is especially frustrating that Ukraine’s legislators are doing nothing since part of the problem stems from notorious ‘judicial reform’ used in 2010 by the then President Viktor Yanukovych to destroy the last vestiges of judicial independency.

Some of the powers then taken away from Ukraine’s Supreme Court have been reinstated, but not its right to review cases under exceptional proceedings.  This refers to cases where there is believed to have been violations of material and procedural law, through the fabricating of evidence, etc.

Ukraine’s parliament has now been sitting on a draft bill that could rectify the situation for three years. Draft law No. 2033a even passed through a first reading in November 2015, but moved no further.

It should be stressed that in the vast majority of cases, the prisoners whose cases urgently need review were subject to the same methods and flawed trials as those Ukrainian political prisoners now illegally held in Russia and occupied Crimea.

It seems likely that the procrastination and the disinformation campaign are closely linked.  A large number of the investigators, prosecutors and judges who either deliberately faked evidence or ignored clear signs that a person was innocent still hold their position, or have been promoted to considerably higher posts, including in the Prosecutor General’s Office. They have a vested interest in blocking any possible review.

Their interest is against that both of the individual victims of miscarriages of justice and of Ukraine’s development as a democratic and law-based country.