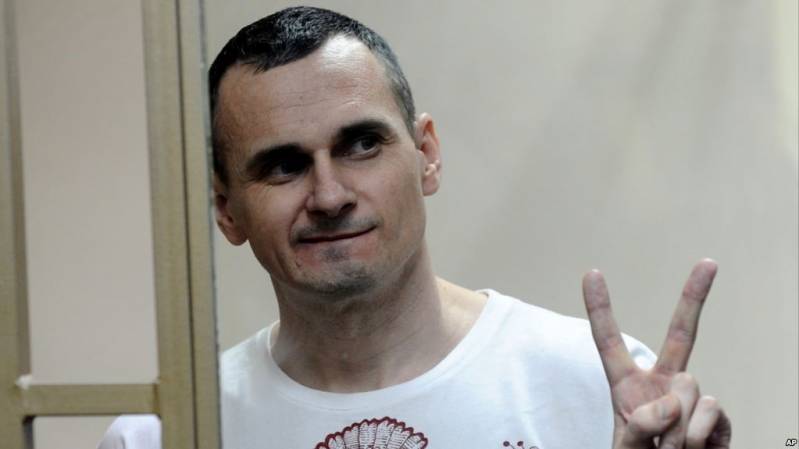 “Thanks to his action, the entire world has begun speaking about Russian repressions,” Sentsov’s cousin Natalya Kaplan said at the award ceremony in Strasbourg on December 12.

"Oleh has drawn a lot of attention to the issue of Ukrainian political prisoners [in Russia]. He has won already," she added.

Sentsov has been imprisoned in Russia since opposing Moscow’s takeover of his native Crimea in March 2014, and his absence at the Strasbourg ceremony was marked by an empty chair at the center of the plenary session.

Kaplan read out a letter from her cousin, in which he said: "The present is often unfair. The history is always just. Everything always takes its rightful place and begins to be called for what it really is over time."

Sentsov was sentenced to 20 years in prison after being convicted of terrorism in a trial criticized by human rights groups and Western governments as politically motivated.

EU officials have called on Russia’s authorities to release the film director, saying he continues to be in poor health as he recovers from a 145-day hunger strike while in prison in a Far Northern Russian region.

European Parliament President Antonio Tajani said Sentsov’s "hunger strike and courageous public stance made him a symbol of the struggle for the release of political prisoners held in Russia and around the world."

The 50,000 euro ($57,000) prize, named in honor of Soviet physicist and Nobel laureate Andrei Sakharov, was established by the European Parliament in 1988 to honor individuals and organizations who defend human rights and fundamental freedoms.