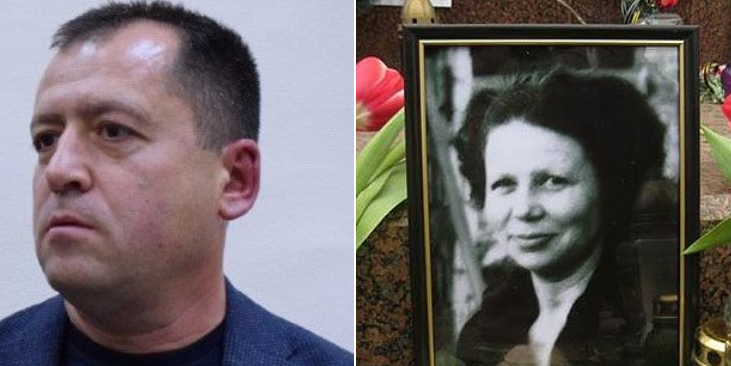 Viktor Kraitor, the former head of the SBU [Security Service] in Khmelnytsky has again avoided detention, though he is facing serious charges over his role in the fatal shooting of local Maidan activists on 19 February 2014.  Two people died that day, one of them, 73-year-old Lyudmila Sheremet, from a gunshot wound fired from inside the SBU office.

Kraitor was formally notified of the charges against him on 14 December 2018, with the prosecutors asking for him to be remanded in custody.  Instead, however, the Podilsky District Court in Kyiv ordered him to be released, on a personal undertaking (to appear when required, etc).  Larisa Sarhan, spokesperson for the Prosecutor General’s Office, reports that they are now considering whether to appeal against the ruling.

Kraitor was briefly in custody after the shooting on 19 February 2014, for which he publicly took responsibility, but was soon released.

Kraitor is believed to have issued the order to shoot.

It remains to be seen whether the apparent progress in this case actually leads to Kraitor ending up on trial, since the case was recently transferred to the same military prosecutor believed to have ‘lost’ the most crucial evidence, namely the only undamaged bullet from the crime scene which made it possible to determine whose weapon was used in the shooting of unarmed protesters.

There was only any real progress after Serhiy Horbatyuk, head of the Special Investigations Department, took the investigation under his department’s control in 2016.  Horbatyuk made public the fact that the crucial bullet “had gone astray” and openly disputed the version presented by the military prosecutor, that the shots had been fired by one of the Maidan activists who had managed to get into the  SBU building.

While those who opened fire cannot be seen on video footage available, it is clearly visible where the men who had managed to get inside and were trying to open the locked doors were standing.  The shots came from the door panel to their right - see around 5.30 onwards on the video  https://youtube.com/watch?v=Nl5_cZtOg5M ).

Later attempts by the SBU to blame Maidan activists for the shots conflicted with the position taken by Kraitor the following day when, as the head of the SBU on duty that day, he took responsibility for the events.

Kraitor was then a main suspect with the case given for investigation to the military prosecutor.  The initial charge was of exceeding official powers, with grave consequences, this carrying a 10-year sentence.  That charge, however, was later changed to the lesser crime of ‘negligence’, with this needing to be investigated within six months. Lawyer Yevhenia Zakrevska is convinced that the military prosecutor deliberately did nothing during this period and then terminated the proceedings with just one day to spare.  This meant that even if the decision was appealed and the proceedings reinstated, there would be only one day remaining to investigate.

Kraitor had thus changed from being a key suspect to having ‘witness’ status. As of July 2017 he was still an SBU employee, though in a different post.

The Department for Special Investigations announced in June this year that they had informed an employee of the SBU that he was under suspicion of using firearms against members of the protest on 19 February 2014.  No name was given, however the charges were similar to those against Kraitor.

There was angry reaction from the SBU who even suggested that the move was because Horbatyuk was “trying to conceal his ineffectiveness and avoid dismissal”.

Given this resistance from the SBU, there was consternation when, on 15 August, the Prosecutor General took the Khmelnytsky case away from Horbatyuk’s department and returned it to the military prosecutor.

Judging by the charges, the military prosecutor appears to have been accepted that the shots were fired by SBU officers on the ground floor and that the shots went through the door and ricocheted on the granite balustrade, then hitting Sheremet and others.

The above details make it clear why the prosecution of Kraitor is being followed very closely.

Two people died on 19 February 2014.  Lyudmila Sheremet was a retired anaesthetist and a civic activist.  She was married, with a daughter and grandson.  Her daughter recalls how full of life her mother was, how able to rejoice in things around her and share that joy with others.

Four other people were shot and injured during the events outside the SBU. One young man had his leg amputated.