Ukrainian who went to Russia to get medicine for his child jailed on ‘spying’ chargesUkrainian abducted, tortured & imprisoned in Russia after responding to a ‘friend’s’ plea for helpRussia’s Ukrainian Hostage abducted, tortured & now held in solitary confinementUkraine seeks extradition of aviation enthusiast sentenced by Russia for ‘spying’Warning: A trip to Russian-occupied Crimea could get you jailed for 11 yearsAbduction, mock executions & torture in Russia’s ’trial’ of Ukrainian aviation fanaticFrom Maidan to Torture & Solitary Confinement in RussiaKyiv demands return of Ukrainian abducted & jailed in Russia for ‘spying’ on the InternetTorture most classified: How Russia jails another abducted Ukrainian for ‘spying’Ukrainian abducted to Russia sentenced to 11 years for mystery ‘spying’Russia is killing 73-year-old Ukrainian hostage Yury SoloshenkoRussia sentences 73-year-old Ukrainian pensioner to 6 years for ‘spying’Mystery ’Trial’ begins of Russia’s Elderly Ukrainian HostageWorse than the Cold War: Russia’s FSB torments elderly Ukrainian hostageMoscow’s Kafkaesque ’Ukrainian Spy’ CasesMoscow shouts ‘abduction’ yet holds Ukrainian hostages incommunicadoRussia holds 72-year-old Ukrainian hostage on absurd spying chargesRussian mother of 7 stands by her warning about Russian soldiers in UkraineRussian Mother of 7 accused of ‘treason’ released from custodyRussians call to release mother of 7 accused of revealing ’state secrets’
• Topics / News from the CIS countries 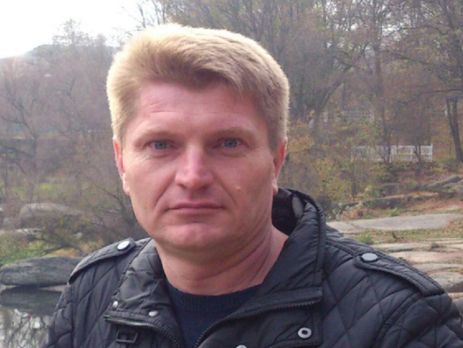 A court in Nizhny Novgorod has sentenced Ihor Kiyashko to  eight years’ maximum security imprisonment for supposed ‘spying’ and military contraband. The ‘trial’ was held in secret, after Kiyashko was prevented from having an independent lawyer, and the threat of an even more draconian sentence is clearly now being used to prevent him from lodging an appeal.

The 42-year-old from Lubny (Poltava oblast) has been imprisoned since April 2018, although his wife was only informed of his whereabouts a month later.  Kiyashko is a former police officer, who retrained as a lawyer in 2012.  He and his wife, Marina, have one small son, who suffers from recurring staphylococcal infections, and it was this that prompted Kiyashko’s trips to Nizhny Novgorod.  According to his wife, he has travelled there on several occasions to buy the bacteriophage which destroys the staphylococcus directly from the factory which produces it.  In Ukraine you can only buy stocks that have been brought into the country through unofficial channels and these, she says, are not as effective.

In May, FSB investigator Mikhail Shadrin informed Marina Kiyashko that her husband was accused of military contraband.  He was supposed to have been trying to smuggle material and equipment  that can be used to create weapons of mass destruction (Articles 30 § 1 and 226.1 § 1 of Russia’s criminal code) out of Russia.  At this stage, the FSB were claiming that he had planned to sell the blades to private enterprises.

Gubin made an initial visit to Kiyashko on 14 June and on 19 June signed an agreement with Marina Kiyashko.  On that very same day, Kiyashko was taken away from the SIZO [remand prison] to the FSB, where he was charged with espionage (Article 276).  Kiyashko had insisted that the charges must be presented in the presence of his lawyer, however this was ignored, and he therefore refused to sign the documents.  It is the ‘spying’ charge that has made it possible for the total secrecy about all procedure, including the ‘trial’.

Two months after Kiyashko’s arrest, the FSB asserted that back in August 2017, Kiyashko had agreed to buy technical documentation from this same Komov about a multifunctional radio-location station used on C-400 missile systems.  This, it was claimed, had been on the instructions of Ukraine’s SBU.

Gubin initially remained Kiyashko’s lawyer, but was prevented from having full access to the material of the case.  He did, however, visit Kiyashko who complained of the intolerable conditions in the SIZO.  He was in a very small cell, with the ‘toilet’ in the actual cell, without any attempt to separate it, meaning that there was a permanent stench and cockroaches everywhere.   Kiyashko suffers from high blood pressure, has been very dizzy and nauseous, yet has not received any medical care.

On 3 July, Kiyashko was moved to a special block where there were prisoners with an open (and highly infectious) form of tuberculosis.

Gubin reacted by publicly stating that Kiyashko was being held in such inhuman conditions to force him to ‘confess’.

In Kiyashko’s case, he has continued to deny the spying charges, although Kommersant writes that “he did not deny his intention to hand the SBU the plane propeller parts”.

The lawyer present, Alexei Matasov, stated that his client would not be appealing for fear of a longer sentence.  Kiyashko is doubtless aware of the huge sentences imposed on several Ukrainian political prisoners, and that alone may well have served as grounds for limited ‘cooperation’ with the prosecution.

Even if he genuinely did try to buy blades to sell to private enterprises, as was initially claimed, this is very far removed from military contraband and spying for a foreign country.  The delay in presenting the much more serious charges, the methods used to prevent him from having an independent lawyer and the resulting secrecy must arouse deep scepticism about this new Russian conviction of a Ukrainian on ‘spying’ charges.