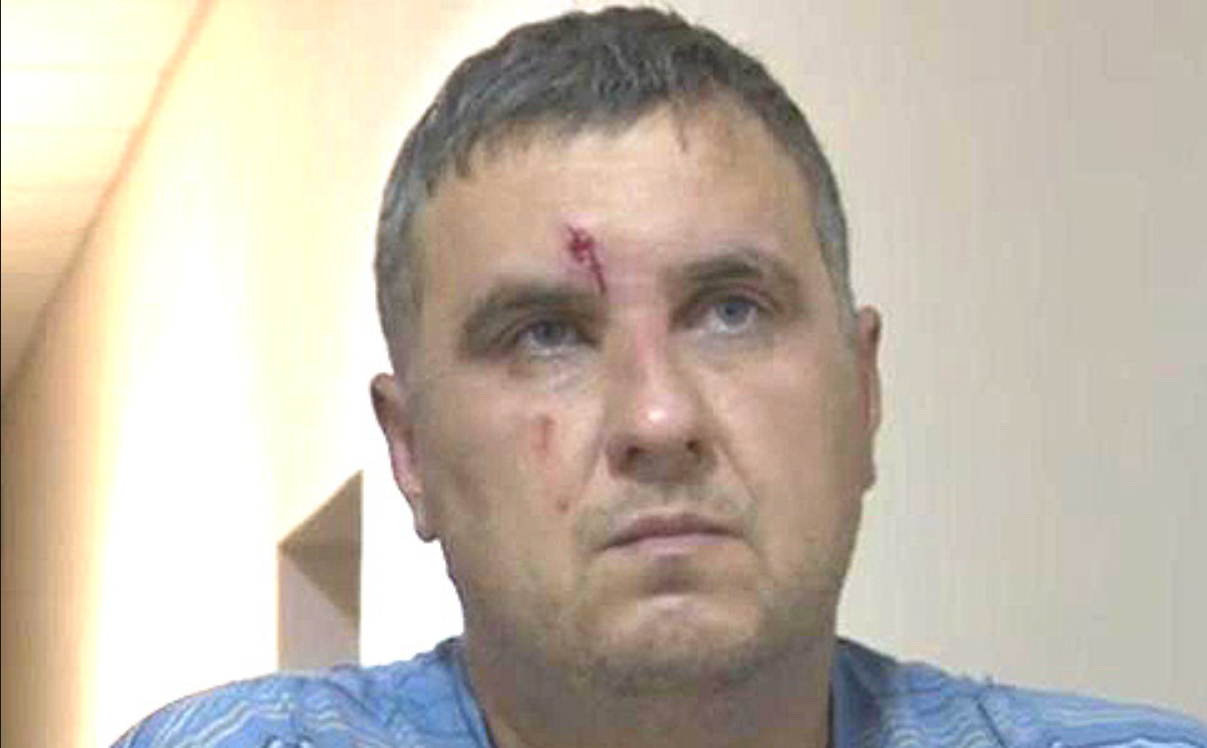 It is three weeks since Yevhen Panov’s family received any information about the recognized political prisoner’s whereabouts.  Considering the savage torture Panov was subjected to when first seized by the Russian FSB in August 2016 , it is not surprising that they are worried.

Panov’s brother, Ihor Kotelyanets reports that he was held in the Moscow ‘Matrosskaya Tishina’ remand prison for some time after a ‘court’ in Moscow predictably rejected the appeal against his eight-year sentence in October 2018.  He was then transported, first to Rostov, then Krasnodar, before being taken to Simferopol in occupied Crimea.   At the beginning of December he was again taken from Crimea to Krasnodar, and then, seemingly, to Saratov.  Since then, his family, Ukraine’s consuls in Russia and the Ukrainian Human Rights Ombudsperson have tried in vain to find out where he is.

Kotelyanets mentions unconfirmed information that they are taking him to Omsk in Siberia.  He calls the prison colony there “medieval” and points out that there was recently a riot over the torture that prison staff subject the prisoners to.

Any such transfers are gruellingly hard for prisoners, and put them at particular risk as the men have no contact with their lawyers.  Taking Panov to Crimea would have raised hopes for his elderly mother that he would be held closer to the family in the Zaporizhya oblast, and was cruelly unnecessary if the plan is to incarcerate him in Siberia.  If Omsk is indeed the destination, then Panov will be the latest Ukrainian political prisoner to be held thousands of kilometres from his home, in flagrant violation of a recent European Court of Human Rights judgement.

Russia’s FSB are most brutal with those political prisoners who refuse, even under torture and threats, to ‘confess’ to non-existent crimes.  This was seen with Ukrainian filmmaker Oleg Sentsov whose FSB torturers warned him from the outset that he would get 20 years and rot in a Russian prison, if he didn’t provide the ‘testimony’ they demanded.  He refused, was sentenced to 20 years and sent to the harshest and most isolated prisons in the Russian Federation.  Panov’s 8-year harsh regime sentence, as well as the sadistic treatment now, are clearly also ‘punishment’ for having refused to admit to fabricated charges. Kotelyanets earlier reported that his brother, like Sentsov, had been directly told that if he made a deal with the investigators and ‘confessed to being a Ukrainian terrorist’, they’d get him a 5-year sentence somewhere close to Ukraine.

It was claimed that he had planned acts of sabotage on civilian and military sites in Crimea, with these supposedly including a water reservoir; a Russian military unit; a ferry crossing; a chemical factory and plans to blow up Pantsir C1 self-propelled anti-aircraft military weapon systems..

Panov was a driver for the Zaporizhya Nuclear Power Plant in Enerhodar, in the Zaporizhya oblast.  Following Russia’s invasion and annexation of Crimea, he had also worked actively as a volunteer to help the Ukrainian Armed Forces and to ensure that the methods used by Russia to occupy parts of Donbas did not also success in his oblast.

The FSB asserted that there had been major incidents, with shelling from mainland Ukraine, during the nights from 6-7 and 7-8 August, with 2 Russians – an FSB officer and a soldier – killed.  Although two Russians did die, there are independent reports suggesting that at least one of the men was killed in a drunken brawl.  There was nothing to back the claims about the second night and supposed shelling from Ukraine.  There were still further grounds for doubting the entire story since several independent Internet sites had been blocked prior to the alleged events.

On the video, Panov looked as though he had been beaten and also as though he was saying what he had been instructed to say. It was therefore of immense concern that the FSB prevented the lawyer Panov’s family employed from seeing his client.  It was only after the European Court of Human Rights intervened and demanded  information from Russia regarding the origin of Panov’s bruises, etc. and confirmation that he had been allowed to see the lawyer his family had chosen, that Panov was allowed a very brief meeting with his lawyer.  That, however, was sufficient for Panov to retract all testimony, confirming that it had been obtained under torture.

It was indicative of the fictitious nature of this entire ‘plot’ that Suleymanov was convicted of something only slightly linked to the original ‘confession’, while Prysich was sentenced on an entirely different charge.

Panov had become the public face of this aborted attempt to concoct a ‘Ukrainian saboteur’ plot and he paid for his courage by receiving the worst sentence.  On 13 July, 2018, ‘judge’ Andrei Paly, a Russian from Kaliningrad, now working for the Crimean High Court under occupation, ignored the lack of any evidence to back the charges and passed an 8-year sentence, with this later upheld by the Russian Supreme Court.  Paly’s reading out of the sentence was met  with cries of “Glory to Ukraine” from Crimean Tatar and other Ukrainian activists who had come to show their solidarity.