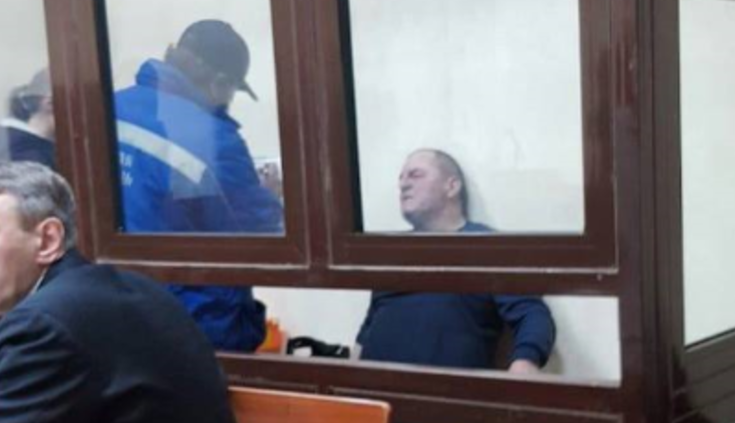 It took a week and international calls for the release of Crimean Tatar activist Edem Bekirov for Russia to publicly report its arrest of the 57-year-old amputee who recently suffered a major heart attack.  It was not easy, however, to match the Russian media reports with Bekirov, and not only because, for some reason, they called the Ukrainian a Russian citizen.  Even the media reports that showed Bekirov having difficulty walking with a crutch still posted headlines claiming that he was a member of a military formation who’d been seized with 11 kilograms of explosives.

None of the reports on 19 and 20 December 2018 named the 57-year-old, nor did they explain why an arrest on 12 December was only now being reported.  In their actual reports, most gave details that contradict the misleading titles and make it clear that Bekirov was not caught with explosives.  He is merely alleged to have placed “12 kilograms of DNT, 200 bullets and firearms” in a secret hiding place in occupied Crimea.  It is also  claimed that the 57-year-old was “a member of the nationalist militarized formation ‘the Noman Çelebicihan Battalion’.

This volunteer ‘battalion’, named after the famous Crimean Tatar politician, was formed soon after the beginning of the Crimean Blockade in 2015, initiated by exiled Crimean Tatar leaders Mustafa Dzhemilev and Refat Chubarov with specific human rights demands. Despite its persistent demonization by Russia, the Çelebicihan Battalion remains a relatively small formation whose role at present is merely to back the Ukrainian border guards in areas near the administrative border with occupied Crimea.  Its initiator, Lenur Islyamov, has long indicated that this is a Crimean formation, not only Crimean Tatar. While they would be willing to serve in the Armed Forces in the area of conflict in Donbas, the steps needed to formalize such service have yet to be taken.

The ‘battalion’ does not, therefore, muster to a ‘militarized band’.  It is also highly unlikely that Bekirov, who suffers from diabetes, needed major heart surgery last year and has had one leg amputated, could have taken an active part in either the initial Crimean Blockade of goods, the subsequent blockade of electricity, or any Çelebicihan Battalion activities since.

This appears to have been the latest of many propaganda exercises aimed at presenting Crimean Tatars as dangerous ‘extremists’ or even terrorists.  So what that the person seized is disabled and very ill, and could not hope to lift even three kilograms, let along 12 kilograms?  It is equally irrelevant that there is quite literally no evidence of any planned acts of sabotage in occupied Crimea.

It has often been suggested that Russia is frustrated by the persistent policy of non-violent resistance among Crimean Tatars.  It would prefer acts of armed resistance to justify measures to brutally crush them.  In the absence of any violence, Russia’s FSB, aided by the state-controlled media, are inventing it, with arrests enabling lurid and entirely untrue reports.

The Federal News Agency also claimed that the FSB had detained “a 22-year-old fighter from Islyamov’s extremist group” last month, and went on to add that “the Crimea is suspected of involvement in the blockade of Crimea”.

Any such activities would have been in the Kherson oblast, indisputably under Ukrainian law, and even the one power cut which was almost certainly deliberately caused was soon repaired.  It was Russian President Vladimir Putin and Moscow who have insisted on imposing an electricity blockade by refusing to sign an agreement for supplies with Ukraine that identified Crimea, in full accordance with international law, as Ukrainian.

None of this would, unfortunately, be understood by most of these agencies’ readers.  The latter will be accustomed to a general narrative clearly aimed at blaming all hardships since Russia’s annexation on fictitious ‘terrorists’ and ‘saboteurs’.

Edem Bekirov was indeed seized on 12 December, however this was as he tried to cross into occupied Crimea to visit his elderly mother and other relatives.

The suggestion that with his grave health problems and artificial leg, Bekirov should have been hauling around vast loads of explosives is nonsensical.   His lawyer, Alexei Ladin explained in court that his client cannot lift even a 1.5 litre bottle without difficulty.  He would quite simply not be alive now had he tried to drag such a weight.  This was ignored, and on 13 December ’judge’ Valentina Kamynina of the Kievsky District Court in Simferopol remanded Bekirov in custody for two months.

There was another reason why the charges are devoid of any credibility.  Bekirov is married to a member of the Mejlis of the Crimean Tatar people which Russia is persecuting.  It was therefore guaranteed that he would be under surveillance in occupied Crimea and it would be absurd to imagine that he could have brought such a load of explosives, etc. into Crimea.

The charges Bekirov is facing under Article 222 § 2 of Russia’s criminal code are based on the words of a supposed ‘witness’ (identified only by his last name, ‘Memetov’),  According to this individual, Bekirov passed the explosives and bullets to him in May of this year. Memetov purportedly placed them in a secret hiding place around Krasnoperekopsk and then in August revealed this place to the Russian FSB and gave testimony against Bekirov.

Bekirov has been imprisoned in the Simferopol SIZO [remand prison] where the conditions, even for men in good health, are tantamount to torture.  The SIZO is filthy and overcrowded, with the men having to take turns to sleep on the available bunks. The cells that the men are held in are small and grossly unsanitary, and the men are plagued with cockroaches, fleas, mosquitos and ants.

Gulnara Bekirova is surely right in fearing that any period of detention is equivalent to a death sentence given her husband’s state of health.