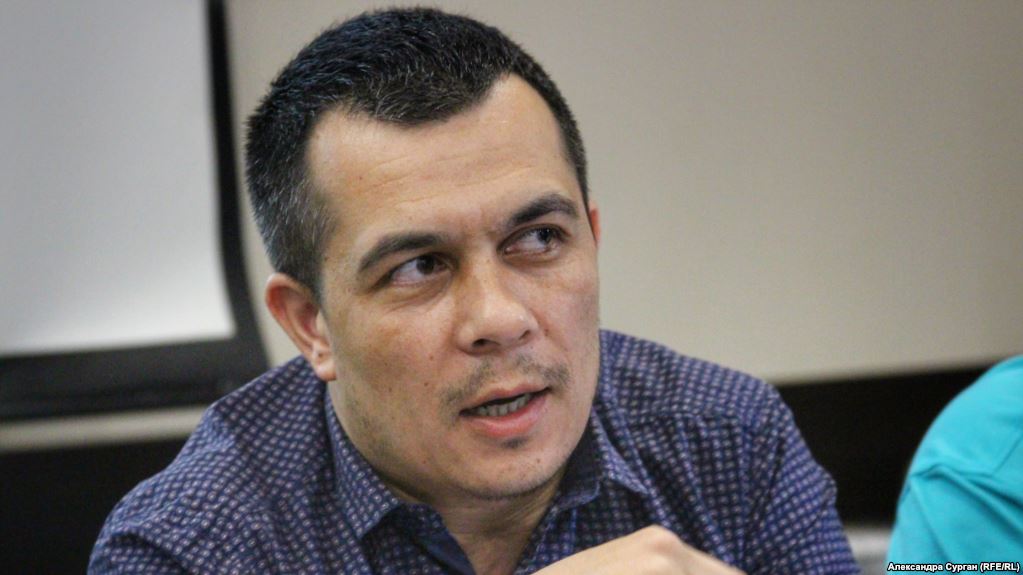 Russia’s Justice Ministry has demanded that the de facto Crimean Bar Association expel Emil Kurbedinov, with this almost certainly leading to his being stripped of his licence. This is the latest of several attempts to silence Kurbedinov and other courageous lawyers in occupied Crimea.  The timing, both of this move and of the second administrative prosecution over a pre-annexation Facebook repost, cited as the pretext, suggests that Russia may be particularly concerned about the united defence team representing the 24 Ukrainian prisoners of war seized when Russia attacked three Ukrainian naval boats on 25 November.

The letter from the Justice Ministry cites two court rulings in administrative prosecutions against Kurbedinov.  Both were over an identical video, reposted quite legally in 2013.  This alone made the second prosecution absurd, and demonstrates the political nature of the Ministry’s demand, which had not been made after the first prosecution, yet now demands compliance by 1 March 2019.  The letter claims that the demand is in accordance with a law from 1996 which states that you cannot be a member of the bar association if you have been convicted of offences “of an extremist nature”.

Kurbedinov was one of the first lawyers to both defend victims of persecution under occupation and to publicly highlight such cases.  Back in 2016, he spoke of how it was the publicity that enforcement officers most hated and that made him ‘enemy No. 1’.  Kurbedinov had played a particular vital role since early 2015 in drawing attention to Russia’s arrests of Crimean Muslims on charges of involvement in Hizb ut-Tahrir, a peaceful pan-Islamic movement which is legal in Ukraine, but which Russia has, for its own reasons, declared ‘terrorist’.

Kurbedinov was first detained on 26 January 2017 while travelling to the home of a Crimean Tatar activist, now political prisoner, facing an armed search.  The pretext then was a video reposted in June 2013, before Russia’s invasion and annexation of Crimea, on Kurbedinov’s VKontakte page of a Hizb ut-Tahrir meeting in Simferopol.  This was used as an excuse for armed and masked spetsnaz officers to turn up at Kurbedinov’s home and carry out a ‘search’.  The officers refused at first to allow a lawyer in and also tried to prevent Kurbedinov’s mother from taking his small son and daughter away.  A search was also carried out of his offices, and computers containing confidential documents about their clients were removed.

Later that day, he was sentenced by ‘judge’ Tatyana Belnichuk from the Zheleznodorozhny District Court In Simferopol to 10 days’ imprisonment.  It was claimed by Renat Shambazov, from the so-called Centre for Countering Extremism, that this had been “a public demonstration of the symbols and propaganda images of the terrorist organization Hizb ut-Tahrir” and that it fell under Article 20.3 of Russia’s Code of Administrative Offences.

Three months later, on 26 May 2017, the Dublin-based NGO Frontline Defenders named Kurbedinov Laureate of its 2017 Award for Human Rights Defenders at Risk.

Pressure has, since then, mounted against both Kurbedinov and other lawyers in Crimea, especially those involved in the civic initiative Crimean Solidarity which helps political prisoners and their families.

Kurbedinov was detained again on 6 December 2018 and sentenced to five days’ imprisonment over the same video from June 2013.  The only difference was that this time the video had been reposted on Facebook, not VKontakte.  In January 2017, Shambazov had proposed including the identical post on Facebook to the material.  The ‘judge’ back then refused, claiming that it constituted a ‘separate incident’.

This ‘separate incident’ was clearly needed to justify a second arrest, search and 5-day jail sentenced imposed by ‘judge’ Anton Tsykurenko from the Kievsky District Court in Simferopol.

The two ‘incidents’ over the same repost of a harmless video, dating from before annexation, is now being used by Russia’s Justice Ministry to attempt to strike off a lawyer defending the ever-mounting number of victims of repression in Crimea.  That in turn might well leave the FSB free to revenge themselves against Kurbedinov by concocting criminal charges against him.

On 6 December Kurbedinov made it clear that he saw the new move as linked with his defence of one of the POWs seized on 25 November, as well as his role in many other hearings in political trials.  Russia is using various illegitimate methods to try to pressure the 24 men into ‘confessing’ to fictitious ‘offences’ and to undermine the united position taken by the men themselves, under the guidance of their lawyers, including Kurbedinov.

This is an extremely dangerous development and requires immediate and strong reaction from the international community in defence of Kurbedinov, other lawyers in occupied Crimea and, ultimately, the victims of persecution whom they represent.