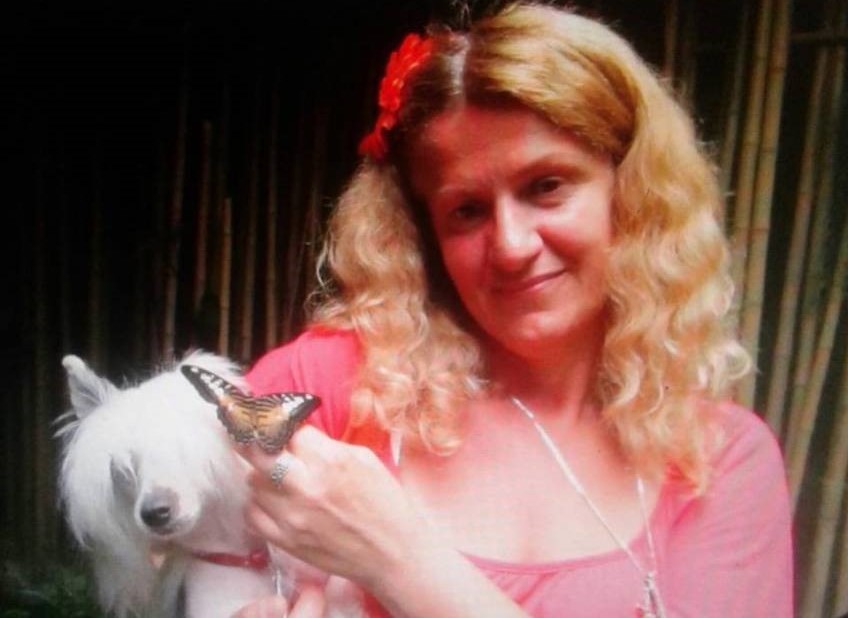 Olena Sorokina disappeared on 30 October 2018, but as with many hostages seized in the self-proclaimed ‘Luhansk people’s republic’ [LPR], details have taken months to emerge.  The businesswoman from Pervomaisk is known to have been seized by the so-called ‘LPR’ ministry of state security’, and it seems likely that she has been accused of ‘spying for the Ukrainian security service’.  This is the standard charge that has been used since 2014 against bloggers, young football fans, businessmen and other hostages.

Information has been passed to the Media Human Rights Initiative by a friend who explained that Sorokina, who owns a pet shop in Pervomaisk, lives alone, and does not have either parents or children.  She does, however, contact people in government-controlled Ukraine and / or use social media more or less every day so friends had become alarmed and begun phoning around, trying to find out what had happened by the following morning.  After discovering that she had not appeared at work the day before and being unable to find any trace of her, friends went to her apartment.  They found washing on the line, despite recent rain, lights on in the flat and Sorokina’s cats hungry and frightened.  The contents of one of her drawers was strewn over the table.

Friends have since learned that on 2 November, Sorokina had been brought to the flat in handcuffs by masked men in military gear who carried out a search.

Nothing is known of her current whereabouts, and friends have filed reports with both the police in Kyiv and the SBU [Ukraine’s Security Service].

There is nothing obvious to explain why Sorokina has been targeted, but this is, unfortunately, not unusual.  The Kharkiv Human Rights learns of three to four people being abducted by members of the armed formations in occupied Donbas every month.  Families are often frightened to report the abductions, fearing that this could put the person’s life in danger or reduce the chances of getting them released.  At present there are known to be 108 civilian hostages in the so-called ‘republics’, though that figure could be considerably higher.

The last exchange of prisoners was on 27 December 2017, and it seems very likely that Russia will block any release either of hostages and POWs in Donbas or of political prisoners and the 24 POWs in Russia and occupied Crimea.  Russian President Vladimir Putin has been quite open about the reason, namely that he does not want to help Ukrainian President Petro Poroshenko’s chances of winning the presidential elections in March.

The kind of lawlessness in ‘LPR’ that lies behind the seizure of Sorokina can be seen in the case of Roman Sahaidak.  The 31-year-old Krasnodon entrepreneur was recently ‘sentenced’ to 13 years’ imprisonment with full confiscation of his property, after being effectively abducted in June 2017.

Sahaidak was finally convicted of armed robbery, however the ‘trial’ appears to have begun on radically different charges of working for Ukraine’s Security Service [SBU]

and planning terrorist attacks, and there have been other quite different versions.  There does not appear to have been evidence to back any of these varied charges. In fact, one of the earliest accusations was of having planned a terrorist attack on 7 July 2017, although this needed to be dropped since Sahaidak had been in custody for a full week before the saThere is nothing at all to indicate that any of the charges were backed by anything as banal as proof, and one of the earliest attempts was the charge of planning a terrorist attack on 7 July 2017, although Sahaidak had been seized a week earlier.

Sahaidak’s problems began after he refused to sell his part of the business to his then business partner, Oleksandr Ryasnoy.  The latter had offered a very bad deal and, according to his sister, Sahaidak was also wary of Ryasnoy, in part for his willingness to denounce people to the so-called ‘ministry of state security.  It seems possible that Sahaidak’s ‘arrest’, torture and then long ‘sentence’ were due to Ryasnoy using his contacts within ‘LPR’ to rid himself of Sahaidak and steal his part of their business.