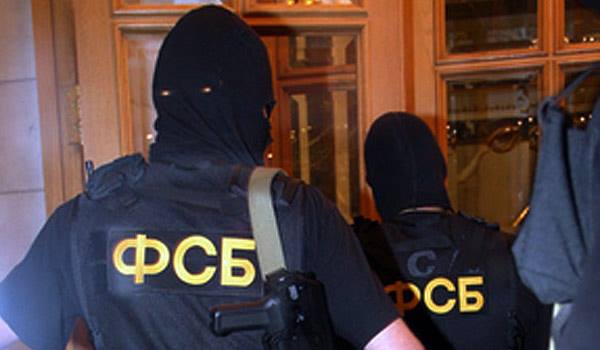 Oleksandr Sedov from the Crimean Human Rights Group reports that there were at very least 30 administrative prosecutions in 2018 over so-called ‘infringements of legislation on freedom of conscience, worship and religious organizations’ (under Article 5.26 of Russia’s Code of administrative offences).  In the 18 cases where rulings have been published, individuals were fined from 5 thousand roubles upwards, while religious organizations were fined amounts beginning with 30 thousand.  The prosecutions were for singing, praying or preaching in public places or in premises not designated as places of worship.  In Feodosia, a fine was imposed for having read out prayers in a rented hall of a hotel, while in Sevastopol there was a fine for religious song near a public transport stop.

It would be difficult to call such prosecutions legitimate in any situation, but it is worth recalling the reasons why many groups of believers are unable to meet in more formal places of worship.

In order to function legally in occupied Crimea, religious organizations have to re-register under Russian legislation, and add words to their association papers about Crimea being a part of Russia.  Such clauses, as well as the restrictions on Ukrainian or foreign citizens, are unacceptable to many Crimeans.  Some have been driven out of Crimea, while those who remain are effectively unable to officially rent premises, etc.

In the case of the Jehovah’s Witnesses, their faith has been positively banned.  In 2017, the occupation regime still confined itself to administrative prosecutions, however during the night from 15-16 November 2018, a major operation took place in Dzhankoy, with a 78-year-old believer manhandled, and 46-year-old Serhiy Filatov arrested on ‘extremism’ charges.  Filatov, a father of four was initially detained, though later released under a signed undertaking not to leave the city.  The charges are under Article 282.2 of Russia’s criminal code (‘organizing activities of a religious organization recognized by a court as extremist’) , and could carry a sentence of from 6 to 10 years.

Judging by the scale of persecution of Jehovah’s Witnesses in Russia, it seems likely that this was only the beginning in occupied Crimea.  In June 2017 it was also learned that a young Crimean Witness had been ordered to provide ‘proof of change of faith’ in order to be eligible for alternative civilian service.  This is in addition to Russia’s grave violation of international humanitarian law by conscripting young men on illegally occupied Ukrainian territory.  Russia is thus following the worst traditions of the Soviet Union, as well as of the Nazis, in its persecution of Jehovah’s Witnesses for their faith and refusal to bear arms.

The most brutal repression, both in 2018 and earlier, has been against Crimean Muslims. Unlike the Jehovah’s Witnesses, Russia has not banned Islam, but it is persecuting some Muslims.  Soon after Russia’s annexation of Crimea, Crimean Tatar leader Mustafa Dzhemilev reported that the Russian FSB was virtually openly holding believers under surveillance, even in mosques, with them deciding that somebody was suspicious if they seemed too devout, etc.

The Muslims who have been targeted are almost all facing criminal prosecution and very heavy sentences.  Most are claimed to be members of Hizb ut-Tahrir, a peaceful pan-Islamist movement which is legal in Ukraine, but which Russia’s Supreme Court decided in 2003, without explanation or chance of appeal, to call ‘terrorist’.  The huge sentences received or faced by totally law-abiding members of the community are on spurious charges of ‘terrorism’.

A much smaller number of Muslims are charged ‘only’ with involvement in the apolitical and peaceful Tablighi Jamaat movement which Russia banned as ‘extremist’ in 2009.

Since Russia has criminalized people’s beliefs, Muslims in occupied Crimea and Russia face guaranteed persecution merely for espousing Hizb ut-Tahrir views.  The FSB has developed a system for concocting supposed ‘evidence’ of involvement, with this most often including ‘secret witnesses’ whose identity is concealed from the defence, and who give testimony from another room, almost certainly receiving prompts as to what to answer or, at very least, being able to check what they said earlier.  In the ‘trial’ of four Crimean Tatars from Bakhchysarai, these were clearly fake witnesses who repeated what they had been told to say, while being quite unable to name, for example, the layout of the rooms where the defendants had allegedly tried to ‘recruit’ them.  In that case also, it was evident that one of the ‘witnesses’ had coordinated new parts of his story to fit extra charges which the prosecution brought almost a year after the men’s arrest (details here).

The ‘expert assessments’ obtained are highly contentious and have been known to find ‘evidence’ of involvement in the use of a word which is, in fact, commonly used in Crimean Tatar.

‘Hizb ut-Tahrir prosecutions’ are good business for the FSB.  They are conveyor-belt style and therefore require little effort from enforcement bodies, while promising bonuses or promotion for the good statistics ‘on fighting terrorism’ that they provide, especially given the fact that the courts almost never rule against the prosecutor.  At least in occupied Crimea, they are also an opportunity to persecute those who help circulate information about human rights abuses or in other ways annoy the occupying regime.

The above controls only on those facing administrative or criminal prosecutions and in no way exhausts the forms of persecution applied.  There has long been harassment of the Ukrainian Orthodox Church which was under the Kyiv Patriarchate, and there are, unfortunately warranted, fears of further repression as retaliation for the creation of a United and independent Ukrainian Church (details here).