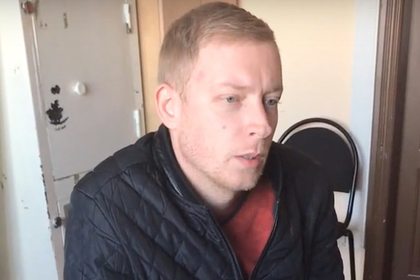 Russia’s FSB has come up with another Ukrainian spying story, with a standard ‘confession’ wildly shown on state-controlled television.  The main difference from many other such cases is that the Ukrainian, named as Leonard Kaplun, has purportedly only been deported.  Given the many implausible prosecutions of Ukrainians, it seems unlikely that the absurdity of the plot prevented the FSB from bringing criminal charges, however there are certainty major problems with their story.

Whether there really is a Leonid Kaplun who transports passengers between Kyiv and Simferopol is for the moment unclear.  Given his route, and the claim that he was ‘recruited’ by the SBU to provide information about military moments and deployment in occupied Crimea, it is strange that the Russian media reports all cite the Voronezh Oblast FSB as source of information.  They also provide no information as to where he was detained.

He is alleged to have been ‘recruited’ by Ukraine’s SBU at Kalanchak, the Ukrainian checkpoint before entering occupied Crimea.  He can be heard on a YouTube tape talking about this rather bizarrely public ‘recruitment’ by a man in camouflage gear with SBU chevrons who told him that if he wanted to cross the border without any hassles he should provide them with the above information.  This would not, in fact, reflect well on Ukraine’s Security Service since a minivan driver with a fixed route is hardly a good cover for travelling around Crimea to report on military sites.  the Ukrainian does rattle off an account that makes it sound as though some of this passing on of information did already take place.

This is important since the Russian reports all claim that he was merely deported and banned entry to Russia “for 20 years” because “he had not had time to commit criminal acts”.

This has not prevented Russia from imprisoning a number of Ukrainians for supposed ‘sabotage’ plots.

One possible explanation is that Kaplun is a ‘fake’, like the supposed disillusioned Ukrainian Maidan activist on Russian television recently who proved to be a Belarusian living comfortably in Minsk.  Certainly the SB has rejected the allegations, and called them another FSB fake.

The FSB has considerable experience in extracting ‘confessions’ to crimes that never happened.  This is most often with the use of torture, though threats against family members or simply of spending years in Russian imprisonment if they don’t ‘confess’ can also be used. Many of the victims of such methods do end up imprisoned, although often on charges that do not resemble what they ‘confessed’ to.

Kaplun would not be the first Ukrainian to merely be deported after providing an SBU bogeyman story for Russian television.  Another Ukrainian ‘spy’ was reported to have been “uncovered” in Kuban (Krasnodar region of Russia) on 24 September 2018.  Serhiy Stefanenko was called an SBU officer who had allegedly tried to gather information about military sites from staff at the Russian Defence Ministry.   The FSB claimed that he had come to Russia purportedly in search of work, and had been deported from Russia.

The treatment of these two Ukrainians, if their identities are real, is in marked contrast to other cases where Russia has seized the men, held them incommunicado for many months and then got them sentenced in closed courts to 11 of 12 years. In the cases of Valentin Vyhivsky and Viktor Shur, there is nothing at all to suggest that they were spying.  Kostyantin Davydenko remains in custody now, almost a year after being seized by the FSB on supposed spying charges.  The FSB announced on February 12 that they had detained Davydenko, alleging that he had “deliberately collected and passed to the SBU  information constituting a state secret” about units within the so-called Russian National Guard, and about employees of the FSB.  This information, if passed “abroad”, could supposedly harm “the state’s security”.

The Russian-controlled website Krym Inform  posted an FSB operational video which claimed to show the seizure of “a Ukrainian suspected of spying”.  Much later in the day, presumably after interrogation by the FSB in Moscow, the standard ‘confession’ video was broadcast by Russian state media.  While Davydenko does not look obviously ill-treated, in virtually all cases where the men arrested have later been allowed independent lawyers, they have retracted such ‘testimony’, saying it was tortured out of them.

Vyhivsky, Shur and Davydenko remain imprisoned, as do many men seized as involved in entirely unproven ‘Crimean saboteur’ plots.

One possible explanation for the ‘Ukrainian spies’ deported from Russia would be that local FSB offices are simply trying to improve their statistics on ‘catching’ spies, or to prove their zealousness in ‘uncovering’ perfidious plots by Ukrainians disguised as bus drivers or the like.