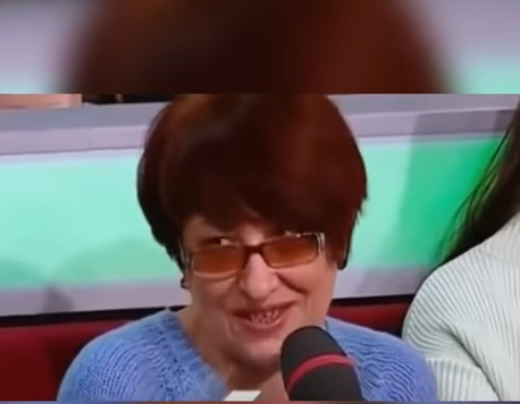 A Ukrainian woman who has actively promoted Russia’s narrative on Ukraine and supported the proxy Russian ‘republics’ in Donbas has been deported from Russia to face prosecution in Ukraine.  “Russia doesn’t abandon its own, it simply spits them out”, Olena Boiko said bitterly in a telephone interview given to a pro-Kremlin blogger from the train taking her to Ukraine.  She had been thrwon out, she added "like a dirty used rag".

The 59-year-old, whose passport name is Olena Vishchur, is originally from the Lviv oblast.  She left mainland Ukraine in 2015, first moving to occupied Donbas, then to Russia where she had been living, without any official work permit from 2016.  She became a regular participant on television talk shows in Russia for her criticism of the Ukrainian authorities and strong support for the so-called ‘Donetsk and Luhansk people’s republics’ [DPR, LPR, respectively].  She also took part in broadcasts for the pro-militant ‘Our Novorossiya’ YouTube channel. Some of her appearances can be seen in the video here.  Most of her pronouncements would benefit from a fact-check, however they were made on Russian television and were, of course, applauded, not challenged.  Since she often appeared as ‘an expert’, it seems likely she was paid for her efforts.

Boiko was detained on 10 December 2018 after neighbours complained about a drunken party at her Moscow flat.  Pro-Kremlin sources began shouting that she had disappeared, suggesting that she had been abducted by Ukraine’s Security Service [SBU].  It soon transpired, however, that it was the Russian authorities who had fined her for infringements of migration legislation and placed her in a detention unit, pending deportation.

Boiko claims that she asked for political asylum back in 2016, but was turned down.  During the court hearing on 13 December, she admitted breaching migration law, but asked not to be deported to Ukraine, because the SBU had initiated criminal proceedings against her on charges of encroaching upon Ukraine’s territorial integrity or treason.

It is unclear whether she used her right of appeal, but there was certainly outcry from at least one communist State Duma deputy, pro-Kremlin bloggers, etc. It would be hard, therefore, to doubt that the Russian authorities knew that they were sending Boiko to face criminal prosecution in Ukraine.  They would have also been aware that the charges are directly linked with her aggressive propaganda for the Russian-controlled, armed and funded ‘republics’ in Donbas.  This is important given the Kremlin’s attempts to claim that Ukraine’s detention and criminal prosecution of Kyrylo Vyshynsky on more serious, but not dissimilar charges is political persecution.

The SBU announced on 17 January that they had detained a “propagandist for ‘Russian world’, deported from the Russian Federation”.

The report states that from 2014 she had circulated anti-Ukrainian material, had promoted confrontation between Ukrainians over political views and had publicly called for the violation of Ukraine’s territorial integrity. Since August 2015, when she left for first the occupied part of Donbas, and then for Russia, she had constantly called for a change in Ukraine’s borders or system in the media.

For the moment, she is charged under Article 110 § 2 of Ukraine’s Criminal Code (encroaching upon Ukraine’s territorial integrity and inviolability).  Paragraph 2 of this article is more serious and includes cases where the actions “are combined with incitement to national or religious enmity”.  The investigation is being run by the Lviv oblast.

Boiko’s exit from Ukraine was probably prompted by a fake separatist stunt on July 17 2015 that she and a publication called Halytsky Yastrub were suspected of involvement in.  The stunt was supposed to be a mass demonstration with banners demanding greater autonomy for Halychyna (Western Ukraine).  There were, in fact, only around 20 people who stood there for 5 minutes, essentially long enough for the Russian state media cameramen to take photos which were presented on Russian TV as a 300-strong demonstration blocking one of the central streets in Lviv.  The stunt was just three days after two explosions outside police stations, and, like similar events in Odesa, seemed very clearly aimed at destabilizing the situation and presenting all of Ukraine as a hotbed of ‘separatism’ (see ‘Separatism’ in Lviv – For Money and Russian Propaganda.

In August 2015, Volodymyr Rykhlitsky devoted an article published in the Lviv publication Zakhid.net to the above-mentioned events and the ‘provocateurs’ believed to be behind them, including Boiko.

He reported that Boiko herself says she was a member of the Communist Party of Ukraine from 2004, but left it to join Halytsky Yastrub in 2011.  She claimed that this was an independent journalist investigative agency, though even the head of the Lviv Communist Party admitted that it was, in fact, the party’s mouthpiece.

Boiko herself says that she is a graduate of the Lviv University’s Journalism Faculty, although Zakhid.net pointed to evidence that during the period when she was allegedly studying journalism, she was serving a prison sentence for theft.  This is mentioned, Rykhlitsky stresses, solely to suggest that her story does not add up.

Lack of a formal journalist education would certainly not preclude a person from working as a journalist.  It does, however, seem difficult to describe Boiko’s activities in the Russian media as journalism.  Whether it constituted a crime is now for the SBU to demonstrate and a Ukrainian court to decide.