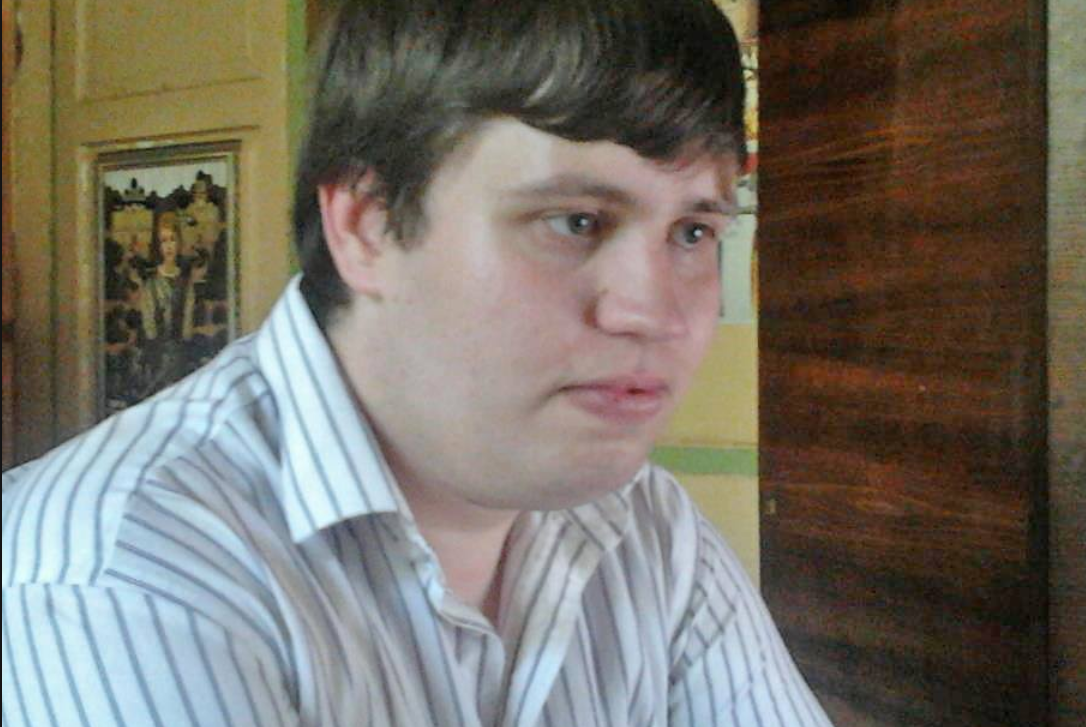 The self-proclaimed ‘Donetsk people’s republic’ [DPR] has ‘sentenced’ Stanislav Pechonkin to 10 years’ imprisonment, after taking the young man hostage while he was visiting Horlivka, which is under the Russian-controlled ‘republic’s’ control.

Pechonkin has been held hostage since January 2017, although it was some time before even his family learned what had happened to him.  The information now available has come from Pechonkin’s sister, Alina, who spoke with the Media Initiative for Human Rights.

Alina Pechonkina explains that her brother was working in Bakhmut (the former Artemivsk, which is under Ukrainian government control) back in January 2017 when he set off for Horlivka, planning to be there for a few days. He was seized there by representatives of the ‘DPR’ who accused him of spying, claiming that he had photographed military technology at the Horlivka car factory.  This enterprise has not been functioning since the summer of 2014, when it was seized by the militants who turned it into a military base.  Alina dismisses this allegation, saying that her brother could not have received a pass to get onto the factory territory. The charge does seem absurd.  Most, if not all, of the technology at this military base is from Russia, and will be extremely strictly guarded from view. If Pechonkin had seriously been seen close enough to photograph it, he would surely have been seized there and then, rather than appearing later at his home.

Pechonkin was staying at what was the family home by himself, so there was nobody there to pass on what had happened. His sister explains that their mother died eight years ago, their father has left the area and she was in hospital in (government-controlled) Kramatorsk.  After a while, they began worrying that they couldn’t get through by telephone and he wasn’t calling, so asked a friend of their mother’s to go to the flat. That was also of very limited success.  The woman visited several times, obviously not finding Pechonkin there, but finally learning from a neighbour that they had seen him being ‘detained’.  The friend went, therefore, to the so-called ‘DPR ministry of state security’ and the ‘police’ but was told there that they did not have such a “suspect”.

Such denials are fairly standard, and seldom, if ever, to be believed.  A visit by Alina Pechonkina also achieved nothing.  However in the autumn of 2017 they received a call from somebody who said she was a lawyer and that the trial was on 3 November.  She advised the family not to come, saying that they could then end up being arrested as accomplices.

Alina Pechonkina says that her brother later confirmed that the militants had wanted to add her to her brother’s supposed ‘criminal gang’.

The ‘trial’ ended in March 2018 with Pechonkin ‘sentenced’ to 10 years for supposed spying.  He is held in the Makiyivka Prison Colony No. 32  Like all political hostages, he is kept in separate premises and take out for the so-called ‘walks’ (in a courtyard, for example) very seldom since the DPR militants don’t want any international observers to see them, and have not confirmed his name on the list for exchange.

In both Russia and its proxy ‘republics’ in Donbas, social media activity gets scrutinized and any remarks viewed as ‘dissident’ can put a person in great danger.  The image Pechonkin used on his VKontakte page made his negative attitude to the Novorossiya  narrative very clear.  The Media Initiative has also found a post from 17 March 2014 which is worth quoting in full, both because of its power and because it makes it evident why he was in danger going to Horlivka.

“I am an ethnic Russian and a Russian-speaking resident of Donbas who was born and lives in Horlivka, 40 kilometres to the north of Donetsk.  There are people around me from many nationalities whose native language is Russia. Each can speak in Russian freely, can listen to songs, broadcasts…. Neither I, nor those around me, have suffered any repression on the basis of language or ethnic origin. It is simply absurd to talk about such discrimination, and even more so defence of the rights of the Russian and Russian-speaking population of Ukraine by Russia. Where have these discussions about discrimination come from?  Their initiators are the local elite which is the bloc of the former party nomenkatura and overt criminals”.

In fact, that narrative soon become part of Russian propaganda and justification for ‘supporting’ the so-called ‘republics’.  Russia continues to deny its major role in manning, arming and financing the conflict, but has maintained its narrative about ‘defending the Russian-speaking population’.