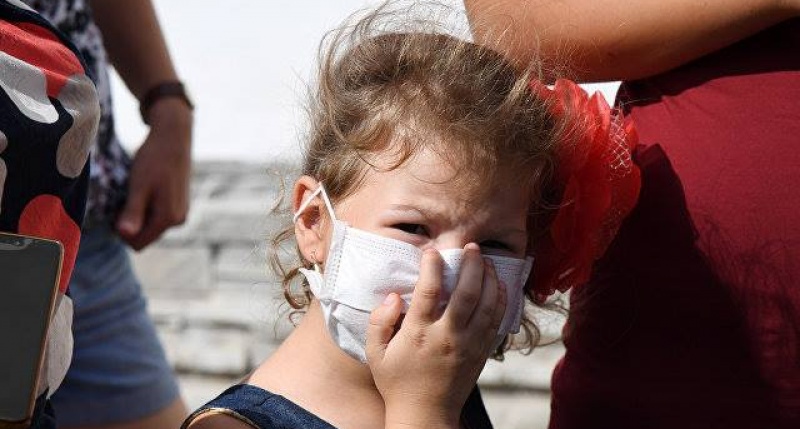 Russia has made it “a thousand times more difficult to write freely” in occupied Crimea than in its own country, according to one Russian journalist who warns that the situation is likely to deteriorate still further after a new dangerous legislative initiative. New draft bills, which clearly have the support of Russian President Vladimir Putin, propose fines or up to 15 days’ imprisonment for circulating so-called ‘fake news’ and material containing ‘overt disrespect’ for society, representatives of the authorities or state symbols.  In neither case, is there any clear understanding of what will fall under such bans, and what will not, with such uncertainty acting as a powerful deterrent, while also providing huge scope for abuse.  As well as fines or imprisonment, the bills will also material to be blocked without any court ruling.

The two bills passed through their first reading on January 24, opposed only by the very few deputies who are not members of the ruling ‘United Russia’ party.  If they are passed in later readings, they will add new administrative charges to the formidable range of weapons against freedom of expression in Russia and occupied Crimea.

One of the bills bans publications in the media and Internet of “inaccurate socially important information circulated as real news, if this has grave consequences”.

During the terrorist siege of a school in Beslan in September 2004, Moscow deliberately issued false information, saying that there were a thousand hostages less than in actual fact, and claiming that the terrorists were refusing to negotiate and making no demands.  All of this probably contributed to the horrific carnage when federal forces stormed the school on 3 September. From the beginning of the siege, there had been reports in the independent Russian media about the likely real number of hostages, and the reasons for other misleading information.  The new law would make any such reports extremely unlikely, as people would be afraid of prosecution.

The same applies to reports about recent disasters, and their likely causes, as well as to the deaths of Russian soldiers or mercenaries, fighting in Russia’s undeclared war against Ukraine, or in Syria.

Where the prosecutor’s office, FSB [security service] and courts in the vast majority of cases provide the decisions or rulings required of them by those with clout, such a law will also deter people from reporting real cases of corruption.

The second draft bill would ban publication of material showing ‘disrespect in an improper manner’ towards the public or representatives of the authorities, including deputies, judges, prosecutors, etc.  As reported, Russia’s Human Rights Ombudsman, Tatyana Moskalkova, recently claimed that this bill is in response to “public demand”.

Given the number of Ukrainians in occupied Crimea who have already faced criminal prosecution for posts or reposts on social media that were claimed to be ‘incitement to enmity against Russians’, it requires little imagination to understand the negative impact this restriction will have upon freedom of speech.

Krym.Realii spoke with Russian journalist Yelena Rykovtseva who believes that these new draft laws go beyond censorship, since, in principle, you “won’t be able to say anything”.  The laws will, of course, be used selectively, and certainly to silence criticism of governors and other local officials.

Rykovtseva points out that “it’s a thousand times harder, and more dangerous, to write freely in occupied Crimea”, where everything is “much more harsh, serious and dangerous” than in Russia.

Oleh Zubkov, a Crimean businessman, told the channel that in Crimea “nobody has the right to express their point of view, and those who try to do so on any critical issues face persecution.  There is a whole set up of Internet bots which begin blackening somebody’s name, and that’s not to mention the official Crimean media who write all kinds of foul material to order.  In my case, it was simpler – they could just make my life difficult with checks, refusals to give permits for anything.  We have masses of problems.  But those bloggers who are civic activists and don’t have their own business are subjected to insults, harassment, court suits and so forth”.

Persecution of those who express pro-Ukrainian views, who engage in civic activities in defence of political prisoners, etc. in occupied Crimea has been covered extensively over the last five years.  In comparison with some of the criminal prosecutions used, the administrative charges proposed in these laws are relatively mild.

They are, nonetheless, a further dangerous method aimed at silencing protest and concealing widespread human rights abuse, corruption and environmental disasters, such as that after the chemical spills at the Crimean Titanium Factory in Armyansk from early September 2018.

As reported, even after waiting two weeks, until 3-4 September, before evacuating children,  it still took a second apparent release of toxic emissions before the occupation authorities finally announced on 14 September that a state of emergency was to be  declared.  Kateryna Pyvovar, a young mother who called on others to protest against the lack of any action in the face of evident danger to their families, was branded as a ‘Ukrainian provocateur’ in the media and threatened with prosecution. With the occupation regime and Russian-controlled media denying any problem, despite the evident and serious respiratory and other health problems being suffered, most people received information from social media.  If these laws are passed, anybody posting such information could face prosecution.