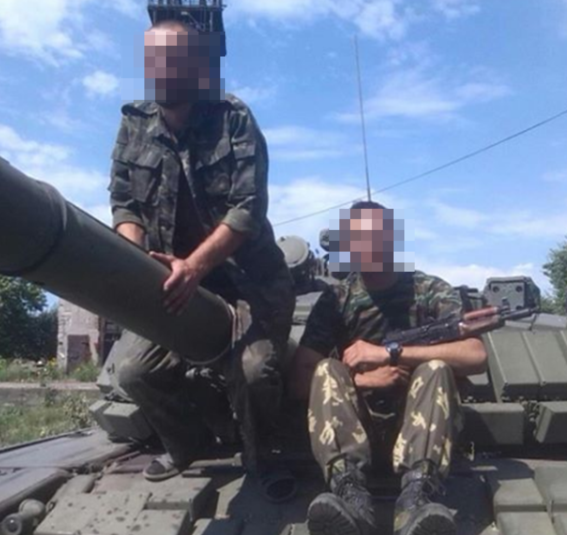 While Russia erects memorials to mercenaries and imprisons Russians only if they fight for Ukraine in Donbas, a number of EU countries are prosecuting citizens who fight for the Russian-backed militants on terrorist charges.

A second Czech national is now facing terrorism charges over his part in the fighting in Donbas, almost certainly as a mercenary.  According to the newspaper Denik N, the young man, identified only as Pavel K, was in Donbas from the summer of 2015 until May 2016.  As is most often, if not always, the case, the then 22-year-old arrived in the self-proclaimed ‘Donetsk people’s republic’ from Russia, via the part of the border which is not under Ukrainian government control.

While it seems likely, there is no proof as such that Pavel K. went to Donbas as a mercenary.  Neither the young man nor his lawyer wish to talk with the media, although the newspaper’s correspondent did speak with his mother, and neighbours.  The latter report that he did not demonstrate any strong political views, though while in Donbas he appears to have picked up the Russian and pro-Russian propaganda, and shared it, together with incriminating photos of himself with a machine gun, etc. on social media.

Whether or not he acted as a mercenary does not in any way influence the actual charges against him, though might, of course, have impact on the sentence if he is convicted.  Adam Bašný, Deputy Prosecutor in Prague, has confirmed that a Czech national was charged in February 2018 wiith carrying out a crime, recognized as an act of terrorism, under Article 311 (1)(a) and (2) (a) of the Criminal Code.  This is in connection with his alleged „armed activities as part of an illegal separatist structure, calling itself the ‚Donetsk people’s republic‘ (whose aim is to violate the fundamental political and economic structure of sovereign independent Ukraine by gaining control over its territory) against Ukraine’s Armed Forces and Security Service.“

If convicted, he faces a sentence of from 5 to 15 years, or up to 20, if the prosecution can prove that was acting as part of an organized group.

Denik N. reports that the Czech police are investigating 10 people’s suspected involvement, on the side of the so-called ‚republics‘, in the military conflict in Donbas. Pavel K’s arrest came seven months after another Czech was reported to be facing trial over alleged involvement in the conflict.  In his case, he was apparently charged with involvement in planning a terrorist attack in Donbas.  The man in question had reportedly served earlier in the Czech Army, and had also lived in Donbas.  The accused denied any involvement in the fighting in Donbas, and claimed that the photo showing him with a rifle in his hands were ‘by chance’ and that he had only wanted to look at military technology which he was interested in.

The first EU citizen actually convicted was Ben Stimson from Britain.  He was jailed for five years and four months under the UK Terrorism Act for taking part in the fighting in Donbas on the side of the Russian and Russian-backed militants.  He pleaded guilty on July 14 to assisting others to commit acts of terrorism under Section 5 of the Terrorism Act 2006 (Preparation of terrorist acts).  Stimson had originally claimed that he had not been a militant and only drove ambulances in Donbas, but later decided to admit to the less serious charge of assisting others.

Stimson had also travelled to Moscow, before being illegally taken from there into Eastern Ukraine.

In 2016, the Estonian authorities decided that an Estonian citizen, Vladimir Polyakov, should be extradited to Ukraine, also to face terrorism charges.

Not all countries have treated such involvement as terrorism.  A Latvian citizen Artem Skripnik is for the second time facing charges of attempting unlawful involvement in an armed conflict outside Latvia.

In 2018, RFERL reported that Italy has stopped “turning a blind eye” to its citizens going to fight on the side of the Russian-backed militants and had already made some arrests.

Ukraine has long tried to get Serbia to take measures to stop its nationals going to fight as mercenaries in Donbas.  Although changes in legislation have been made, the few prosecutions there have been have resulted in very mild sentences.  These cannot act as a deterrent, especially when some of the fighters are reportedly part of the notorious ‘Wagner private military company’ earning large amounts of money.  The Wagner PMC is believed to be fully funded by Yevgeny Prigozhin, a man who served prison sentences for violent crimes before becoming known as Russian President Vladimir Putin’s chef and amassing billions. The Wagner Unit has a long track record of providing highly trained fighters for Russia’s undeclared warfare against Ukraine, in Syria and in other countries.

Although acting as a mercenary is formally illegal in Russia, this is only remembered in connection with Russians who fought on Ukraine’s side, or where mercenaries, especially from the so-called ‘private military companies’ start demanding some rights.

See: Russians face imprisonment as ’mercenaries’ for fighting for Ukraine