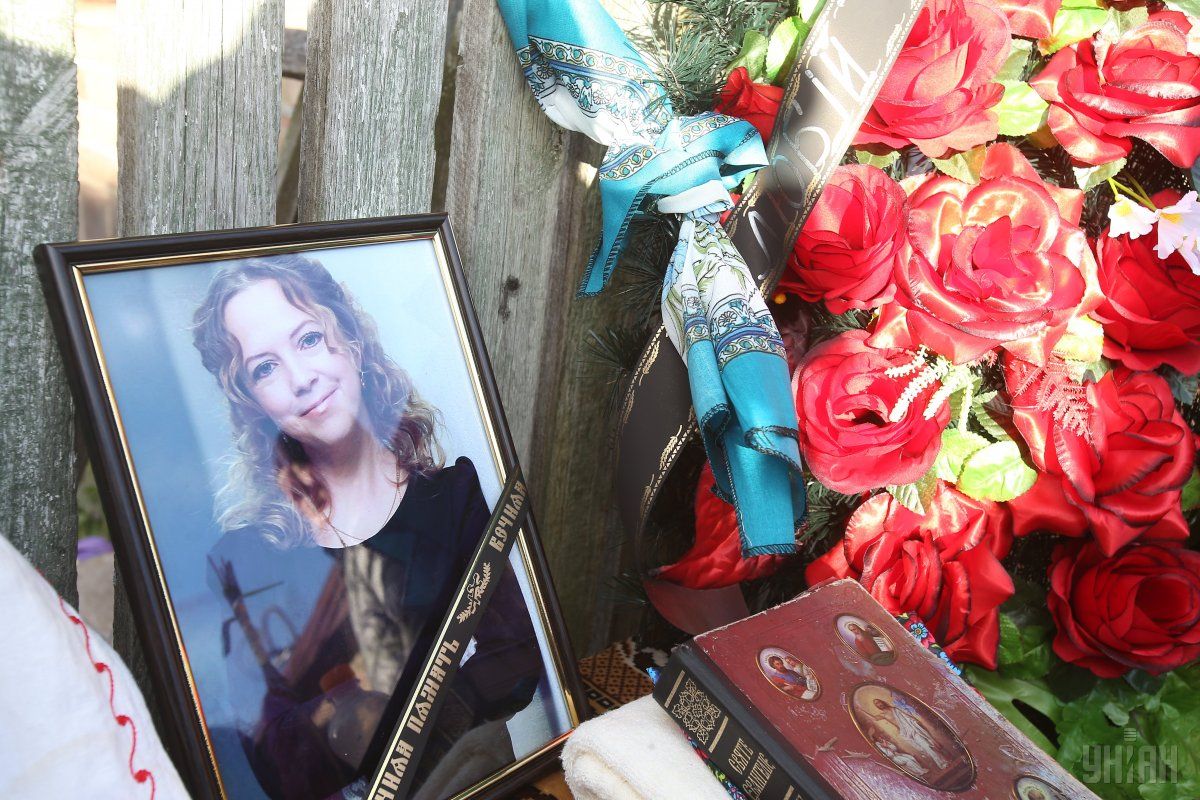 The mother of slain rights activist and lawyer Iryna Nozdrovska has publicly accused a Ukrainian MP of being behind the murder of her daughter a year ago.  The allegations are very serious, and need to be checked, but they have yet again highlighted the doubts expressed by the family and many others as to whether this horrific murder has been solved.

The MP named is Anton Yatsenko, who, from 2011 to 2014 who was initially an MP for Yulia Tymoshenko’s Batkivshchyna Party, but from 2011 to 2014 moved to the ruling Party of the Regions.  He was also Iryna Nozdrovska’s employer until Euromaidan.

Tetyana Chornovol, now an MP, but earlier a journalist and activist, had carried out various investigations into what she alleged were Yatsenko’s corrupt dealings.  She explained in January 2018 that Nozdrovska had felt unable to continue working for Yatsenko after the Euromaidan protests began.  After Maidan, she had helped Chornovol in at least one investigation into Yatsenko’s dealings, and was also involved in exposing other cases of corruption. She had been registered as Chornovol’s assistant mainly so that Chornovol’s opportunities as an MP could help in the fight for justice over the death of her sister, Svitlana.

Svitlana Sapatynska, who was just 26 and had a four-year-old son, was knocked down and killed on 30 September 2015.  There was essentially no doubt about the person who had mowed her down, only whether he would face punishment for it.  Dmytro Rossoshansky was reportedly a drug addict and had been driving, while intoxicated.  He was also, however, the nephew of a Kyiv oblast judge.

It had taken Nozdrovska two years of personally taking part in the proceedings to get a real prison sentence for the young man.  There had been an appeal against that sentence in the Kyiv Court of Appeal on 27 December, 2017.  The family had feared that the young man would be released under an amnesty, however Nozdrovska succeeded in convincing the court of the need for a new examination, taking into account evidence that the defendant had been intoxicated at the wheel. Instead of being released in court, as he and his family had expected, Rossoshansky was sent back to the SIZO or remand prison.  His father, Yuri Rossoshansky, was heard telling Nozdrovska in court that she would “end badly”.

Nozdrovska disappeared on 29 December 2017.  Her naked body was found on 1 January in a river in the Vysshorod district (Kyiv oblast) fairly near her home in Demidiv.  She had been stabbed to death, probably on the day that she disappeared.  Her murder was very widely reported in Ukraine and abroad, with the reports all focusing on her struggle to get her sister’s killer imprisoned, though examining another possible motives, all linked with Nozdrovska’s efforts to defend victims of injustice.

There was massive pressure on the authorities to find the killers, and a week later, on 8 January 2018, a person was detained on suspicion of murder.  He  soon proved to be Yuri Rossoshansky, the father of Svitlana’s killer and it was reported that he had himself confessed to the crime, and had denied that he was giving this testimony under pressure.  Viacheslav Abroskin, Deputy Head of the National Police asserted on 9 January that the investigators had also amassed a lot of material proof against Rossoshansky, though there are well-founded doubts as to whether this was true.

Concern about the investigation was expressed immediately by Iryna’s daughter, Anastasia and lawyers.  At a press conference on 11 January 2018, they pointed out that the material they had been shown clashed with the testimony given by Rossoshansky Senior.

Rossoshansky is now reportedly rejecting  his previous confession and asserting that he gave it under pressure, though not saying who put him under pressure.

The prosecution’s version was and appears to still be that Rossoshansky Senior met Nozdrovska when she got off the No. 355 marshrutka (a minivan carrying paying passengers).  He said that he had been drinking and that an argument had ensued.  He was supposed to have pulled a knife and inflicted the fatal stab wounds.

Most of the doubts were articulated from the outset,  There was scepticism whether Rossoshansky, a man born in 1954,  could have, as asserted, carried her body over his shoulder around a kilometre and a half towards the river.

The marshrutka stop is around 20 metres from the Demidiv shop.  Nozdrovska’s family told Focus.ua that they do not believe that in such a location there could have been an altercation without somebody else having heard something, nor that Rossoshansky could have carried her body along the street, before turning into an abandoned garden, without having been seen.  The overgrown state of this garden, and the difficulties of the road, including a ditch around two metres deep, would also raise doubts as to whether Rossoshansky was in a fit condition to do so and make it hard to understand why.

The apparent answer that he wanted to reach the river in the hope that the body could thus be washed away or sink does not work, nor does the prosecution’s assertion that the body was washed up to the shore . Rossoshansky lives in Demidiv and knew, as did everybody else, that this river in late December is more like a shallow stream.

Nozdrovska’s father is convinced that his daughter’s body had not been in the water for three days, after being dropped from the bridge.  He believes it was brought there by car, and says that he saw fresh car tracks on the relevant track road that leads to the river.

The trial of Rossoshansky began two months ago, with the charge of murder with particular brutality. Focus.ua spoke with Rossoshansky’s lawyer Oleksiy Tsybenko who asserts that his client was promised a suspended sentence if he confessed to the crime.  “This was confirmed by the investigative experiment when Rossoshansky couldn’t carry a woman over his shoulder more than two steps”, he claims, as well as the forensic assessment.

Oleksandr Panchenko, the Nozdrovska family’s lawyer, says that he was expecting Rossoshansky to withdraw his confession once he realized that he would not get a suspended sentence. He adds, however, that when you look at the evidence, it is clear that Rossoshansky was familiar with the circumstances of Iryna Nozdrovska’s murder.  How did he know them if he is now claiming to have confessed under duress?

Nozdrovska’s father told Focus that they believe Rossoshansky was involved, but not alone.   His wife’s accusation on 28 January caught many people by surprise.  It is unclear what it is based on, but what has been painfully evident is that there remain very many questions that must not go unanswered.