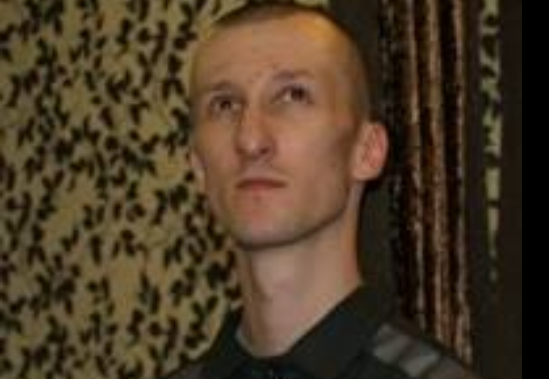 It is almost five years since Oleksandr Kolchenko was arrested in occupied Crimea, together with Ukrainian filmmaker Oleg Sentsov, illegally taken to Russia and sentenced to 10 years on fictitious charges.  He remains fully enrolled in his university and the staff are willing to let him finish his degree by correspondence.  Russia, however, is refusing to allow this and repeating its shocking claim that Kolchenko has ‘automatically’ become a Russian citizen and cannot study in a Ukrainian university.

Volodymyr Kazarin, Dean of the Tavrida National Vernadsky University explains that both he and Ukraine’s Human Rights Ombudsperson have made several approaches to the Russian prison service over the last year and a half, with all rejected.  There is no reason at all why a Ukrainian should not be able to study by correspondence from a Russian prison, and Kazarin is convinced that there has been an order from above that Kolchenko should have no contact with Ukraine.

Kolchenko is not from an affluent family and was working and studying at the same time, as well as being an environmental activist.  He was in his second year at TNU when arrested.  His university, which was forced to relocate to Kyiv, formally reinstated him in April 2017, with the students and lecturers simultaneously beginning a campaign, demanding his release and calling on students from other Ukrainian, US and European universities to support their action.

Kazarin explains that the university was willing to send Kolchenko a laptop, but the prison service blocked this and his studies.

Russia’s attempts to foist its citizenship on both Kolchenko and Sentsov have been widely condemned as totally illegal.  Since Russia is unable to concoct any proof of either man having taken on Russian citizenship voluntarily, they have tried to claim that they ‘automatically’ became Russian citizens.

Both Kolchenko and Sentsov objected vehemently when Russia began claiming the men to be its citizens. With the prosecutor initially denying Kolchenko’s Ukrainian citizenship altogether, his lawyer lodged an application with the European Court of Human Rights.

It is frustrating that ECHR is dragging its heals on all cases involving Crimean victims of persecution, since there can be no question that this forced ‘Russification’ is anything but a flagrant violation of the men’s rights (more details here).

A member of the Ural Human Rights Group visited Kolchenko at the beginning of February and reported that he is looking painfully thin, pale and very tense.  He had recently been placed in a punishment cell where the conditions are particularly bad.  The pretext was that he had been moving around the prison colony without permission.  As human rights activist Tatyana Shchur notes, all prisoner do this, but on certain days (and this was on the eve of Orthodox Christmas), certain prisoners get singled out and punished.

Kolchenko, Sentsov Gennady Afanasyev and Oleksiy Chirniy were arrested in May 2014.  They were held incommunicado, then taken illegally to Moscow and only allowed to see lawyers after several weeks, almost certainly to hide the signs of torture.

Everything about the ‘trial’ was absurd.  Kolchenko is a committed left-wing activist, and it was inconceivable that he would have had anything to do with a right-wing nationalist ‘Right Sector’ plot.  There was also nothing to suggest any presence of Right Sector in Crimea at all.

Avoid politics or discussion of their cases.  The letters should not weigh more than 100 g and it would be good to give a return address since they will probably want to reply.