Kazakhstan opposition activists beaten up and threatened with deportation by Ukraine’s Security Service Opposition journalist facing political persecution is in danger of extradition from Ukraine to KazakhstanUkraine will be in direct violation of international law if it extradites Kazakh opposition journalist Zhanara AkhmetUkraine refuses asylum to journalist facing persecution in KazakhstanPoroshenko accused of creating a weapon against critical NGOs, like in Russia & KazakhstanUkraine refuses to free journalist & asylum seeker facing persecution in KazakhstanLeading Opposition Media In Kazakhstan Face ShutdownKazakhstan: Journalist hounded by courtsIn Kazakhstan, a season of murder and a lost local heroOn the events in ZhanaozenKazakhstan: Public figure on trial for defending strikersKazakh court jails 13 for Zhanaozen riotsKazakhstan warns about ’evil’ foreign reportersStatement on the right to a fair trial for oil industry workers from ZhanaozenKazakhstan: Suspend Trial, Investigate Torture AllegationsKazakh TV station’s journalists complain of police harassmentKazakhstan: Riot investigator denies lack of access to Zhanaozen residentsCriminal investigation into shootings of protesters by Kazakhstan policeWoman alleges abuse at Kazakh Police StationOpen Appeal to the Kazakhstan Authorities
• Topics / News from the CIS countries 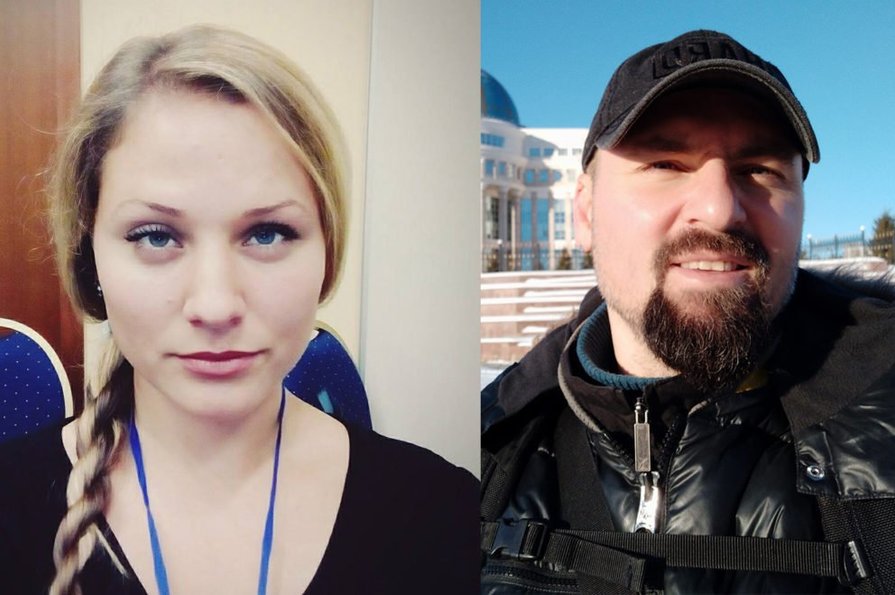 Two Ukrainian human rights activists have disappeared in Astana while on a mission investigating cases suspected of being politically motivated for the Italian Federation for Human Rights [FIDU].  There was no news at all of Ludmila Voloshina’s whereabouts for most of the day, however Ukraine’s Foreign Ministry has now confirmed that she and Valery Yavtushenko have been detained and are being held in the Migration Service.

Since the two Ukrainians were officially part of the FIDU mission, there was concern that Voloshina had been abducted by the men who burst into her hotel room in Astana, claiming to be from the Migration Service.  She had managed to begin making a phone call, but the men grabbed the phone from her. She had been taken from the hotel and all contact lost. t was later learned that Yavtushenko and a local lawyer had been seized shortly after this, with the men also identifying themselves as from the migration service.

Natalia Panchenko is also from FIDU and, in reporting Voloshina’s apparent abduction, she suggested that this was the beginning of the Kazakhstani authorities’ death throes.  She was in no doubt that Voloshina had been seized because she had been present at the trial of opposition activist Aigul Akberdy and had spoken with the chairman of the court in Aktau which had, on 6 February, acquitted Akberdy.  The judge, Malik Kenzhaliyev had explained that he had been dismissed and had faced other pressure.  Panchenko says that there had been a dangerous attack on the judge the previous day.  A car had tried to run him down, though thankfully he managed to get out of the way.

FIDU has since issued a statement in which it does not mention this attempted attack but does confirm that Kenzhaliyev had been dismissed because of the acquittal and had expressed fears for his safety.  He had asked for meetings with EU diplomats and it was to attend these that Voloshina and Yavtushenko had arrived in Astana.

The Italian NGO has learned from the Ukrainian consul that the two Ukrainians are being held by the migration service who have refused, in breach of international law, to let them see the consul. FiDU stresses that the two Ukrainians’ migration cards made it quite clear that they were there as part of the FIDU mission aimed at monitoring prosecutions which appeared to be politically motivated.  The mission had begun on 1 February and had been scheduled to continue until 16 February.

FIDU notes that it has organized observer missions to Kazakhstan since April 2018 and praises “the constructive dialogue with the authorities of Kazakhstan, which has made the missions possible and fruitful”.  It warns that such cooperation is at risk if their observers are to face such treatment.

The human rights situation in Kazakhstan is described by Human Rights Watch as ‘poor’ with the authorities not permitting peaceful protest criticizing government policies, and ongoing politically motivated prosecutions.

38-year-old Akberdy is the wife of a political prisoner - 44-year-old Ablovas Dzhumayev who is serving a 3-year sentence on charges of ‘incitement to enmity’ and ‘calls to violent seizure of power’.  According to the Open Dialogue Foundation which focuses on rights issues in Kazakhstan (and other countries), he was sentenced for criticising the authorities on social networks and supporting the opposition movement ‘Democratic Choice of Kazakhstan’ (DCK).

Akberdy was also charged with ‘calls to violent seizure of power’, but acquitted, something that happens very seldom in political cases.

A list of other political prisoners in Kazakhstan can be found here.