Reshat Ametov, and the torture and killings with impunity that Russia brought to Crimea 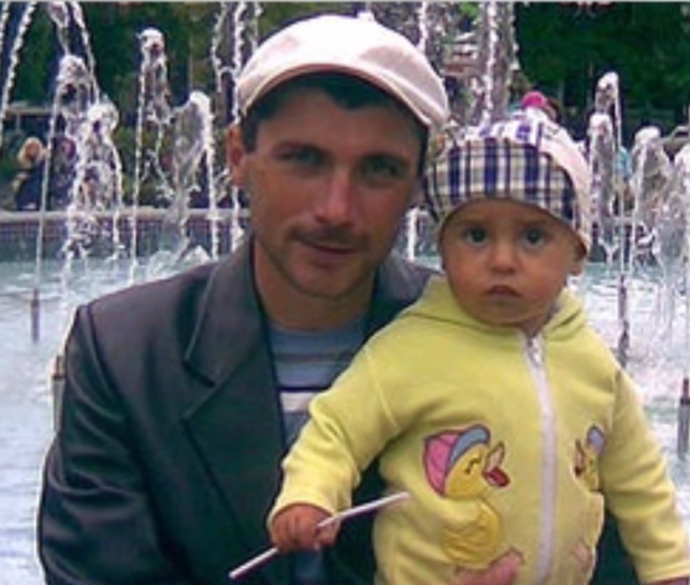 It is five years since 39-year-old Reshat Ametov was abducted while standing in silent protest against Russia’s invasion of his homeland and tortured to death. His was not the only abduction by the armed paramilitaries whom Russia let leash on Crimea, with none having ever been properly investigated.

Reshat Ametov was married, with three small daughters.  In the evening of 2 March 2014, he had tried to persuade the neighbours who were guarding their village against the armed paramilitaries to come with him in peaceful protest on 3 March.  They were fearful and advised him to also stay at home.

His abductors, who were almost certainly also his murderers, can be clearly seen on video footage, as can the car he was driven away in, yet the de facto authorities under Russian control have claimed that they can’t identify the culprits, and have only ever pretended to carry out an investigation.

His was not the only abduction, nor were the following the only victims.  Timur Shaimardanov was 33 when he disappeared on May 26 2014.  A civic activist, he had been actively involved in peaceful protest against Russia’s annexation of Crimea and had been taking food and cigarettes to trapped Ukrainian soldiers.

33-year-old Seiran Zinedinov disappeared a week after Shairmardanov, on May 30.  Contact with him was lost shortly after he left Shaimardanov’s relatives whom he had visited to discuss efforts to find him. At the time his father reported specific details about a car which had possibly been involved in his son’s abduction.

Human rights groups believe that both men were abducted by paramilitaries, as had been many other activists, like Andriy Shchekun, who were tortured but finally released.  Shchekun says that his abductors and torturers were from a group run by Igor Girkin, the Russian military intelligence man and Crimean Igor Bezler, both heavily involved in first the annexation of Crimea and then the war in Donbas.

Vasyl Chernysh, an Automaidan activist from Sevastopol was last seen on March 15, 2014, the day before the so-called ‘Crimean referendum’.  Two young Maidan activists from Rivne in Western Ukraine set off for Crimea at the beginning of March 2014, to help the pro-Ukraine movement and have not been seen since.

Islam Dzhepparov was just 19 when he was abducted in Crimea on Sept 27, 2014, together with his 23-year-old cousin Dzhevdet Islamov.  Despite the fact that they were seen being forced into a dark blue Volkswagen Transporter and taken away in the direction of Feodosiya, with the police even having the minivan’s registration number, they have not been seen since.  There is nothing to suggest that the Russian-controlled authorities even tried.

The same is true of the abduction of Ervin Ibragimov, a member of the World Congress of Crimean Tatars on 24 May 2017.  The video footage showing men who appear to be in traffic police uniform seizing Ibragimov and the FSB’s behaviour since almost certainly explain why there has been no serious attempt to find Ibragimov and / or his abductors.