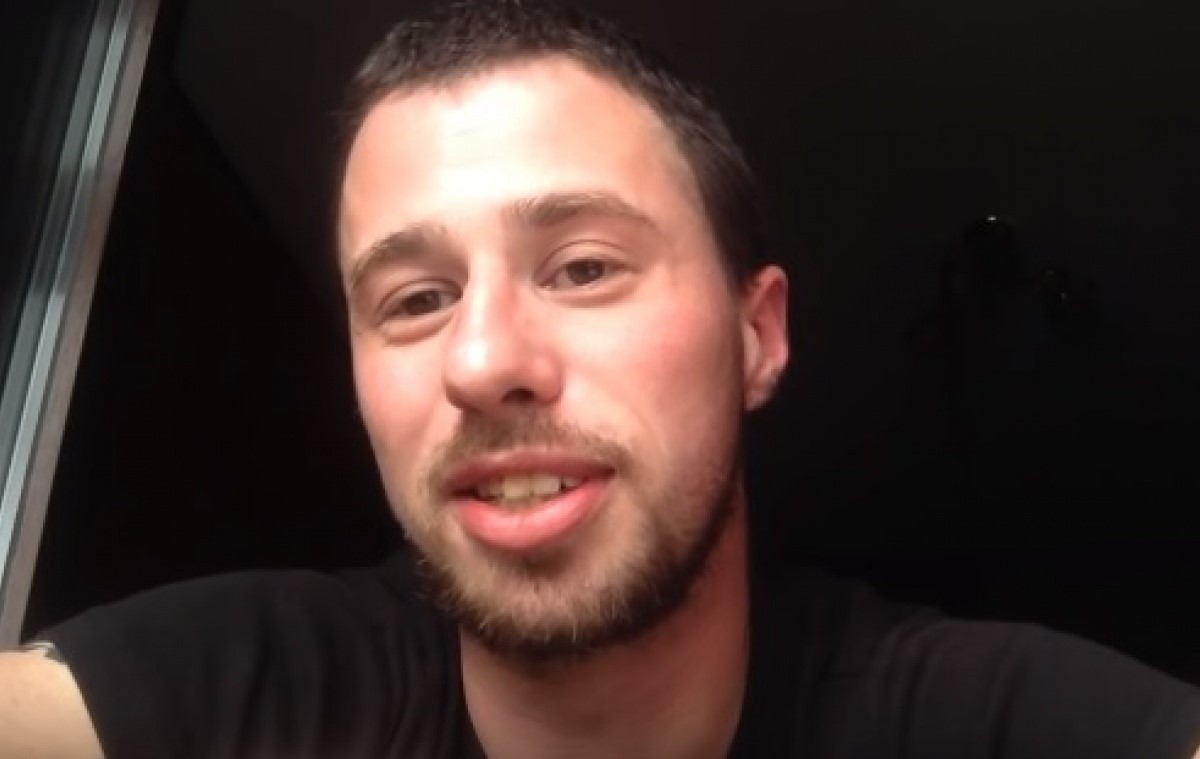 Another name has been added to the mounting list of Russian-backed Donbas militants who have been killed or arrested by their own former ‘comrades’.  Denis Lotov is a blogger and ex-fighter from the self-proclaimed ‘Donetsk people’s republic’ [DPR] whose fall from grace is probably because of the inconvenient truths he told, including about the real culprits of a shelling tragedy which the militants tried to blame on ‘Ukrainian saboteurs’.

Despite Lotov’s connection with ‘DPR’, he is understood to have been imprisoned by the so-called ‘ministry of state security of the Luhansk people’s republic’ at the end of December 2018.  His wife Olena reported on 10 January that Lotov was being held in the Luhansk SIZO [remand prison].  He is now, it seems, to be put ‘on trial’ for supposedly stirring up enmity and for slander.

Lotov has repeatedly accused the ‘LPR ministry of state security’ of, for example, drug trafficking and enabling illegal transportation of drugs between Russia and government-controlled Ukraine.  He asserts that the head of this ‘ministry’, Ihor Kornet was fired from the Ukrainian police force for taking bribes.

In the summer of 2018, Lotov spoke openly of how, on 22 January 2015, so-called ‘Cossacks’ supporting ‘DPR’ had shelled a trolleybus stop in Donetsk.  At least eight people were killed in the attack which the Russian-backed militants, and Russian propaganda media, tried to blame on ‘Ukrainian saboteurs’.

Shortly after this, Denis Kazansky, one of the well-known Donetsk journalists forced out of Donbas after the Russian-organized seizure of power, managed to contact Lotov and organize a Skype interview.

Lotov was involved in the pro-Russian ‘Oplot’ movement, together with Yevhen Zhylin, a Kharkiv anti-Maidan activist who was suspected of involvement in violent attacks and abductions of Maidan activists.  Zhylin was shot dead in Moscow in 2016, one of many of the original – and –‘ideological’ – supporters of Moscow’s ‘Russian world’ narrative  to have died in highly suspicious circumstances.

Lotov asserts that Zhylin was in conflict with Oleksandr Zakharchenko, the leader of ‘DPR’ installed in August 2014, just after the downing of Malaysian airliner MH17 by a Russian Buk missile made Russia hastily remove the former Russian leaders like Igor Girkin.   Lotov claims that there was a conflict between Zhylin and Zakharchenko over the latter’s people’s appropriation of trucks which Zhylin was using for his business interests.  Zhylin had supposedly phoned Zakharchenko and threatened to seek his removal from office if he didn’t return the seized freight.

Zhylin was shot dead soon afterwards, on 19 September 2016.  According to Kazansky, it was because of this that Lotov, a friend of Zhylin’s, had become disillusioned with ‘DPR’ and wanted Zakharchenko to answer for his deeds.

In fact, Zakharchenko was killed soon after the interview, in a bomb blast on 31 August 2018.  Although both the militants and Russia tried to claim that Ukraine’s Security Service was behind the attack, the level of security around Zakharchenko makes that very improbable.

Lotov is not the first apparent supporter of the Russian-controlled ‘republic’ to have found himself imprisoned and, probably, tortured, for expressing criticism of those wielding power.

Roman Manekin, a 53-year-old Russian propagandist for the supposed ‘republics’ and ‘Russian world’ ideology was reported to have disappeared in November 2018, soon after he criticized the new Kremlin-backed ‘DPR leaders’ and initiated a petition against fake elections scheduled for 11 November.

As reported, he had earlier disappeared in October 2017 and there were even rumours then that he had been murdered.  What proved to be his torture and detention came after he criticized at least one ‘DPR’ leader, and also rejected the official narrative about the violent death of Russian mercenary and murderer Arsen Pavlov [‘Motorola’].

On that occasion, Manekin was finally released, even spoke of having been tortured, yet still remained in ‘DPR’ and continued to believe that he could write and say what he wanted.

These ‘arrests’ show how badly both men were mistaken.