Fatal attack on Roma Camp in Lviv leaves young man dead, a child and others injuredThird violent attack on a Roma camp in Ukraine in just over a monthAnother Roma camp attacked and burned down in Ukraine, with police seeing only ‘hooliganism’Appalling images from neo-Nazi C14 attack on Kyiv Roma camp force police to retract denialUkrainian neo-Nazi C14 vigilantes drive out Roma families, burn their campFar-right thugs attack Ukrainian film festival DocuDays human rights eventsUkrainian ‘C14’ Neo-Nazis openly offer to act as thugs for moneyTrial begins of two C14 far-right activists accused of killing controversial journalist Oles BuzynaUkrainian police disturbingly passive during far-right attack on Kyiv gathering in memory of Markelov & BaburovaCrimean Tatar civic journalist sentenced to 11 years for refusing to collaborate with Russia"s FSB ‘In Sloviansk, we watched out of the window as people held up the train tracks with crowbars so we could pass through’ ‘Sashko and Vasyl Vasylovych were killed during shelling, and Slavko and Mykola were shot by the Russians’Russians brutally tortured and sometimes killed Ukrainian civilians in village school in Kherson oblast She found out she was pregnant the day Russia invaded‘There was a human being, and the body was torn apart in an instant’ — a Mariupol graduate who went through hell‘Stand up for your convictions, even if you stand alone!’ Anti-war activities in Russia, 3-9 OctoberZelensky urged to veto law that puts Ukraine on track for more damning European Court judgments ‘Mogilisation’. Anti-war activities in Russia, 26 September to 1 OctoberMariupol, an Example of GenocideLook at this instead. Anti-war activities in Russia, 2-11 September 2022
• Topics / The right to life
• Topics / Interethnic relations

Lviv teenagers on trial for fatal attack on Roma settlement 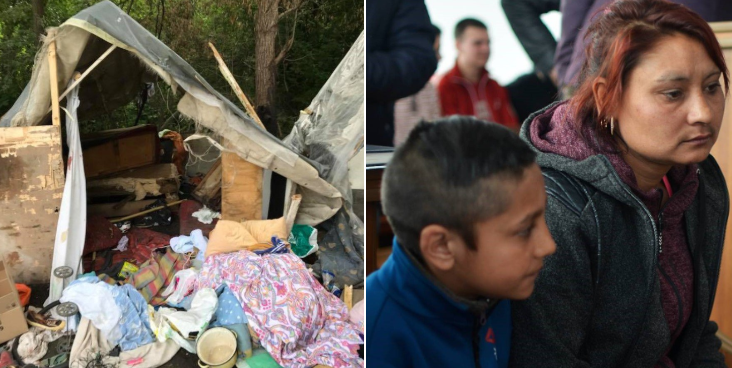 The trial has begun in Lviv of 10 young men, all but one of whom are underage, over a horrific attack on a Roma settlement on the outskirts of Lviv in which 23-year-old David Pop was stabbed to death, and four others, including his wife and a 10-year-old child, injured. Despite apparent recognition that this was a hate crime immediately after the attack, the prosecution now says it will not be insisting that it was racially motivated.

Most of the 10 (or, according to one report, 13) defendants are still school students, with seven of them only facing charges of hooliganism.  Three young men are also facing much more serious charges.  20-year-old Andriy Tychka is accused of having caused Pop’s death “out of hooligan motives”, of having organized the attack and of having drawn minors into criminal activities. One minor is also accused of having caused death, while another is charged with inflicting grievous bodily harm  Tychka and one other are in custody, while the other defendants are under house arrest.  If convicted, Tychka could, in theory, face up to life imprisonment.  The two minors who are also accused of murder face a maximum of 15 years’ imprisonment.

Some, if not all, of the adolescents on trial deny involvement in the killing and in violence generally.  Tychka’s lawyer, Ivan Yatsyshyn, also says he does not agree with the indictment and that he will seek to prove that his client deserves a more lenient sentence. He did not explain the grounds for deserving leniency, and clearly understands that he does not need to, given that during the preliminary hearing at the Sykhivsky District Court in Lviv on 14 March, the judge ruled that all hearings will be behind closed doors due to the age of most of the defendants.

As well as the defendants, their parents and lawyers, the hearing was attended by the four Zakarpattia Roma who were injured in the attack, including David Pop’s widow, Iboya Rats, and both his and her brothers.  The attack had a major effect on the Roma residents of the camp.  They had returned to Zakarpattia and try not to leave their village.  Dmytro Shvets, the lawyer representing the victims, says that he could only persuade them to attend the trial by seeking additional security for them.

As mentioned, the most startling news was that the prosecutor Volodymyr Telepko, despite an initial criminal investigation into racial discrimination, says that the prosecution “will not be insisting on motives of racial intolerance”.  This is, he says, for want of proof, noting that they had been in an organization espousing a healthy lifestyle, and against alcoholism and drug addiction.

It was reported at the outset that the young men had all acknowledged involvement in an  organization called ‘Sober and angry youth’ [«Твереза і зла молодь»].  The organization was not officially registered, and its YouTube page and other social media pages were deleted immediately after the police arrests, on 24 June.

The videos, etc., may have been deleted, but they had been seen, and they were not just about a healthy life style.  According to the Lviv publcation Zakhid.net, the YouTube page was entitled Lemberg Jugend, or Lviv Youth in German, with the name carrying obvious associations with Hitler Jugend.  One of the videos which called itself a “small report about a safari on gypsies” showed several adolescents harassing Roma.  There was apparently another video threatening to come looking for people taking drugs, and showing an attack by a group of adolescents on several young men. A Telegram page was created on 20 April 2018 (Hitler’s birthday) and had 51 people subscribing.  Zakhid.net writes that of the over 70 posts, many are in Russian, and most are motivating phrases in Nazi style.  One is a stylized picture of Hitler with the words: “An idea without deeds is dead”.   The organization uses symbols of the far-right Misanthropic Division.

Zakhid.net expressed scepticism about this group of adolescents who had only begun posting Nazi slogans and images over the last two months, and had then donned masks, taken knives and attacked a Roma camp.  Ukraine’s Interior Minister and other official figures went even further, asserting that the events were the result of provocation by the Russian security services.  In the monitoring report Xenophobia in Ukraine 2018, Vyacheslav Likhachev writes that the information available makes it difficult to believe this.

Many other commentators put the blame squarely on the enforcement bodies for having reacted much too weakly to a spate of such attacks on Roma settlements in different parts of the country.