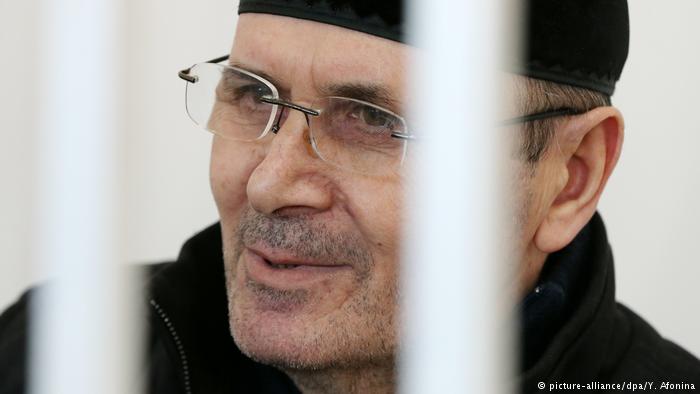 As the trial of prominent Chechen human rights defender Oyub Titiev, who faces up to ten years in prison on fabricated drug-possession charges, enters its final stages and with a verdict expected imminently, Amnesty International’s Russia researcher Natalia Prilutskaya, said:

“The repressive machine of the Russian criminal justice system is in full swing, and we have already seen enough in this case to know that the purpose of Oyub’s trial is not justice but revenge. He is facing years behind bars if convicted and there are clear signs that, despite all the evidence in his favour, acquittal is not on the cards.

"Throughout this trial, we have seen how compelling arguments presented by the defence have been routinely dismissed, while police officers summoned by the prosecution were allowed unquestioningly to give testimonies that defied elementary logic and proven facts. The whole trial has been an affront to justice.

“We keep fighting for Oyub’s immediate release and call on Amnesty International’s supporters around the world to join our cause.”

Amnesty International believes Oyub Titiev is a prisoner of conscience, imprisoned solely for his work for the victims of human rights abuses in Chechnya. Accordingly, he should be released immediately and unconditionally.

Oyub Titiev, the head of the Chechen office of the Memorial Human Rights Centre, has been detained since 9 January 2018 after police stopped him in his car and alleged that they discovered drugs in the vehicle.

Members of Memorial have been repeatedly targeted by the Chechen authorities. In 2009, Memorial researcher Natalia Estemirova was abducted and killed on the border between Chechnya and Ingushetia.