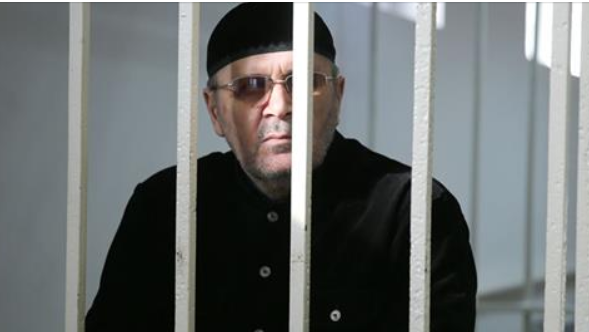 “The four-year prison sentence slapped on Oyub Tititev is an affront to human rights, reason, and justice. By pronouncing him guilty, despite all the evidence to the contrary, the court has demonstrated how deeply flawed the Russian justice system is. The court has revealed itself to be little more than a tool that the regional authorities have used to silence one of the last human rights defenders working in Chechnya.

“When this sham trial started, the human rights community called on the Russian authorities to transfer proceedings out of Chechnya, pointing out that the court will be under pressure from the regional authorities and unable to try Oyub fairly and reach an independent decision. By failing to do so, the Russian federal authorities proved to be accomplices in this gross injustice and in the violation of Oyub Titiev’s human rights.

“We call on the Russian authorities to immediately and unconditionally release Oyub Titiev as he is a prisoner of conscience, imprisoned solely for his human rights work in Chechnya.”

On 18 March, the Shali City Court sentenced Oyub Titiev, the head of the Chechen office of the Memorial Human Rights Centre, to four years in penal colony. Oyub was found guilty of “drugs possession” (Article 228, part 2 of the Russian Criminal Code). Prior to the sentencing he spent one year and two months behind bars in pre-trial detention.

Statement by the EU Spokesperson on the sentencing of Oyub Titiev, Director of the Memorial Human Rights Centre, Russian Federation

Today, a court in Chechnya sentenced prominent human rights defender, Oyub Titiev, Head of the Memorial Human Rights Centre in Chechnya, to four years of imprisonment in a penal colony. He has already spent over a year in detention since his arrest in January 2018 on evidence described by an OSCE report as obviously fabricated.

We believe that the sentencing of Oyub Titiev is directly connected to his human rights work for Memorial, an organisation that has been the subject of ongoing intimidation and harassment in the North Caucasus and beyond. We also believe that Mr Titiev has not received a fair trial. His sentencing continues a trend of arrests, attacks and discrediting of human rights defenders and journalists who work in that region of the Russian Federation. Mr Titiev's predecessor as head of Memorial in Chechnya, Ms Natalia Estemirova, was killed in 2009 and, almost ten years later, not a single person has yet been brought to justice for this crime.

The European Union expects Mr Titiev to be released immediately and unconditionally. The Russian Federation freely entered into commitments, first in Helsinki in 1975 and later in Copenhagen in 1990, to ensure “the right of everyone, individually or in association with others, to seek, receive and impart freely views and information on human rights and fundamental freedoms, including the rights to disseminate and publish such views and information.” We expect these commitments to be upheld.