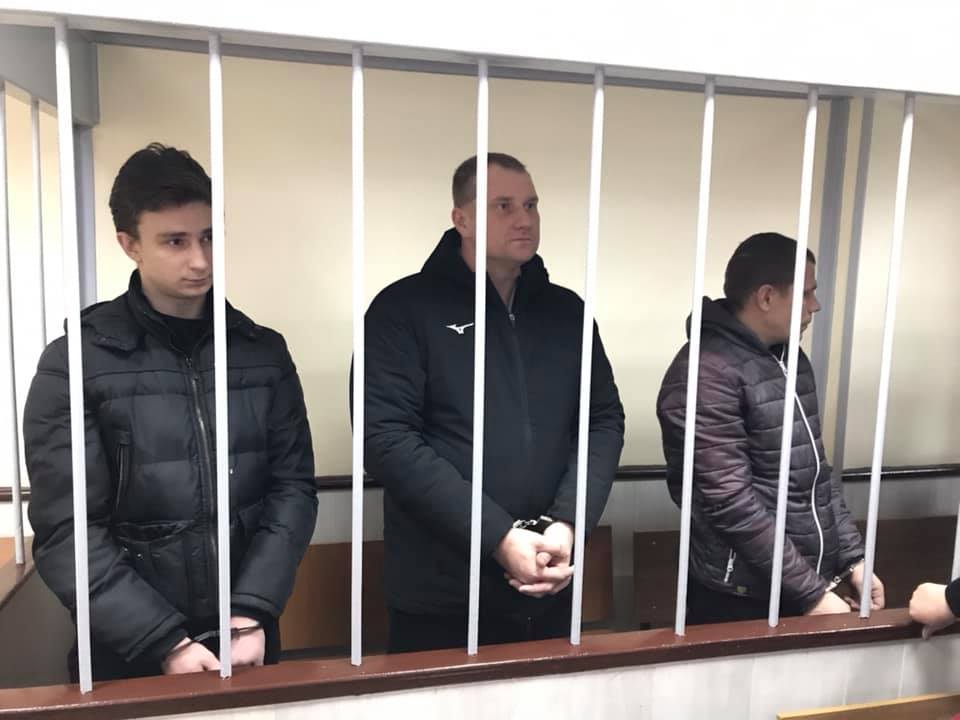 At least four of the 24 Ukrainian prisoners of war whom Russia seized on 25 November 2018 have been taken to the Serbsky Institute for supposed psychiatric assessment.  All the men are likely to be subjected to what, in the given situation, amounts to punitive psychiatry.

While there are undoubtedly occasions where psychiatric examination is a valid part of a criminal investigation, the use of such practice against Russia’s Ukrainian political prisoners can only be viewed as an abuse of psychiatry.  With respect to the 24 POWs, the situation is even more unequivocal since their treatment is regulated by the Third Geneva Convention.

Fortunately all the men are aware of their rights under the Geneva Convention.  According to Nikolai Polozov, who is coordinating the work of the men’s lawyers, Denis Hryshchenko has told his lawyer how he, Andriy Drach; Mykhailo Vlasyuk and Vyacheslav Zinchenko were taken to the Serbsky Institute on 26 March.

The so-called expert assessment took place in the absence of the men’s lawyers, with the ‘investigators’ having since issued a decision rejecting the application for the lawyers to be present.  This did not achieve anything since the men are well aware of their status as prisoners of war.  During the Serbsky Institute ‘examination’, Hrytsenko, for example, answered questions put to him only to the extent that they fell within Article 17 of the Third Geneva Convention.  This states that “every prisoner

of war, when questioned on the subject, is bound to give only his surname, first names and rank, date of birth, and army, regimental, personal or serial number, or failing this, equivalent information.”

Beyond this information, Hrytsenko, and presumably the others, rightly refused to answer any questions.

Article 17 goes on to stipulate that “Prisoners of war who refuse to answer may not be threatened, insulted, or exposed to any unpleasant or disadvantageous treatment of any kind.”.  While there is no evidence of Russia’s willingness to comply with the Geneva Convention or any other documents of international law, trying to penalize the men or declare them of unsound men would only compound the mess that Moscow has got itself into through its act of aggression in November and seizure of the 24 men.

Polozov mentions that the lawyers lodged an application on 1 April for the latest quarter report from the Office of the UN High Commissioner for Human Rights (from 16 November 2018 to 15 February 2019) to be attached to the case.  It is unclear as yet what decision the so-called ‘investigators’ will take since the report leaves no doubt as the illegality of all that they are doing.

It is already momentous that this first report after the attack on the three Ukrainian naval boats and seizure of their crews contains a section entitled International Humanitarian Law violations, but things get only worse.

The report’s authors note that “by virtue of the continued occupation of Crimea by the Russian Federation, an international armed conflict continues to exist between the two States in Crimea and international humanitarian law continues to apply there. As such, a single hostile encounter between the armed forces or assimilated armed units of two sovereign states, as the 25 November 2018 incident, suffices to trigger the application of international humanitarian law, irrespective of the pre-existence of an armed conflict.”

They note that “based on the provisions of international humanitarian law, the 24 detained crew members could be considered as prisoners of war and protected by the Third Geneva Convention. In any case, they shall enjoy the status of a prisoner of war until a competent tribunal determines otherwise.”

In short, Russia’s attempts to deny the men’s POW status are strictly for internal consumption with the international community understanding all too well the worth of Russia’s efforts to treat the POWs like ordinary prisoners, albeit prisoners who have been shot at for no reason, then arrested and charged with supposedly ‘crossing Russia’s borders’.

The 22 naval seamen and two officers from Ukraine’s SBU [Security Service] have been imprisoned for over four months, most of that time in the Lefortovo Prison in Moscow.  Polozov reported earlier that the FSB ‘investigators’ are preventing the men from receiving visits or phone calls from their families in Ukraine, with this clearly part of the unabating psychological pressure that Russia is hoping will break the men.

Their efforts have not worked, and even the FSB’s usual stunt of forcing three of the men to repeat on camera that they had ‘illegally crossed Russia’s state border’ backfired.  The men’s superiors responded from Ukraine with messages of support to the men, and a clear indication that the methods used to obtain such ‘confessions’ were understood.

A team of lawyers was organized within 15 days of the men’s seizure, with the lawyers working in coordinated fashion to prevent the Russian authorities and FSB officers from confusing and disorientating the men.  This was particularly important given that the men were being subjected to all kinds of pressure, with the FSB trying to get them to confess to having committed a crime or to give testimony against the others.