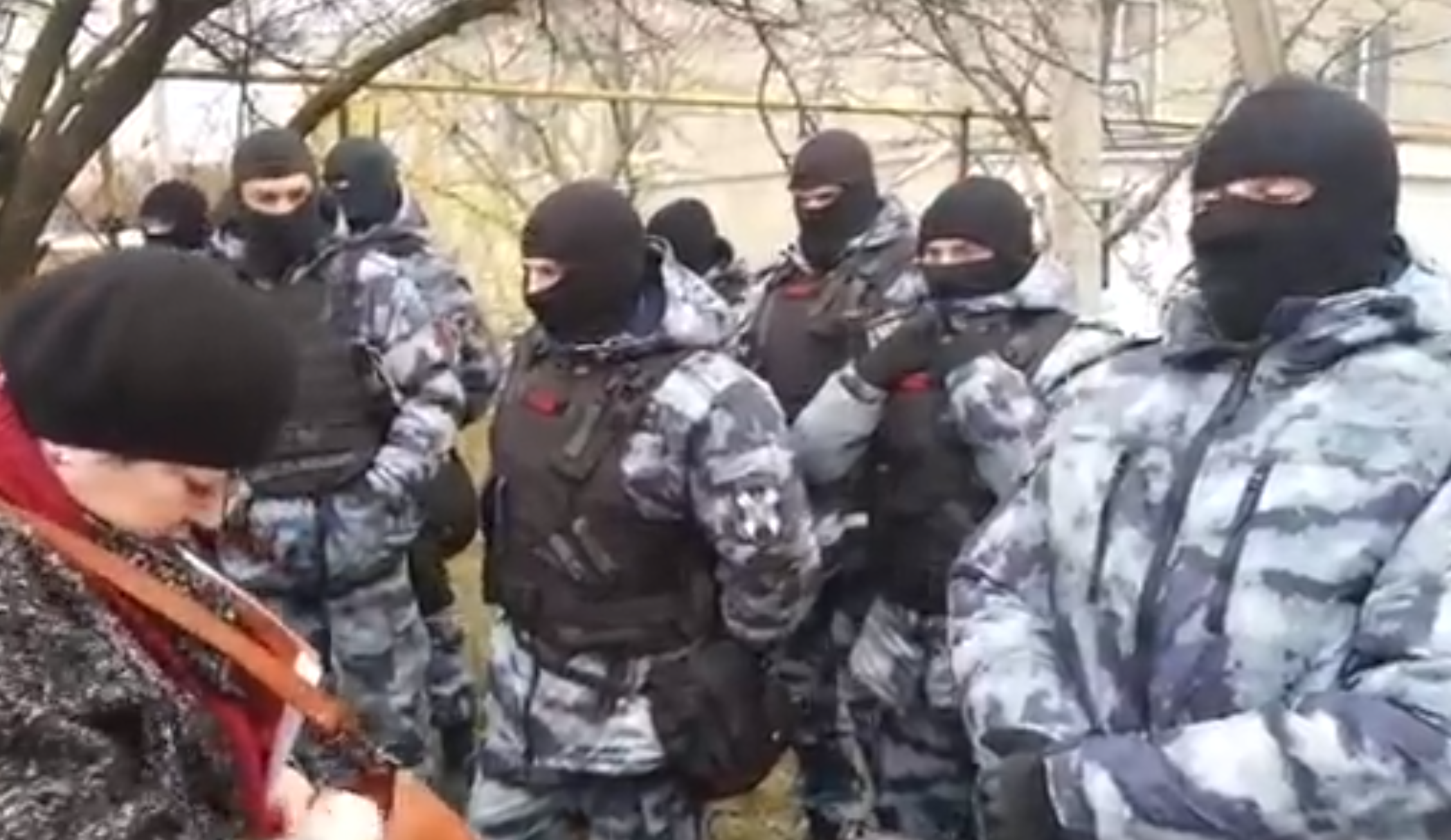 Three of the victims of Russia’s most ferocious attack on Crimean Tatar activists to date are civic journalists who recorded and circulated information about repression in occupied Crimea.  The three men, all fathers, had every reason to know the risk they faced as they are not the first civic journalists to be paying for their courage with imprisonment and likely sentences of from 10 years to life imprisonment.

All the men now imprisoned, as well as others who have faced milder forms of persecution, are activists from Crimean Solidarity, the civic initiative which arose in 2016, in response to the mounting number of political prisoners in Crimea.  As well as assisting political prisoners and their families, the initiative also sought to circulate information about searches, arrests, abductions, etc.

It was undoubtedly the latter which most riled the occupation regime, with this seen in the fact that many of the civic journalists and activists who have now been arrested on deeply flawed ‘terrorism’ charges had earlier faced politically motivated fines and / or terms of administrative arrests for reporting on rights abuses.  Those earlier measures failed to cower the men into silence, so the FSB came back, this time with charges that carry huge sentences for absolutely no crime. The men are accused of ‘involvement’ in Hizb ut-Tahrir, a peaceful pan-Islamist party which is legal in Ukraine.  The Russian Supreme Court’s secret ruling in 2003 which declared Hizb ut-Tahrir ‘terrorist’ gave no sensible reason, and there is no evidence that Hizb ut-Tahrir has been responsible for any act of terrorism anywhere in the world.  Despite the lack of any elements of a crime, the charges of ‘organizing a Hizb ut-Tahrir cell’ [Article 205.5 § 1 of Russia’s criminal code] can carry a life sentence, while ‘involvement in such a cell’ [ Article 205.5 § 2] carries a sentence of between 10 and 20 years.

In light of the evident attempt by the Russian occupation regime to stifle the main source of information about rights violations, Crimean Solidarity on 3 April issued an appeal on the persecution of civic journalists in Crimea.  It points out that the mass searches and arrests on 27 March were unprecedented, with 23 Crimean Tatars now remanded in custody, and the fate of Edem Yayachikov, the 24th man, who was not at home when the armed and masked enforcement officers arrived, still unknown.

Crimean Solidarity focuses, in particular, on the three civic journalists, who on a voluntary basis recorded details of armed searches and arrests on their mobile phones and circulated information about repression.  It also provides important background information about the emergence of civic journalism, following “the total purge of all independent media in 2014-2015 in Crimea” and the “endless arrests, searches and court hearings in Crimea”.

This was a development forced on people, the authors of the appeal stress.  “People understood that besides information, there was no defence on the peninsula against repression”.

The three civic journalists / streamers and bloggers arrested on 27-28 March were Remzi Bekirov; Osman Arifmemetov and Rustem Sheikhaliev. Bekirov has been providing coverage of politically motivated trials for the past four years. At the beginning of March this year, he became an accredited correspondent for the independent Russian Internet publication Grani.ru.   Arifmemetov and Sheikhaliev are both bloggers who streamed coverage of armed searches, etc.  Bekirov and Arifmemetov were two of the ten Crimean Tatars detained while peacefully standing outside the home of another activist, Marlen Mustafaev, where an armed search was underway.  All ten men were jailed for five days after ‘court hearings’ carried out with gross infringements.

Crimean Solidarity writes that “for four years all usual means for defending and fighting for our rights have been banned and persecuted and there are virtually no independent journalists”.  The appeal makes mention of the brief visits by independent Ukrainian, Russian or other journalists and of the extraordinary bans recently imposed on two Ukrainian journalists – Alyona Savchuk and Alina Smutko.  Both were banned entry for 10 years, almost certainly because of their reports on political prisoners.

The appeal lists a large number of other cases where civic journalists have faced detention and administrative arrest, from 3 to 10 days and / or fines. As mentioned, in a number of cases, the same people have since been arrested on much more serious charges, linked with Hizb ut-Tahrir.

The first clear sign that Russia would use Hizb ut-Tahrir charges against Crimean Solidarity activists came on 11 October 2017 when Seiran Saliev and Timur Ibragimov were among six men from Bakhchysarai to be arrested.

Later, on 21 May 2018, one of the coordinators of Crimean Solidarity, Server Mustafaev, and activist Edem Smailov, were also arrested as part of this same claimed Hizb ut-Tahrir case as the first six men arrested in October 2017.

In February 2019, without any good reason, the charges against all eight men from Bakhchysarai were made even harsher, with those against Ibragimov made even worse (details here).

Crimean Solidarity civic journalist Nariman Memedeminov was arrested on 22 March 2018 and charged with ‘public calls to carry out terrorist activities, public justification of terrorism or propaganda of terrorism via the Internet’ (Article 205.2 § 2].  These charges, which have been used to imprison Memedeminov for over a year and could lead to a 7-year sentence,  are based solely on three totally harmless YouTube videos, two of which were posted  in 2013, well before Russia’s annexation of Crimea (details here).

"These unlawful actions by the authorities and the systematic persecution of activists and journalists in Crimea (unlawful searches; arbitrary detention; interrogations; criminal and administrative arrests; and the confiscation of electronic devices) are a source of great concern since, in the absence of independent media in Crimea, civic journalists are the only people who provide objective information.”.

The Crimean Solidarity activists therefore call on Ukrainian, independent Russian and international media and human rights NGOs to support civic journalists as their colleagues at a time when they are facing persecution.  They ask that these civic journalists be admitted to journalist unions and that these unions and other media organizations apply all mechanisms to defend their rights, as would be applied in the case of professional journalists. It is vital also that human rights organizations intensify monitoring and reporting on the systematic persecution of civic journalists, and other rights violations.