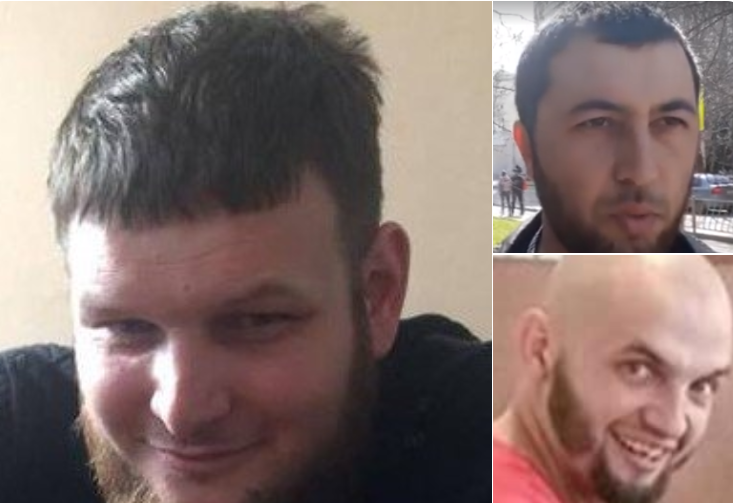 Three of the 23 Crimean Tatar civic journalists and activists arrested on 27 March were savagely beaten by the Russian FSB officers, with one beaten so badly that he lost consciousness.

News of this has only now emerged because Russia has deliberately made it difficult for lawyers to visit the men by illegally taking them from Crimea.  Lawyer Edem Semedlyaev reported on 5 April that he had finally visited his client, Crimean Solidarity civic journalist Remzi Bekirov at the Rostov SIZO [remand prison] where he has been held since 28 March.

Bekirov is one of four activists who were not at home in the morning of 27 March when armed and masked enforcement officers burst into around 25 homes near Simferopol, carried out searches and took 20 men away.  The whereabouts of one of the men, 37-year-old Crimean Solidarity activist, Edem Yayachikov, remains unclear which is of particular concern since there are reports that he too is in FSB custody.

According to Bekirov, he was in a café in the city of Aksai at around nine in the evening on 27 March, together with another Crimean Solidarity civic journalist, Osman Arifmemetov and civic activist Vladlen Abdulkadyrov.  10-15 men walked in, immediately forced them to the ground and began beating them. They were mainly kicked around the legs, although Arifmemetov was hit on the head so badly that he did, briefly, lose consciousness.

Bekirov reports that he was carrying a backpack with a change of clothes and 46 thousand roubles (around 628 euros) which he has not seen since.  In the detention protocol, he stated that this money had been on him and asked that it be passed to his wife.

The men were then handcuffed and taken to a forest where the beating continued.  Semedlyaev says that the men thought that this was the end for them.

They were then forced into a van and driven, in handcuffs with their arms behind their back, for around six hours to Timashevsk.  Throughout the journey they were abused and threatened.  In Timashevsk, some FSB officers from Simferopol put them in a different car and took them back to Simferopol, arriving at around 7 a.m.

There they faced the same ‘procedure’ as the men arrested earlier.  They were interrogated, presented with charges of involvement in Hizb ut-Tahrir, a peaceful pan-Islamist party which is legal in Ukraine, but which Russia has labelled ‘terrorist’ without providing any grounds.  Later that day a Russian-controlled ‘court’ remanded them in custody until 15 May.

They were only finally given any food late on 28 March, over 24 hours after they were seized.

All 23 men were driven to the airport early on 29 March and taken to Rostov-on-Don.  They had not been told where they were being taken, and their families were given no chance to say goodbye.

The bruises on Bekirov’s legs from the beating have been recorded, though the FSB’s torture is generally only the subject of an investigation if they beat somebody to death.

The armed searches and arrests of 23 Crimean Tatar civic journalists and activists   signalled a sharp escalation in Russia’s attack on Crimean Tatars and its offensive against the Crimean Solidarity civic initiative which helps political prisoners and their families, as well as publicising acts of repression.  Not one of the lawyers who sped to the men’s aid was admitted to the homes where armed searches were underway.  Both during these arrests, and those on 14 February, there were reports of so-called ‘prohibited literature’ having been planted, and the FSB clearly didn’t want lawyers getting in their way.

The defence and general support that Crimean lawyers and activists linked with Crimean Solidarity have provided for political prisoners have, in general, made the FSB’s life more difficult in occupied Crimea.  While powerless to prevent huge politically motivated sentences, they have served to highlight the monstrous nature of the charges and the fabrication of evidence, use of torture and other abuses common in such cases. This is undoubtedly why lawyers have also faced persecution.  Emil Kurbedinov, for example, has been subjected to two terms of administrative arrest and almost stripped of his right to practise.

Over recent months, and now particularly with the arrest of 23 (or 24) civic activists and journalists, Russia has quite openly demonstrated the price that activists will pay for defending the victims of persecution in occupied Crimea.

The hope that lawyers would be intimidated or, simply, that the scale of the new arrests would make it impossible to provide lawyers for all the men has so far proven unfounded.   A group of 23 lawyers has already been formed, coordinated by Edem Semedlyaev.  As with the 24 Ukrainian prisoners of war whom Russia seized on 25 November 2018, the lawyers have not only lodged appeals against the men’s detention, but have also filed complaints, citing the Fourth Geneva Convention.  As an occupying state, Russia has no right to apply its legislation in Crimea, nor to forcibly move Ukrainian Muslims from their homeland.

The 24 activists whom Russia has targeted