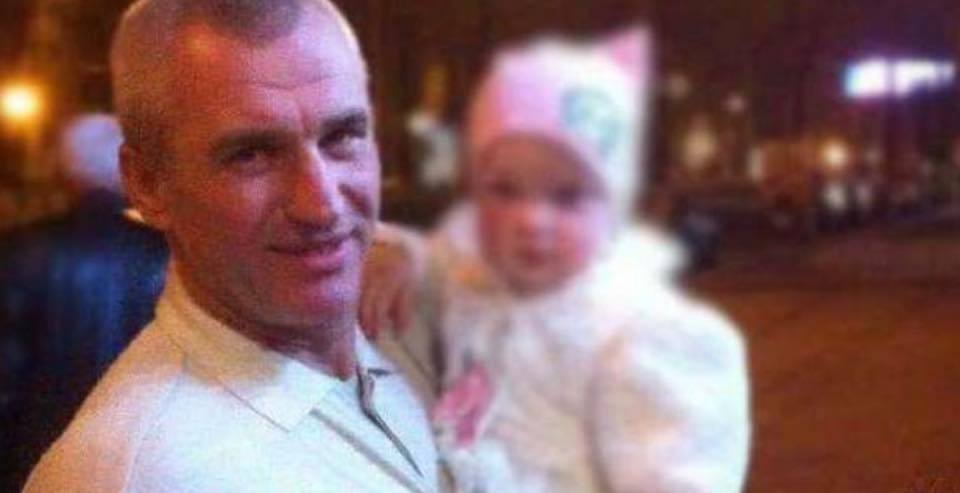 A Ukrainian bus driver has been sentenced to 3.8 years’ imprisonment in Russia on bizarre charges in the latest of many suspect prosecutions since Russia’s invasion and annexation of Crimea. Oleh Chaban has been in Russian detention since 18 May 2018 when he was arrested in Bryansk, supposedly for transporting a weapon and explosives on the coach he was driving from Vinnytsa to Moscow.  Among the numerous disturbing aspects to this story is the fact that a coach driver who had no access to the bag in question has been convicted, while the Russian who admitted it was his has appeared as prosecution witness at Chaban’s trial. Chaban’s lawyer, Yuri Bilous, is convinced that his client was targeted because he is Ukrainian.

The trip to Russia that proved so disastrous for Chaban was not his scheduled route.  He had been telephoned on 17 May 2018, just three hours before the scheduled departure, and asked if he could stand in for the normal driver who was unable to do it for family reasons.

Chaban was not responsible for receiving or checking any of the luggage carried on the coach and had no physical contact with it.  The coach had also gone through both the Ukrainian and Russian border checks without any difficulty.

It was after the coach broke down in the Bryansk oblast, just across the border, that Chaban’s problems began.  Bilous explains that the FSB turned up in the night and detained Chaban, allegedly because they had found pistols and some explosives in a bag.  The owner of the bag, a Russian, admitted it was his and gave a ‘confession’.  He initially signed an undertaking not to abscond, but then that all changed, and the owner of the bag turned into the prosecution’s main witness against Chaban and does not, himself, appear to be facing any prosecution.

The FSB appear to have decided this was insufficient and came up with a second ‘witness’, and individual named as ‘Viktor Alvares’.  The latter claims to have been in a cell with Chaban who “told him everything”.  Chaban denies this, as he does any connection with the pistols and explosives.

Bilous calls the case horrifyingly cynical.  The defence provided a huge amount of evidence of various kinds, demonstrating Chaban’s innocence and also lodged several applications to the court to have suspect ‘testimony’ rejected as inadmissible.  All were dismissed by the court.

Bilous is adamant that no proof was provided to back the charges, yet this did not stop the prosecutor from demanding a five year sentence and the court, on 22 April, from handing down a 3.8 year sentence.  According to Bilous, his client’s right to an objective and comprehensive investigation was violated, with both the FSB and the Russian courts discriminating against Chaban on the grounds of his nationality.

Hromadske Radio spoke with Chaban’s wife, Natalya, in early August 2018.  She explained that she had learned that her husband had been taken prisoner the same day from an unknown person who phoned from a Russian number.  She says she was shown photos with the bags opened in front of him.  It was evident from his face, she adds, that he was seeing the pistol, etc. for the first time.

It was only on her third trip to Russia that she was able to see the investigator.  She says that the latter admitted that if Chaban were Russian, he would have long been released as there was no testimony against him.

It is clear from local newspaper reports that he was remanded in custody, with this constantly extended, because he was Ukrainian (“a citizen of a foreign country”).   This is despite the fact that he is accused of illegally transporting and possessing weapons found in passengers’ luggage which Chaban had nothing to do with.  As Bilous points out, Chaban did not receive the actual bag, nor any documents or money and he made no attempt to contact the alleged owner of the bag.

Chaban and his wife have two children, their son already 20 years old, their daughter just a toddler.  As well as being separated from his family, Chaban has also not once been allowed a visit from the Ukrainian consul.

There have been a large number of arrests of Ukrainians since Russia’s invasion and annexation of Crimea, and his is not the only case involving Ukrainians working on transport routes between Ukraine and Russia over the past year.

In July 2018, while visiting Ukrainian journalist and political prisoner Roman Sushchenko, lawyer Mark Feygin reported coming upon another Ukrainian being held at the Lefortovo prison in Moscow.  Serhiy Buhaichuk is a train conductor from Rivne in Western Ukraine. Once again, he is alleged to have ‘smuggled’ a single pistol, as well as 10 gun barrels.

Russia’s FSB also produced another Ukrainian spying story in January 2019, involving a coach driver  who was supposed to have been transporting passengers between Kyiv and Simferopol.  The most implausible part of that story was, in fact, that the person, named as Leonid Kaplun, had supposedly only been deported. This was, of course, after the FSB produced yet another video where men seized and under their control ‘confess’ to spying for Ukraine’s SBU [Security Service].

The Crimean Human Rights Group has long been advising Ukrainians living in mainland Ukraine to think long and hard before coming to occupied Crimea and to take all precautions if they do come, including removing accounts on social media. The same advice should probably be given to people planning to visit Russia, as Ihor Kiyashko, a Poltava lawyer learned to his cost.  He was seized in Nizhny Novgorod while buying medication for his small son, and essentially forced into not challenging an 8-year sentence, for fear that the sentence might be made even harsher.  At least three Ukrainians – Stanyslav Klykh , Serhiy Lytvynov and Valentyn Vyhivsky – remain imprisoned with horrifically long sentences on fabricated charges after being seized in Russia or occupied Crimea back in 2014.