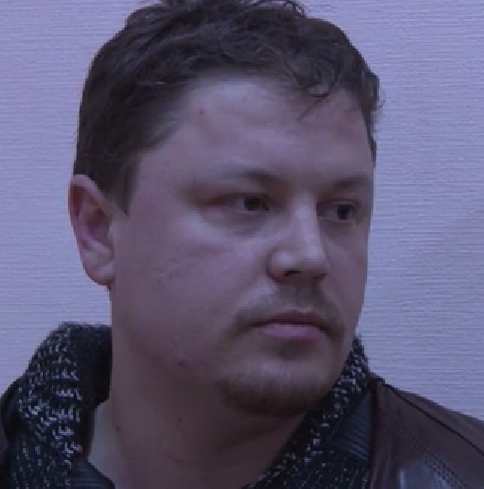 The latest trial has begun in Russian-occupied Crimea of a Ukrainian charged with ‘spying’ for Ukraine, with the only available ‘evidence’ being the standard videoed ‘confession’. The trial of 32-year-old Kostyantin Davydenko is taking place behind closed doors before ‘judge’ Andrei Paliy, who earlier sentenced political prisoner Yevhen Panov to 8 years’ imprisonment despite the lack of any evidence to back extremely implausible charges.

Davydenko was illegally imprisoned in the Lefortovo Prison in Moscow for over a year, however the case is now being held in the Russian-controlled High Court in Crimea, where he was arrested in February 2018.  The first hearing scheduled for 22 April did not take place, however there appear to have been at least two hearings since then. It is unclear whether he even has a proper lawyer, and certainly the FSB has repeatedly placed Ukrainian prisoners under huge pressure to reject independent lawyers.

Russia’s FSB [Security Service] arrested Davydenko in Simferopol on 11 February 2018.  Their initial report claimed that Davydenko had “deliberately gathered and passed to the Ukrainian Security Service information constituting a state secret about the activities and connections of the Russian National Guard and with regard to officers of the FSB, the leaking of which abroad could cause damage to the country’s security”.  Davydenko is charged with ‘espionage’ under Article 276 of Russia’s criminal code.

The Russian-controlled website Krym Inform posted an FSB operational video showing four men grabbing Davydenko, who was trying to get into a car, forcing him to the ground and handcuffing him.  claims to show the seizure of “a Ukrainian suspected of spying”.  Much later in the day, the standard ‘confession’ video was broadcast by Russian state media, with Davydenko saying that he had come to Crimea on instructions from Ukraine’s SBU [Security Service] to get information from a person he names only as Vitaly.

Obviously a real spy would need to have a good cover, but nonetheless, there seems little in Davydenko’s recent past to back the charges against him.  The 32-year-old is originally from the Donetsk oblast and, together with his father, had been working as valuers of real estate and other forms of property.  His parents remained in the area now termed the ‘Donetsk people’s republic’ by the Russian-backed militants, however he and his wife and small son moved to Kharkiv to escape the war in Donbas.

He seems to have headed a branch of It seems that he is the head of a city branch of a firm which carries out orders both on territory under the control of the Ukrainian government, and on occupied territory in Crimea and Donbas. .

From his VKontakte page, it is clear that he has been in Crimea several times. His father explains that he was there each time on work trips, to assess property.

Davydenko has been imprisoned for 14 months and was almost certainly under heavy pressure while in Lefortovo to agree to admit to the charges, either in exchange for a shorter sentence or as the results of various forms of duress.  Judging by other ‘spying’ cases, the sentence is likely to be 11 or 12 years, with the advantage of such ‘trials’ for Russia lying in the totally impossibility of checking the charges and the proof (if any) provided to back them.

Given the evidence we do have of the methods used to extract ‘confessions’, and the suspect nature of the charges, there are, at very least, reasons for concern about this new ‘trial’ in occupied Crimea.   In this case, news of Davydenko’s arrest came shortly after Sergei Aksyonov, the Crimean installed as leader by Russian soldiers, spoke of measures of security against supposed ‘terrorist attacks’ from mainland Ukraine before Russia’s ‘presidential elections’ which were being illegally held in Crimea.  Davydenko is the 15th Ukrainian to have been arrested in Crimea on charges of ‘spying’ or ‘planning sabotage’.  In all cases, the ‘trials’ have either been behind closed doors, or based solely on retracted ‘confessions’ and highly suspect ‘proof’.