Ukraine found in violation of the prohibition of torture over treatment of life prisoners10 Ukrainians imprisoned for murders committed by serial killerWhy are Ukrainian legislators willing to see innocent men serve life sentences?Lutsenko is helping block justice for innocent life prisonersDeath of Ukraine’s most famous torture victim to be reinvestigatedTortured & Almost Certainly Innocent Ukrainian Life Prisoner Dies Without JusticeForced to hunger strike in search of justice for their sonsUkraine’s MPs block last chance of justice for tortured Ukrainian prisonersJudicial Review demanded for Life Prisoners Tortured into ‘Confessing’ to AnythingJudicial reform dilemma for Zelensky“Exceptional lawlessness requires extraordinary methods”. Ukraine’s leaders urged to free Volodymyr PanasenkoLife sentence for a crime somebody else admitted toIn Ukraine a life sentence is for life even when you’re innocentUkraine ordered to pay massive damages over police killing and cover up25% of the new Supreme Court judges received negative assessmentsDefender of dictatorship laws set for judge post in Ukraine’s Supreme Court ‘reform’Dodgy life sentence proves no impediment for Ukraine Supreme Court judge vacancySupreme Court Candidate Exposed for Sentencing Innocent Man to Life ImprisonmentWhy do Ukrainian MPs want to prove that Ukraine is just like Russia?Maxim Orlov - zero evidence but sentenced to life for good statistics
• Topics / The right to a fair trial

Life prisoners freed in court in important first for Ukraine 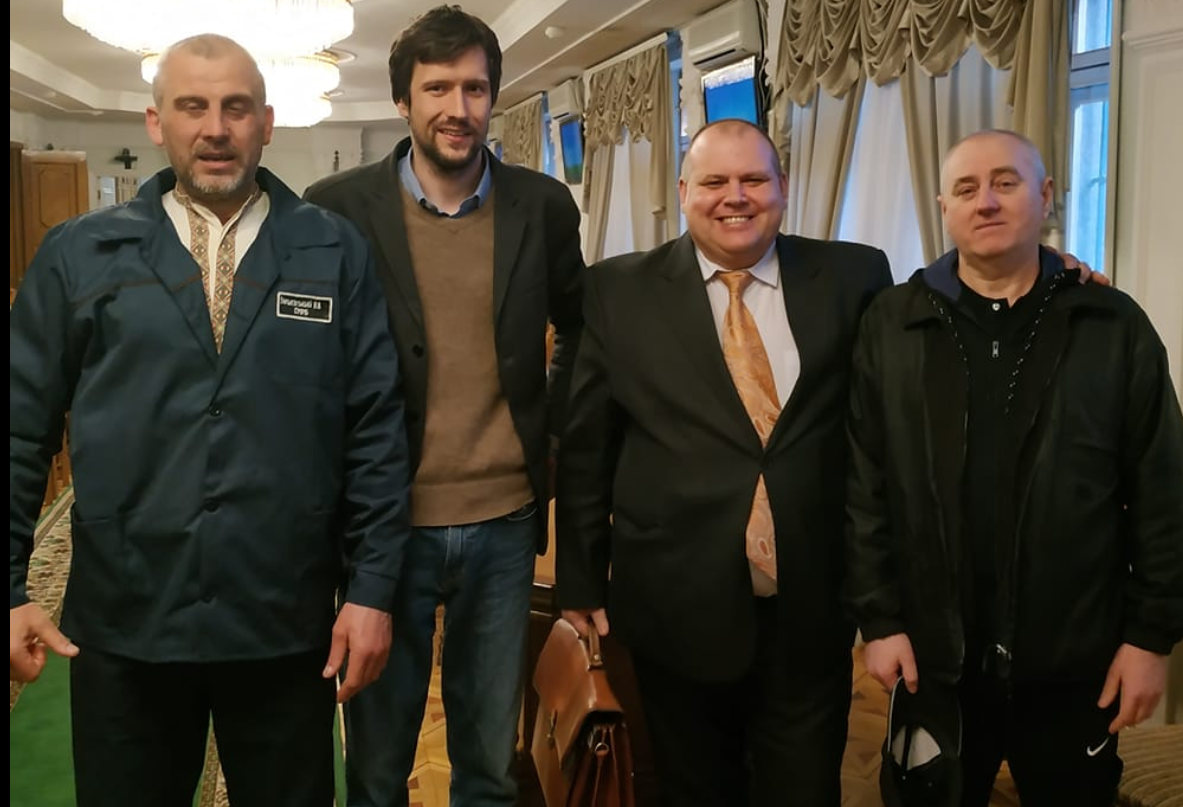 Two Ukrainians serving life sentences were released during a Supreme Court hearing on 17 April in what may have been a first for Ukraine.  The men have already served more than 18 years, so the move was undoubtedly welcome, but did not go far enough.

Mykhailo Tarakhkalo, the lawyer representing one of the men, Volodymyr Zakshevskiy, quoted a senior convoy officer as saying that in the nine years he had been doing this job, it was the first time he had seen life prisoners freed during a court hearing.  In fact, the Supreme Court Grand Chamber (hereafter the Chamber) did not, in principle, have any choice, although that did not make the release any the less unexpected for the men.

Tarakhkalo explains that both men had been convicted in 2001 of grave and particularly grave crimes.  Both had stated clearly during court hearings that they had been forced to reject defence lawyers and to ‘confess’ to the crimes, but this had been ignored.  Tarakhalo notes that there were other infringements in the cases as well.

There were two additional problems.  One was that the material regarding the proceedings was in occupied Donetsk and it took two years to reinstate it.

The other difficulty was presented by a previous Supreme Court decision regarding another case, Shabelnik vs. Ukraine, where the Court in Strasbourg had also found in favour of the life prisoner.  In that case, the Supreme Court concluded that sentences need only be revoked partially, with respect to the particular episodes where ECHR had found violations.  Other violations were to be viewed as outside their competence even if they were glaringly obvious.  While this may follow logically from the above-mentioned article of the Criminal Procedure Code, the same does not seem true of the Chamber’s decision that it could establish new punishments for the episodes which it was not going to review.  In Shabelnik’s case, it again passed a life sentence.

In fact, Shabelnik applied for a second time to the European Court of Human Rights against that ruling, and the Court in 2017 found once again that there had been a violation of his right to a fair trial.

Fortunately for the two prisoners released on 17 April, the situation was more clear-cut, since ECHR had found that the men’s right to a fair trial had been violated specifically with respect to the episodes which had prompted the life sentences.  Since over 15 years had passed since any of the crimes, the maximum sentence possible (in accordance with Article 49 of the Criminal Code) was 15 years, and both men had already served more than this.

The defence’s application, therefore, for either the entire case, or those episodes where ECHR had found violations, to be sent back for retrial, meant that in either case, the men should be released, since they had already served any possible sentence.

The Chamber took over six hours to decide to partially revoke the sentences, send the case back for retrial and release the men.

Tarakhalo has since received the ruling with its justification, and reports that, once again, the Supreme Court has taken an extremely conservative position, although there were five judges who issued a separate opinion.

“In reviewing the sentences, they decided to treat the ECHR judgments as narrowly as possible and apply them solely in relation to those applicants where ECHR had issued a judgement.”

The dissenting judges believe, on the contrary, that Ukrainian legislation does empower the Supreme Court in reviewing sentences to go beyond the framework established by the ECHR judgement and to analyse the possible damage to the entire case caused by the inadmissible evidence.  If such harm was significant, then the Supreme Court should order a full retrial.

This is particularly unjustified given the very strict requirements that the Court in Strasbourg imposes, with many applications or parts of applications rejected regardless of evident violations of the right to a fair trial.

It is deeply frustrating for many reasons, given the large number of people in Ukraine, convicted before the current Criminal Procedure Code came into force (in 2012) whose life sentences raise warranted doubts, either that the prisoners involved are guilty, or that such a harsh sentence was justified.

There are at present no mechanisms for a judicial review in such cases, except if the European Court of Human Rights finds that the person’s right to a fair trial has been violated.  There are many reasons, including timeframes missed, why a person might not succeed in lodging an application, or might have it rejected for reasons linked to form, not its merits.  Even if an application is accepted, it will still take several years in general for it to be considered.

The lack of scope (and possibly will) of the Supreme Court to review cases even where there are evident irregularities is a major problem.  There are a number of life prisoners, such as Volodymyr Panasenko and Maxim Orlov, whose very convictions are viewed by human rights NGOs as highly suspect.

The case of Zakshevskiy v. Ukraine,