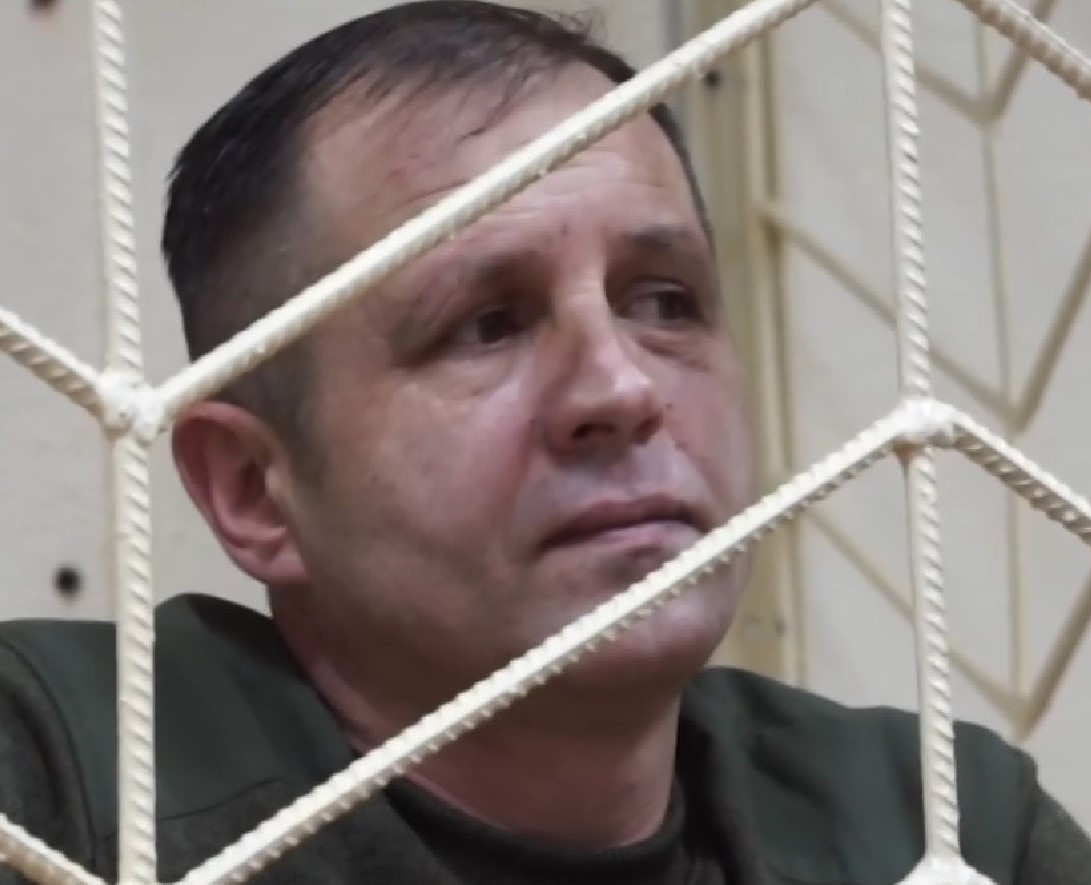 A Russian-controlled ‘court’ in Crimea has illegally increased the period that Ukrainian political prisoner Volodymyr Balukh will be forced to spend in Russian captivity.  Unless this is a truly primitive error, the ruling effectively confirms that the Russian occupation regime’s aim is to exact maximum reprisals on the Crimean activist for his unwavering loyalty to Ukraine and peaceful opposition to Russia’s occupation of Crimea.

On 24 April, the de facto presidium of the High Court allowed a cassation appeal from the local ‘prosecutor’ which had objected to a previous ‘court’ ruling ordering that the brief period Balukh spent under house arrest, rather than in detention, also be counted as time already served of the sentence.

This was already a mean-minded attempt to stretch out Balukh’s politically-motivated imprisonment, but it got worse.  The ‘judge’, Lyubov Dyachenko, passed a quite different ruling, one that the defence explains was in direct breach of the Russian legislation illegally used in occupied Crimea.  She ordered that each day that Balukh spent in the Simferopol SIZO [remand prison], should not be counted as a day and a half of his sentence, as Russian legislation stipulates, but as a day.  This significantly increases his sentence as Balukh was held in the SIZO, where conditions are tantamount to torture, for almost two years (from 8 December 2016 to 3 October 2016, including six weeks under house arrest)..

Olha Skrypnyk, head of the Crimean Human Rights Group, hopes that  Dyachenko will rectify the shocking mistake she has made when writing the motivation part of the ruling.  That is, of course, if it is a mistake and not deliberate.  If it is not rectified, the defence will lodge an appeal.

Balukh’s arrest in December 2016 was so evidently lawless that the renowned Memorial Human Rights Centre declared him a political prisoner almost immediately..

The criminal charges brought were the culmination of persecution since Russia’s annexation of his native Crimea, which began with three administrative prosecutions and ended with two criminal ‘trials’ then conc.  D Details of the earlier administrative charges can be found here Sentenced twice for pro-Ukrainian position in Russian-occupied Crimea.

There had been an almost unconcealed level of falsification in this case.  The officer who had supposedly found the ammunition had not been on duty that day and could not name the individuals who had instructed him to be present or their position in the law enforcement bodies. He was just as unable to explain why he’d removed the Ukrainian flag. The ammunition which the men, wandering in some unclear capacity around the Balukh home, allegedly found, had no fingerprints or other traces to indicate that any member of the family had touched them.  Most important, the ammunition in question was on the official register of weapons and ammunition in Barnaul, the Altai region of the Russian Federation, and was produced back in 1989.   Neither Balukh nor his common-law wife had been allowed to see what was going on, with the officer who effectively held Balukh prisoner during the ‘search’ unable to give a sensible reason for doing so.

In February 2019, he was moved from the Kerch prison colony to the Simferopol SIZO [remand prison] on 13 February and then to a Russian prison.  This was also in breach of Russian legislation which states clearly that, except in circumstances that do not apply here, prisoners are held near where they lived.  This is a particularly cruel form of revenge against the Ukrainian activist since there is simply no possibility that his elderly mother will be able to visit him.

Balukh’s lawyer, Olga Dinze, reported that Balukh had taken part in the ‘hearing’ on 24 April by video link from the Russian prison and that he was looking very drained.

[Hello, I wish you good health, courage and patience and hope that you will soon be released.  You are not forgotten.]