Nobody believes Ukrainian environmental activist’s death was suicide, so why was the investigation terminated?55 unsolved attacks on Ukrainian civic activists. Prosecutor General says it’s their faultShooting of Odesa civic activist prompts warnings of danger to Ukraine’s national securityPolice suspected of protecting culprits behind the attempted murder of civic activist Kateryna HandziukInvestigation sabotaged into savage acid attack on civic activist who exposed police corruptionPolice suspected of involvement in horrific acid attack on Ukrainian civic activist Kateryna HandziukSavage attack on Kherson civic activist known for scathing criticism of police corruptionUkrainian investigative journalist Vadim Komarov dies after brutal attack. Killers remain unidentifiedAnother savage journalist murder in Ukraine unsolvedIzium Mass Graves: Tortured victims with bound hands and entire families killed by the Russian invaders Fascism is here in Russia. Anti-war activities in Russia, 15-22 AugustAbducted Kherson woman likely imprisoned and tortured by Russian FSB“I Gave the Dogs Vodka to Keep Their Hearts Going” (Mariupol Resident)Russia produces a variation of easily disproven lies about its horrific war crime in Kremenchuk Ukrainian 'refugees' in Russia forced to give 'testimony' blaming Ukraine for Russian war crimes Summary of the events that occurred in Kherson city and Kherson oblast during the 90 days of the full-scale Russian-Ukrainian war (February 24 – May 24 2022)Russia extends terror and abductions from occupied Crimea and Donbas to all of Ukraine ‘Mariupol Moses’: A Man Who Took 117 People Out Of The Besieged City On Foot22 journalists killed since Russia began its total war against Ukraine62-year-old Chernihiv village head abducted by FSB to Russia and tortured
• Topics / The right to life
• Topics / Freedom of expression 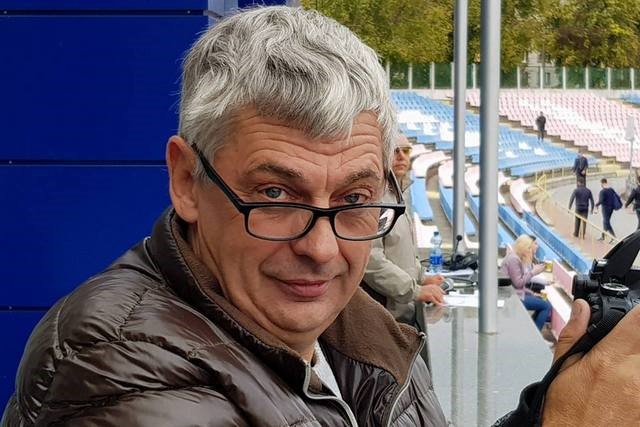 Vadim Komarov, an investigative journalist from Cherkasy, is in a coma after an attack early on 4 May which the police are treating as attempted murder.  Komarov is in a very serious condition and it is not clear if he will survive.  His daughter has flown home from Germany, and she and her mother were allowed to see Komarov for five minutes on Sunday.  Svitlana Komarova says that her husband did react to their presence (through faster breathing, heartbeat) which is a good sign, however he is clearly in a medically-induced coma because of the severity of the injuries he sustained, and after urgent surgery.

The police are calling for witnesses of the attack on Saturday morning at around 9 a.m. in the centre of Cherkasy.  The attack was savage, with three blows to the head, probably inflicted by a hammer or similar.  Since his mobile phone and money were reportedly not taken, any robbery motive can be excluded.

Valery Makeyev, the secretary of the National Union of Journalists, is not alone in assuming that the attack is directly linked with Komarov’s journalist activities.  He has demanded that the criminal investigation be under Article 348-1 of the Ukrainian Criminal Code – the murder or attempted murder of a journalist or members of his or her family which is connected with the journalist’s legitimate professional activities.  This carries a sentence of from 9 – 15 years’ imprisonment or even a life sentence.

It is possible that nobody actually saw the attack, since Komorov was found already lying on the ground by passers-by.  There is no information as yet as to whether there is any CCTV footage. Even if the perpetrator is found, it is likely that he was paid to do this, and Ukraine has a very poor record on finding those who ordered such attacks.

Komorov is known for writing hard-hitting texts, including on subjects involving corruption and embezzlement by local authorities, and various names are being mentioned in social media comments on the attack. In fact, Makeyev, who is himself from Cherkasy and knows Komorov, asserts that on the evening of 4 May, the journalist was supposed to be getting some “shocking information” from sources within the law enforcement bodies about how a high-ranking official in the City Council had committed certain illegal actions and was allegedly trying to escape justice by pretending to be psychologically disturbed.  Serhiy Tomilenko, the Head of the National Union of Journalists, says that Komarov “often addressed high-profile issues, and caused real irritation to many people in Cherkasy with a lot of power and a lot of money”.

As mentioned, this is the second attack on Komarov, after a person tried to shoot him in September 2016.  Komarov then explained that somebody had knocked at his window.  He assumed it was a person coming to read the gas or electricity meters and went outside.  Thankfully, he poked his head around the side of the gate and was able to slip back inside when he saw a man aiming a gun at him.  The shot him the brick fence instead and the assailant fled.

A frightening number of attacks on journalists and civic activists in Ukraine have gone unpunished, or have not been fully investigated.  It is almost two years since  Pavel Sheremet, the renowned Belarusian journalist and former prisoner of conscience was killed in Kyiv, and there is no sign at all of any progress in the investigation.  Five men, charged over the murder of journalist Vasyl Serhiyenko on 4 April 2014, have been ‘on trial’ for almost four years and there does not appear to be any end in sight.  In that case, the police believe that they tracked down the men involved in the killing, however who ordered the journalist’s murder remains unknown.