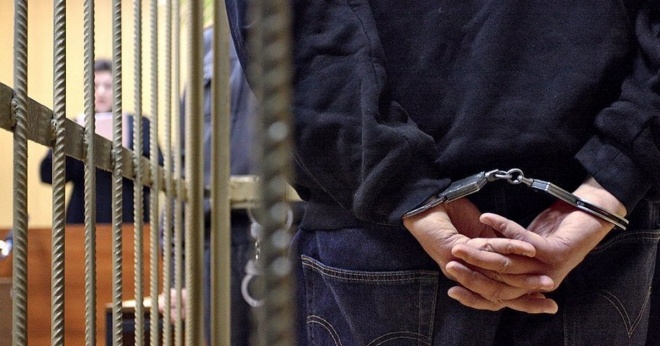 The de facto High Court in Russian-occupied Crimea has upheld a 10.5 year sentence against a young Crimean Tatar,  Fevzi Sahandzhy despite the latter’s allegations of torture and the lack of any criminal behaviour in the charges.  Sahandzhy is one of the most terrifyingly anonymous of Russia’s political prisoners who appears to have been arrested as part of Russia’s attempt to demonize the Asker (or Noman Çelebicihan) volunteer battalion which is legal in Ukraine and which is not engaged in any combat.

The Crimean Human Rights Group reports that a panel of judges, led by Oleg Lebed, on 14 May refused to revoke the 10.5 year sentence passed on 25 January 2019. The sentence mentioned Sahandzhy’s allegation that he was seized by FSB officers in October 2017 and that they had forced him, under torture, to sign various documents.  Sahandzhy, who was then reported to be 24, was arrested in March 2019.  He was charged under Article 208, paragraph 2, of Russia’s criminal code (taking part in an illegal armed formation acting against Russia’s interests on the territory of a foreign state).

It is worth noting that this charge is often cited by Russia when getting INTERPOL to issue Red Notices for other states to detain a person wanted in Russia.  There has long been concern that INTERPOL does not carry out proper checks and this case clearly demonstrates why they should.  Sahandzhy has been ‘convicted’ of alleged involvement on Ukrainian territory in a volunteer battalion which is legal in Ukraine.  He, in fact, denies any involvement in the Asker Battalion.

The flawed nature of this prosecution is made all the more disturbing by the fact that there are no photographs of Sahandzhy himself.  The Russian-controlled / Russian media reports of his sentence used the same video footage as that shown in reporting another arrest of an alleged ‘battalion member’ on the same day.  Neither of the two men’s faces were shown and the video shots were from behind and did not seem to be showing a 24-year-old.  This is particularly suspicious since the FSB is notorious for circulating videos of supposed ‘confessions’.  The original report of Sahandzhy’s arrest on 20 March 2018 said only that a 24-year-old had been arrested.

The prosecution claimed that Sahandzhy had jointed the battalion which is incorrectly described as Crimean Tatar back in January 2016.

The Asker Battalion was formed soon after the beginning of the Crimean Blockade in 2015, initiated by exiled Crimean Tatar leaders Mustafa Dzhemilev and Refat Chubarov with specific human rights demands. It remains a relatively small formation whose role at present is merely to back the Ukrainian border guards in areas near the administrative border with occupied Crimea. The battalion’s leader, Lenur Islyamov, has long indicated that this is a Crimean formation, not only Crimean Tatar. While he would like to see the Battalion given status within the Armed Forces, this has not happened, nor has there been any participation of the Battalion as a whole in the conflict in Donbas.

There is nothing to substantiate Russia’s ongoing attempts to convince the population that members of the Battalion are planning / carrying out acts of terrorism or violence.

It is equally telling that, of the three men, whose arrests for supposed involvement in the Asker Battalion, only one man’s identity is fully known.  This is 58-year-old Edem Bekirov, who has severe diabetes, a heart condition and is an amputee, with any one of these conditions meaning that he should not be in detention. The reports linking him with the Battalion came a week after Bekirov was seized by FSB border guards as he tried to enter Crimea to visit his elderly mother.  Even the Russian media reports that showed Bekirov having difficulty walking with a crutch still posted headlines claiming that he was a member of a military formation who’d been seized with 12 kilograms of explosives.  He could not have lifted even a quarter of that weight, and yet Russia has now held him in detention for over six months, with his placing his life in direct danger (more details here).