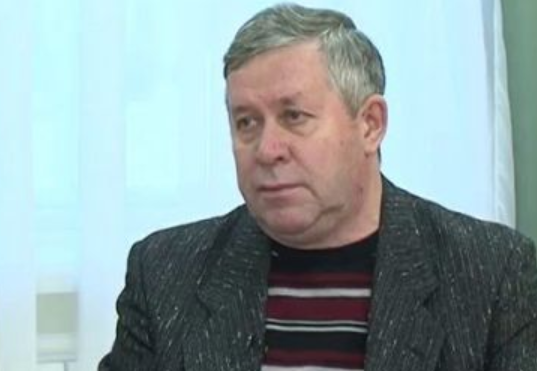 Russian historian and museum director, Sergei Koltyrin, has been sentenced to nine years’ imprisonment in a trial held behind closed doors. Although the charges are apparently ‘non-political’,  Koltyrin is the second historian of the Soviet Terror to face a similar indictment.  Both he and recognized political prisoner Yuri Dmitriev stood in the way of Russian attempts to rewrite history about Sandarmokh, a clearing in Karelia which holds the mass graves of thousands of Russians, Ukrainians, and others killed during the worst years of the Terror.

Koltyrin was arrested on 2 October 2018, together with an acquaintance, Yevgeny Nosov, about whom essentially nothing is known.  Both men were accused of depraved acts in respect of a  13-year-old boy the previous month.  In reporting the arrests, Russia’s Investigative Committee asserted that one of the men had admitted the charges, but did not specify who. Interfax claimed that this was Koltyrin, though on the basis of an unnamed source.

Although the investigator claimed to have clear proof of Koltyrin’s supposed guilt, this seems in doubt given the obvious attempts to prevent him from receiving independent legal assistance.  It was immediately arranged with Vladimir Koltyrin that Dmitriev’s lawyer, Viktor Anufriev, would represent his brother. There were two attempts to get rid of Anufriev.  The first failed, because Anufriev was able to visit Koltyrin in the SIZO [remand prison] and ask him about the document he had signed, rejecting Anufriev’s services.  Koltyrin then confirmed that he had written that document under duress, and wrote another, saying he wanted Anufriev to represent him.

Then on 7 November, already on his way to see his client, Anufriev was telephoned by the investigator who said that he need not come.  The following day, Anufriev was handed a formal decision from this same investigator saying that Koltyrin was rejecting the lawyer’s services.  The decision meant that Anufriev was not even able to visit Koltyrin and ask him if this was what he wanted. Similar behaviour by ‘investigators’ has been seen on numerous occasions in the prosecutions of Russia’s Ukrainian political prisoners since the ‘lawyers’ appointed by the investigators are normally there to sign papers and, often, to try to persuade the person to ‘confess’ to crimes they did not commit.

Essentially nothing was known about the lawyer who took over, and since the trial was behind closed doors, it is impossible to know what evidence, if any, was provided.

The efforts to get rid of a proper lawyer were only one of many reasons for concerns about this case.  They include the timing of his arrest, and the very clear links with the internationally condemned imprisonment of Dmitriev.

In the late Soviet period, ‘ordinary’ criminal charges were applied against dissidents to try to discredit the latter and deflect international criticism of political persecution.

Russia brought ‘paedophile’ charges against Yuri Dmitriev in December 2016, in a fairly transparent attempt to discredit both him and the Memorial Society (whose Karelia branch he heads).

Dmitriev, a historian who has spent 30 years or more researching the crimes of the Stalin era and finding the mass graves of its victims.  It was Dmitriev and other members of Memorial who uncovered the mass graves of victims of the Terror at Sandarmokh, including 1,111 prisoners of the notorious Solovki Labour Camp.  Sandarmokh became a place of pilgrimage, not least for Ukrainians, honouring the memory of 289 Ukrainian writers, playwrights, scientists and other members of the intelligentsia, killed by quota from 27 October to 4 November 1937.

The charges against Dmitriev were evidently nonsensical, which Anufriev, and a formidable array of qualified specialists, demonstrated in court.

Absurd charges have not proven to be an obstacle in very many Russian ‘trials’, including those of Ukrainian political prisoners, and his acquittal on the main charges may have never been intended to do more than defer a case that had received huge publicity.

Dmitriev was re-arrested on 27 June 2018, and remains in custody, facing the same and more charges, although all of these pertain to the same adopted daughter whom he has not seen since his first arrest (more details here).

Koltyrin had been Director of the Medvezhyegorsk District Museum since1991.  The museum covers Sandarmokh, and Koltyrin had always worked very closely with Dmitriev and the Memorial researchers.

His arrest came just over a month after he made his opposition quite clear to contentious excavations by Russia’s Military History Society, a body created by Russian President Vladimir Putin in December 2012, in order to “consolidate the forces of state and society in the study of Russia’s military-historical past and counter efforts to distort it”.

The excavations arose, purportedly, as a result of assertions made by two two historians from Petrozavodsk State University – Yuri Kilin and Sergei Verigin – in June 2016, six months before Dmitriev was first arrested.

They asserted that Sandarmokh could contain the graves of Soviet prisoners of war held in Finnish concentration camps and then killed during the Second World War.  There was enthusiasm for such suggestions from pro-Kremlin media, with Izvestia immediately asserting that “Memorial’s information about repression in Karelia may be revised”  Despite pleas from the descendants of those buried at Sandarmokh and the lack of any real evidence to justify such excavations, the work began on August 25 (more details here).

Paedophile charges are very convenient.  They arouse revulsion and allow trials to be held behind closed doors, purportedly because of the age of the children.  The lack of any substance to the initial charges against Dmitriev, as well as the clear attempts to discredit Memorial, leave no grounds for doubt in his case that rehashed old and new charges laid only after his acquittal are politically motivated.

Koltyrin is not Dmitriev.  That means two things. The charges could, firstly, be justified and, secondly, he has been less able to fight the prosecution’s pressure on him.  The secrecy and the investigator’s role in removing his independent lawyer have made it next to impossible to establish what grounds there were for the charges.  They also make doubts about the motivation behind the charges legitimate.

A public discussion on the subject both men were involved in was cancelled shortly after Koltyrin’s arrest, suggesting that politicians and others in Karelia are not convinced of the lack of political motivation for the prosecutions of Dmitriev and Koltyrin.