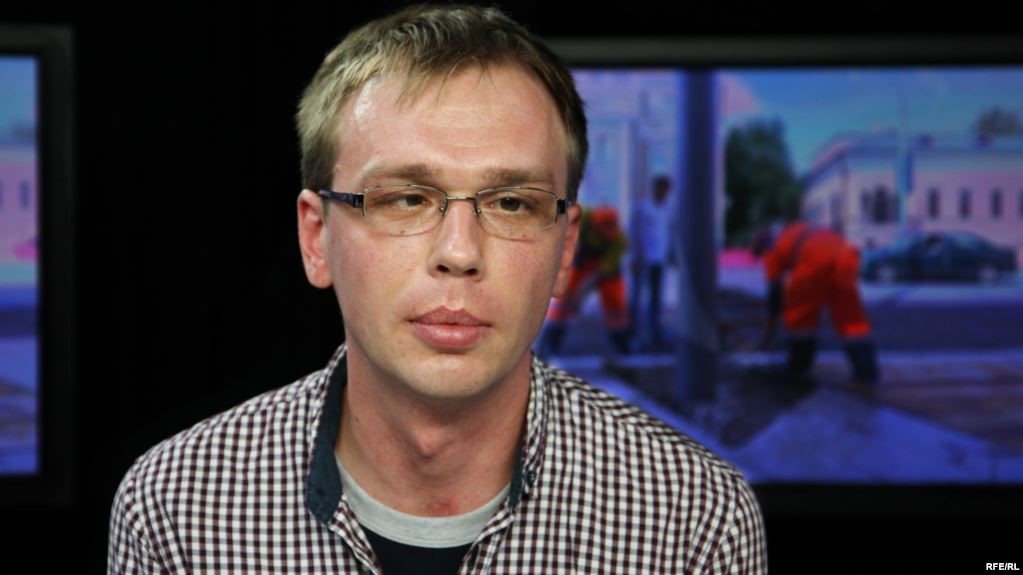 Russian investigative journalist Ivan Golunov, of the Latvia-based independent Meduza news site, has been detained in Moscow for allegedly attempting to sell illegal drugs, his lawyer and employer said, adding that he denies the allegations.

Golunov’s lawyer, Dmitry Dzhulai, told Meduza that police detained his client on June 6 in downtown Moscow and later took out a bag that they claimed contained drugs from his backpack. Golunov denied that the bag belonged to him, Dzhulai said. Another bag and scales were allegedly found later in his apartment.

Dzhulai also said Golunov had been beaten by police and was prevented from calling his lawyer or relatives for several hours after he was detained.

Russian and international journalists and rights organizations rushed to defend Golunov, who has gained prominence for his investigations into alleged corruption among officials in Moscow and the surrounding region.

Natalia Zviagina, director of Amnesty International’s office in Russia, said "the circumstances of Ivan Golunov’s detention sound dubious and follow a depressingly familiar pattern.... Everything indicates that the authorities are planting drugs on their targets to shut them up with a jail sentence."

She also called for an immediate investigation into allegations Golunov was beaten while in custody.


Late on June 7, hundreds of people lined up outside the headquarters of the Moscow city police, taking turns to stand in front of the building and hold signs, one by one, in protest of Golunov’s arrest.

Police briefly detained 11 people, many of them prominent journalists, including the well-known satirist Viktor Shenderovich, according to OVD-Info, a nongovernmental organization that monitors Russian police.

Police said tests revealed that the substance allegedly found in Golunov’s backpack was the synthetic stimulant mephedrone. Golunov is now accused of the attempted distribution of illegal drugs, Dzhulai said, adding that his client is convinced that the drugs were planted.

Dzhulai said his request to take samples from Golunov’s hands and fingernails for forensic tests was rejected by police.

Police also rejected a request by Golunov and his lawyer to call an ambulance to document injuries Golunov says he sustained from being beaten by police.

Moscow police issued a statement denying that Golunov had been beaten while in custody.

"We are confident that Ivan Golunov is not guilty," the Meduza statement said. "Moreover, we have every reason to believe that Golunov was targeted because of his journalistic activities. We know that in recent months he received threats. We know the reasons why he was threatened, and we have an idea from whom the threats came."

It adds that Meduza "will defend its journalist by all possible means."

Russia opposition politician and anti-corruption campaigner Aleksei Navalny said he has "no doubt" that Golunov’s detention was politically motivated. Navalny said it was an attempt by Moscow authorities to silence the journalist ahead of regional elections in September.

Meduza was established in October 2014 and is run by journalists who resigned from their jobs at Lenta.ru following Timchenko’s unexpected removal from the post of Lenta.ru’s chief editor by the website’s owner, Aleksandr Mamut.

Timchenko said then that the decision to base Meduza in the Latvian capital, Riga, was made because "right now, establishing an independent Russian-language media outlet in Latvia is possible, while in Russia it is not."

With reporting by Meduza, TASS, and Interfax