Council of Europe looks set to cave in to Russian blackmailCouncil of Europe will share responsibility for grave human rights violations if it gives in to Russia nowCouncil of Europe will betray its human rights mandate by giving in to Russia, Mr JaglandA High Human Rights Price if the Council of Europe capitulates to RussiaRussia adds 4 politicians under EU sanctions to its first ‘delegation’ if Council of Europe gives in to blackmailCouncil of Europe caves in to Russia, ignoring the Kremlin’s Ukrainian hostages, MH17 victims and human rights valuesCouncil of Europe’s PACE on the brink of electing sanctioned Russian Crimea land grab propagandist as Vice PresidentAbductions and feared mass grave of Russian invaders" victims in liberated Vysokopillia (Kherson oblast) Fascism is here in Russia. Anti-war activities in Russia, 15-22 AugustRussia effectively admits to using Zaporizhzhia nuclear power plant as a military base Conflicting values and conflicting narratives: the case of Russia’s war on UkraineRussia razes Ukrainian city to the ground and says ‘there’s no point’ to rebuilding it Amnesty International’s 4 August statement. A response by the “Tribunal for Putin” initiativeRussia is waging a bloody war against Ukrainian childrenNecessary conditionsRussian proxy ‘Donetsk republic’ threatens foreign defenders of Ukraine will be executed, with families not told whenFormer HR Ombudsman Lyudmyla Denisova on her dismissal, 4 years of work, Ukrainians in occupied areasECHR rules too late against Russia’s notorious ‘foreign agent’ law and hardly moves over violations in occupied Crimea Crucial judgement for Jehovah’s Witnesses as Russia tries to deny ECHR jurisdiction for its war crimes in Ukraine Ukrainian POWs endure horrific torture by Russian captors
• Topics / Politics and human rights
• Topics / Human Rights Abuses in Russian-occupied Crimea 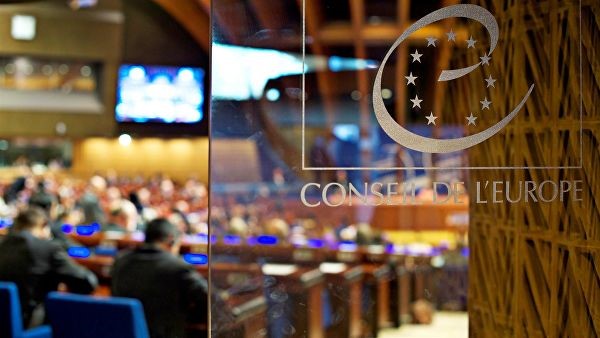 Any reinstated Russian delegation to the Parliamentary Assembly of the Council of Europe [PACE] may include illegal ‘deputies’ from Russian-occupied Crimea. This will put the Council of Europe on collision course with the UN General Assembly, PACE’s own previous position and international law which Russia is gravely violating by holding ‘elections’ on occupied territory.

The Russian media were full of words like ‘ultimatum’ and ‘threaten’ on 13 June in reporting a press briefing given by State Duma Speaker Vyacheslav Volodin.  According to the state-controlled RIA Novosti, Volodin announced that Russia “insists on full reinstatement of its powers in the Parliamentary Assembly of the Council of Europe”.  He added that they would only submit the relevant document to take part in the June session if PACE adopted a report on the rights of national delegations “without any exclusions.”

Volodin was evidently expressing Russia’s ultimatum on the Draft Resolution adopted on 3 June 2019 by the Council of Europe’s Rules Committee, under the somewhat misleading title “Strengthening the decision-making process of the Parliamentary Assembly concerning credentials and voting”.

If passed by the Assembly on 24 June, this Resolution will, in fact, only strengthen Russia’s ability to use threats and blackmail as a method of removing legitimately imposed sanctions. It will thus obstruct PACE from introducing sanctions as a means of affirming the values which it is called upon to uphold.  PACE will have instead amended its rules in order to enable Russia to bypass sanctions imposed because of its invasion and annexation of Crimea.

Not only will Russia have done nothing to rectify the situation that prompted the sanctions, but it will very likely try to include in its delegation individuals selected as the result of ‘elections’ that Russia had no right to hold in Crimea.

TV Dozhd reported on 13 June that “The Russian delegation plans to return to PACE with deputies from Crimea”.  Dozhd did not name its source, but said that one was “from the leadership of the lower house of parliament”.  He had told the Dozhd correspondent that, at the initiative of parliamentary factions, deputies from Crimea and Sevastopol could form part of the PACE delegation.

“They will probably be included”, the source in the leadership of the United Russia faction, which includes all deputies from Crimea and Sevastopol confirmed. These are the same regions of Russia as are all the others, and therefore deputies from there will have the full right to represent Russia at PACE.”

Another unnamed source in the Duma did, however, acknowledge that such a decision could place the legitimacy of the delegation in question.  “Although, he said, PACE could apply personal sanctions against those deputies, and not against the entire delegation.”

Yet why would they if Russia had already succeeded in pushing through its ‘ultimatum’?   The Council of Europe has, after all, been warned that Russia demands full reinstatement, before triumphantly returning and reinstating the annual fees which it suspended in 2017.  If PACE tries to restrict certain ‘deputies’ from taking part, why would Russia not, in the full flush of victory, demand that individuals illegally ‘elected’ on territory which Russia invaded and annexed in flagrant violation of international law be included in their delegation?   Once PACE had given in to blackmail once, its arguments for not giving in on Crimean ‘delegates’ would be that much weaker.

In such a situation, Ukraine would almost certainly need to reconsider its participation. So too might other countries whose geopolitical position and recent past leave them in no doubt as to the danger of succumbing to Russian threats.

The dangers of such a situation go far beyond angering certain member states. The UN General Assembly, in a resolution from 27 March 2014 endorsed by all Council of Europe member states except Russia, called “upon all States, international organizations and specialized agencies not to recognize any alteration of the status of the Autonomous Republic of Crimea and the city of Sevastopol <> and to refrain from any action or dealing that might be interpreted as recognizing any such altered status.”

Such actions must surely include recognition of delegates illegally representing an occupying state.  There have been two resolutions since – from 19 December 2016 and from 19 December 2017.  The last of these condemns the ongoing occupation by Russia of part of Ukraine’s territory and “reaffirms the non-recognition of its annexation,”  It also points to the “sharp deterioration of the overall human rights situation”, which it describes in some detail, and the inadmissibility of applying Russian law in occupied Crimea.

None of this significantly differs from the position in a number of PACE resolutions, including the most recent such resolution from 24 January 2019,  Of particular relevance, however, was Resolution 2132 (2016) ‘On Political Consequences of the Russian Aggression in Ukraine’.

The Assembly “reiterates its condemnation of the illegal annexation of the peninsula and its continuing integration into the Russian Federation, in breach of international law and the Statute of the Council of Europe (ETS No. 1)”.  It points out that “not only has the annexation not been reversed, but the human rights situation in the peninsula continues to deteriorate.”

“In particular, the Assembly: 4.1. condemns the illegal Duma elections held on 18 September in occupied Crimea and considers their results null and void. The incorporation of Ukrainian sovereign territory into Russian federal constituencies and the creation of four single-member constituencies are blunt violations of international law and effectively compromise the legitimacy of the Russian Parliament.”

Russia is now demanding full capitulation and the total reinstatement of its powers, with this very likely entailing the inclusion of ‘deputies’ from an electoral farce whose results PACE rightly declared null and void.

The message given by capitulation to Russia’s ‘ultimatum’ under such circumstances could not be more dangerous and damaging to everything that the Council of Europe should represent.