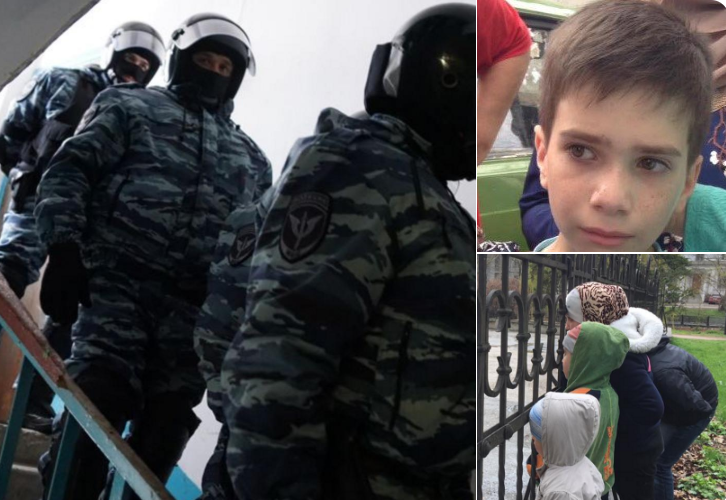 The Parliamentary Assembly of the Council of Europe [PACE] is due to vote on 24 June on new rules which would effectively remove sanctions imposed upon Russia after its annexation of Crimea and aggression in Eastern Ukraine.  The vote comes just days after Russia’s direct involvement in the downing of Malaysian airliner MH17 was once again confirmed.  It is also the day before Russia is obliged to show that it has complied with the UN’s International Tribunal for the Law of the Sea [ITLOS] and released 24 Ukrainian servicemen whom it illegally imprisoned in November 2018.  Moscow is refusing to release the men and is continuing to deny the undeniable with respect to MH17 and the deaths of 298 people on board. These are only two of multiple examples of human rights violations and war crimes since the sanctions were originally imposed.

Russia is not demanding that its rights be reinstated at PACE because it has removed the reasons for these sanctions.  Quite the contrary. On 20 June, Russian President Vladimir Putin dismissed any suggestion that the sanctions against Russia were over Crimea or eastern Ukraine, claiming that they were instead because of “the growth in Russia’s economy”.  Moscow’s demands are powered by its threat to withdraw from the European Court of Human Rights and its refusal since 2017 to pay its 33 million euro  dues to PACE.  Indeed, having succeeded in getting the Rules Committee to draw up draft amendments, it has increasingly spoken in terms of ‘ultimatums’ and ‘demands’. It has also made it quite clear that a reinstated Russian delegation could include ’deputies’ who entered the state duma as the result of elections illegally held in occupied Crimea.

If PACE gives in to Russia’s ultimatum on 24 June, it will have no mechanisms to combat a situation where Russia forces effective recognition of people linked with its invasion and illegal occupation of Crimea.

It will also be sending a message to all the political prisoners held in occupied Crimea and Russia, to the families of victims of torture and killings, of abductions and other crimes, that their rights and their suffering are of less worth than 'improved' relations with Russia.

The purported reason behind moves to quietly dispense with sanctions against Russia is the need for ‘dialogue’.  This sounds very nice, yet what kind of dialogue are we talking about when Russia is already refusing to comply with rulings from the UN’s International Court of Justice and ITLOS, as well as numerous international resolutions, including those from PACE?  Even the fact that a Russian delegation to PACE could contain Crimean ‘deputies’ is in direct breach of PACE Resolution 2132 (2016) ‘On Political Consequences of the Russian Aggression in Ukraine’ which declared the so-called elections in occupied Crimea illegal, and therefore null and void.

Dialogue is surely also lacking in Russia’s stubborn denial of its role in the downing of MH17 and killing of the 298 people on board, in the nerve gas attack on Sergei Skripal and his daughter in Salisbury, UK and in attempts to influence many elections in the USA and Europe. Rather than engaging in dialogue, the Russian state is spending huge amounts of money on financing disinformation on all of the above subjects, on Crimea, the conflict in Ukraine and many other subjects.

It is just as difficult to engage in dialogue when Russia is effectively denying that it invaded and annexed Crimea, and stating categorically that “Crimea is a closed subject.”

The Council of Europe must either accept this annexation and abandon the human rights and democratic principles which it has always espoused, or emphatically reject Russia’s position.  Attempts by the Rules Committee to avoid any direct mention of Russia in the Draft Resolution cannot change the fact that this is capitulation to Russian blackmail.

The cosmetics will not work for two reasons.  One is that Russia itself needs a ‘triumphant return’ and will certainly use it for propaganda ends.

The second is the unacceptably high and ever-mounting human rights cost.  While the following examples are from occupied Crimea, the deterioration in the human rights situation in the Russian Federation since PACE imposed its sanctions, the increase in political prisoners and of men and women imprisoned for their faith, has also been dramatic.

Russia is now holding a minimum of 115 Ukrainian political prisoners, with at least 63 of these Crimean Tatars.  55 Crimean Muslims are imprisoned on fatally flawed ‘terrorism’ charges based solely on alleged and unproven involvement in the peaceful Hizb ut-Tahrir movement which is legal in Ukraine.  These cases are especially shocking for two reasons.  While Russia declared Hizb ut-Tahrir ‘terrorist’ in a secret ruling in 2003, it only began imposing horrifically long sentences (up to life imprisonment) from 2014.

It is especially noticeable in occupied Crimea that Hizb ut-Tahrir charges are being used against civic journalists and activists, especially from the Crimean Solidarity initiative, which arose to both support political prisoners and their families and to provide information about arrests, torture and other rights violations (examples here). Having driven out or prosecuted independent journalists and silenced all but Kremlin-loyal media, Russia is now using ‘terrorism’ or ‘extremism’ charges to imprison those who refuse to be silenced.   This has been repeatedly condemned by the Memorial Human Rights Centre, for example here: Russia uses wholesale arrests to try to crush Crimean Tatar human rights movement.

Even where the victims of such persecution are not civic activists, it is clear that they are facing huge sentences solely for their faith and peacefully held views (see: Five Crimean Tatars sentenced to 68 years for peacefully practising their faith in Russian-occupied Crimea.)

In April 2017, Russia resorted to Soviet repressive measures and banned the Jehovah’s Witnesses.  At least 200 believers are now imprisoned or facing prosecution for their faith, with a number of armed searches and arrests having already taken place in occupied Crimea (details here).

It should be stressed that many of the arrests, as well as of armed searches generally, appear aimed at presenting Crimean Tatars or any Ukrainians who do not support Russia’s occupation as ‘extremists’ , ‘terrorists’ or ‘saboteurs’.  A large percentage of these prosecutions, starting with the arrest of Ukrainian filmmaker Oleg Sentsov and three other opponents of annexation, were based solely on ‘confessions’ extracted through torture.  Since the 2017 UN’s International Court of Justice ruling that Russia must reinstate the banned Mejlis (or representative assembly) of the Crimean Tatar people and allow Ukrainian language education, Russia has resorted to a number of arrests which appear aimed solely at trying to discredit the Mejlis and respected members of the Crimean Tatar movement (example here).  In the case of one of these political prisoners, Edem Bekirov, it is currently flouting a direct European Court of Human Rights order that the gravely ill 58-year-old be hospitalized.

Freedom House’s latest report rates Crimea’s record on human rights as not much better than that of North Korea, and significantly worse than that of mainland Ukraine (8/10 for Crimea against 60/100).  This is indisputably the result of Russia’s invasion and ongoing occupation.

Russia may not be alone among Council of Europe members in its disturbing level of human rights violations.  It is, however, the only country within this renowned structure which invaded and annexed another country’s sovereign territory, caused a catastrophic deterioration in human rights and may now be granted full reinstatement.

This will be a triumph for Russia, a bitter betrayal for all its victims.