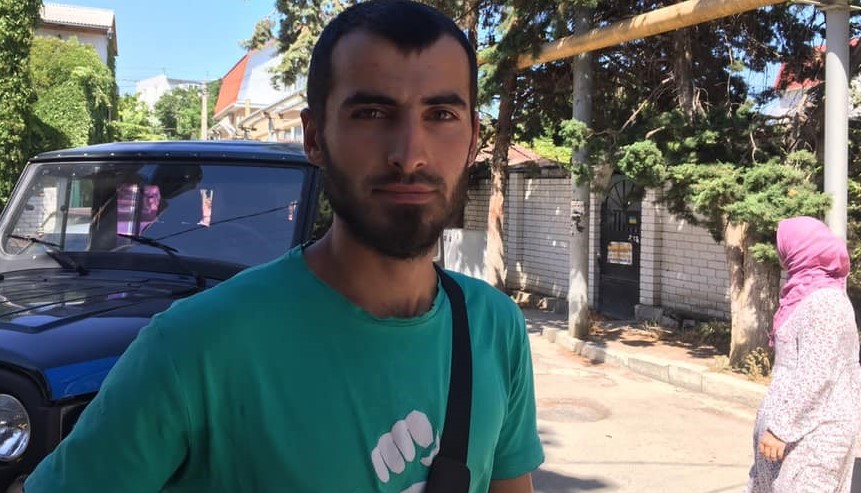 A week after the Parliamentary Assembly of the Council of Europe effectively removed sanctions against Russia, purportedly to enable ‘dialogue’, Russia is openly refusing to obey an order from the International Tribunal  for the Law of the Sea to release 24 imprisoned seamen and is continuing its terror tactics against Crimean Tatars, demonstrating its usual contempt for both ‘dialogue’ and fundamental principles of law.

It was learned early on 2 July, that a young Crimean Tatar had been detained with the charge against him over a social media post. . A particularly sinister part of this case is that over one single innocuous video posted on VKontakte the police turned up at the home of 26-year-old Seyar Emirov in Sudak on Monday evening and tried to detain him.  He rightly refused to go anywhere with them without an arrest warrant.  There could be no grounds for holding somebody in custody over night for a social media video, and the fact that they appeared without a warrant made it positively dangerous may suggest that they were planning other measures against the young man.

On Tuesday, after having been held in custody for many hours, Emirov was brought before ‘judge’ Yelena Sevryugina from the Sudak City Court, charged under Article 20.29 of Russia’s code of administrative offences.

Russia is illegally applying its legislation on occupied territory, and is, in addition, applying it retrospectively.  The video in question was posted on Emirov’s page on VKontakte in 2013 well before Russia’s invasion and annexation of Crimea.  Not for the first, Russia has demonstrated that, when it suits, bans on using a law retrospectively can be simply ignored.  Since the page has been deleted, it is also clear what means of surveillance Russia has mobilized.

Emirov pointed out to the ‘court’ that in 2013 they had all lived in a different legal framework and that the video had not been considered ‘prohibited material’. He had later stopped using the page, after forgetting the password, and had never watched the video again.

It seems likely that the video was of a Hizb ut-Tahrir meeting or similar.  Hizb ut-Tahrir is a peaceful organization which is legal in Ukraine, and Russia’s persecution of alleged members of it on ‘terrorism’ changes has been strongly condemned by human rights NGOs.

Despite the evident lack of any grounds or jurisdiction, Sevryugina found the young Crimean Tatar guilty and fined him 1500 roubles. The fine was fairly small considering that Russian enforcement officers had tried to take Emirov away at night, and when that failed, held him in custody for many hours.

Such ‘operations’ are evidently aimed at intimidating Crimean Tatars, demonstrating that nobody is safe.

As reported,  Zudiyeva was detained on 30 May 2019, and held in the so-called ‘centre for countering extremism’ for several hours, with the lawyers who arrived to represent her being refused access for most of that time.

She was charged under Article 20.3 of Russia’s code of administrative offences for supposed ‘propaganda or public display’ of the symbols of an organization which Russia has banned.  The especially sinister thing about this case was that the material, allegedly showing a ‘prohibited symbol’, was posted by a Russian activist living in exile, Tagir Minibaev, and Zudiyeva had simply been tagged on by him.  Of these three posts from 2014,  only one just about came after Russia’s annexation, the others were at a time when even Russia does not dispute that Crimea was under Ukrainian law.

Salieva was also held in custody for several hours, then prosecuted and fined over a post that pre-dated annexation (details here).

Similar methods have been used to imprison human rights lawyer Emil Kurbedinov, and many members of the civic initiative Crimean Solidarity.  Most terrifying is the fact that several of the men who have been prosecuted or jailed for very social media posts are now imprisoned on equally fabricated criminal charges carrying sentences from 10 to 20 years.  It is difficult not to conclude that the initial ‘administrative’ charges were a warning.