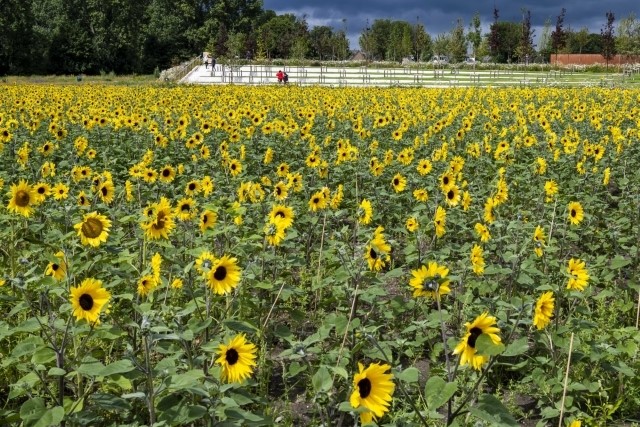 A number of families who lost relatives when Malaysian airliner MH17 was downed by a  Russian BUK missile over militant-controlled Ukraine exactly five years ago have written a moving appeal in which they call on the Russian government to cooperate with the investigation, to acknowledge their share of the responsibility and to stop lying about the disaster.  The appeal has been published in both Russian and English by Novaya Gazeta, one of the few publications in Russia which does not try to distort information about the events of 17 July 2014 and what came afterwards.  In state-controlled Russian media, the lies and disinformation remain as flagrant as ever.

The family members have no illusions after these five years.  They write: “To this point there has been no acknowledgement by the Russian state of their involvement in the shooting down of MH17. Worse, Russia has spread multiple, bogus and contradictory explanations about what happened. This has taken place on a massive scale through social media but also through the main state sponsored media channels. It took time for us to realise that this barrage of conflicting theories was the result of a state orchestrated campaign of denial, distraction and distortion. The Russian government has done its best to hide the truth, or worse, convey the idea that there is no reliable truth to be found. We the families of MH17 have found this disturbing and deeply offensive.”

No court proceedings can reduce their grief or “the gaping hole” in their lives, but a trial is, nonetheless, needed, in part because it “sends the important message that you cannot kill innocent people and expect no consequences.”   (The letter is also reprinted below in full.)

By contrast, on the RIA Novosti website, when you type in MH17 it becomes obvious that where this state-controlled news agency cannot simply muffle the facts, inconvenient information is either sandwiched between lies or presented in severely edited form. The recent announcement by the Joint Investigative Team [JIT] of criminal charges against 3 either former or possibly still current members of the Russian Military Intelligence is a typical example.

On the eve of the fifth anniversary, RIA Novosti prefaced words about the damning JIT conclusions with the following:

“Kyiv blamed the insurgents (sic) for the catastrophe; the latter stated that they did not have the means to shoot down a plane at that height.  According to Russian information, the plane was downed by a Ukrainian rocket”.  The reader then gets a basically correct but very edited account of the June press briefing by the Joint Investigative Team [JIT].  You learn that JIT is planning a trial, and that it accuses three Russians of involvement in transportation of the Buk missile launcher and in the downing of MH17.  There is not a word about the military intelligence background of the three Russians, nor the fact that JIT has already established that the Buk “came from the 53rd Anti-Aircraft Missile brigade which is a unit of the Russian army from Kursk in the Russian Federation”.  We are not told that, while none of the men are accused of having fired the missile, the chain of command to Russia provided by the men was instrumental in getting the launcher to Ukraine and the circumstances surrounding its firing

Those versed in unravelling such deceit can gauge more information from the paragraph in which the Russian Foreign Ministry denies everything and claims there to be no proof.  There are, unfortunately, a large number of Russians and others who will have no idea that they are being so shamelessly deceived.

Russia is not replying on propaganda techniques alone.   A day after the June press briefing by the Joint Investigative Team, Malaysian Prime Minister Mahathir Mohamad condemned the decision to bring criminal charges as "ridiculous" and demanded proof of Russian guilt.  This was especially absurd since Malaysia is one of the countries taking part in the Joint Investigative Team.  While Russia was swift to report this as being “the voice of reason”, western media were swift to recognize an underlying economic motive for such extraordinary statements.  Malaysia is heavily dependent on its production and sale of palm oil, whose use as fuel the European Commission is planning to phase out by 2030.  The BBC ended its report on Mahathir’s bombshell by noting that “Malaysian reports have recently quoted Russian officials as offering to increase palm oil purchases in return for a military deal.”

That there is evidently enough proof of the Buk missile’s Russian military origin, its route to occupied Donbas, and hurried return after the disaster received indirect confirmation at the recent hearings into Ukraine’s suit against Russia at the UN’s International Court of Justice at the Hague.  Samuel Wordsworth, the British lawyer on the Russian team, has made only a cursory attempt during the first hearing in March 2017 to deny Russian involvement in the downing of Malaysian airliner MH17.  Both then, and on 3 June 2019, he concentrated on the likely lack of intent to shoot down a civilian aircraft.  He also seemed to try to justify the provision of a Buk missile launcher to the Russian / pro-Russian militants in occupied Donbas, saying: “First, the alleged supply of the weapon used to shoot down Flight MH17 was in response to a request for assistance in defending against a series of armed strikes by Ukraine’s military aircraft that were taking place within the context of the ongoing armed conflict.”

More details about the systematic and concentrated efforts to conceal the truth about MH17 here: Russian Twitter ‘false flag’ operation to blame Ukraine for MH17 broke all records

To the Russian Federation from some affected families

Five years ago, our family members got on a plane in Amsterdam to make their way home.

Not far into the journey, their plane was shot out of the sky by a missile from the 53rd anti-aircraft brigade of the Russian army. Our beloved family members were all murdered in a brutal and senseless act.

Five years on, our grief is less raw but no less deep.  The sudden and violent death of the ones we love pervades our lives. We are different people now.

We live with our loss the best we can. The loss for the people who were killed is total - their lives, their futures, everything. It is out of love for them that we want the truth about MH17 to be told and responsibility for this crime to be determined. We stand with MH17 families in the Netherlands, Malaysia and all the affected nations in calling on the Russian government to:

1. Cooperate fully with the investigation, as you have promised in Resolution 2166 of the United Nations Security Council, but have so far failed to do.2

2. Take your share of responsibility for the shooting down of MH17.

3. Stop your disingenuous denials, your lies and deceit.

To this point there has been no acknowledgement by the Russian state of their involvement in the shooting down of MH17. Worse, Russia has spread multiple, bogus and contradictory explanations about what happened. This has taken place on a massive scale through social media but also through the main state sponsored media channels. It took time for us to realise that this barrage of conflicting theories was the result of a state orchestrated campaign of denial, distraction and distortion. The Russian government has done its best to hide the truth, or worse, convey the idea that there is no reliable truth to be found. We the families of MH17 have found this disturbing and deeply offensive.

We realise that no court proceedings will make a difference to the depth of our grief or reduce the gaping hole in our lives. Still, the truth about what happened to MH17 exists and it matters. A trial will allow all the evidence to be properly tested and the truth to be firmly established. A trial also sends the important message that you cannot kill innocent people and expect no consequences.

We want those directly responsible for committing this crime, along with the chain of command above them, to be named and for history to know who they are and what they have done. We want them to be held to account. We will continue to call for this until it happens. We can do no less.

This statement is from six Australian families, along with three Malaysian families and one family from New Zealand. Together we grieve and speak for 16 people on MH17.

This statement is from: