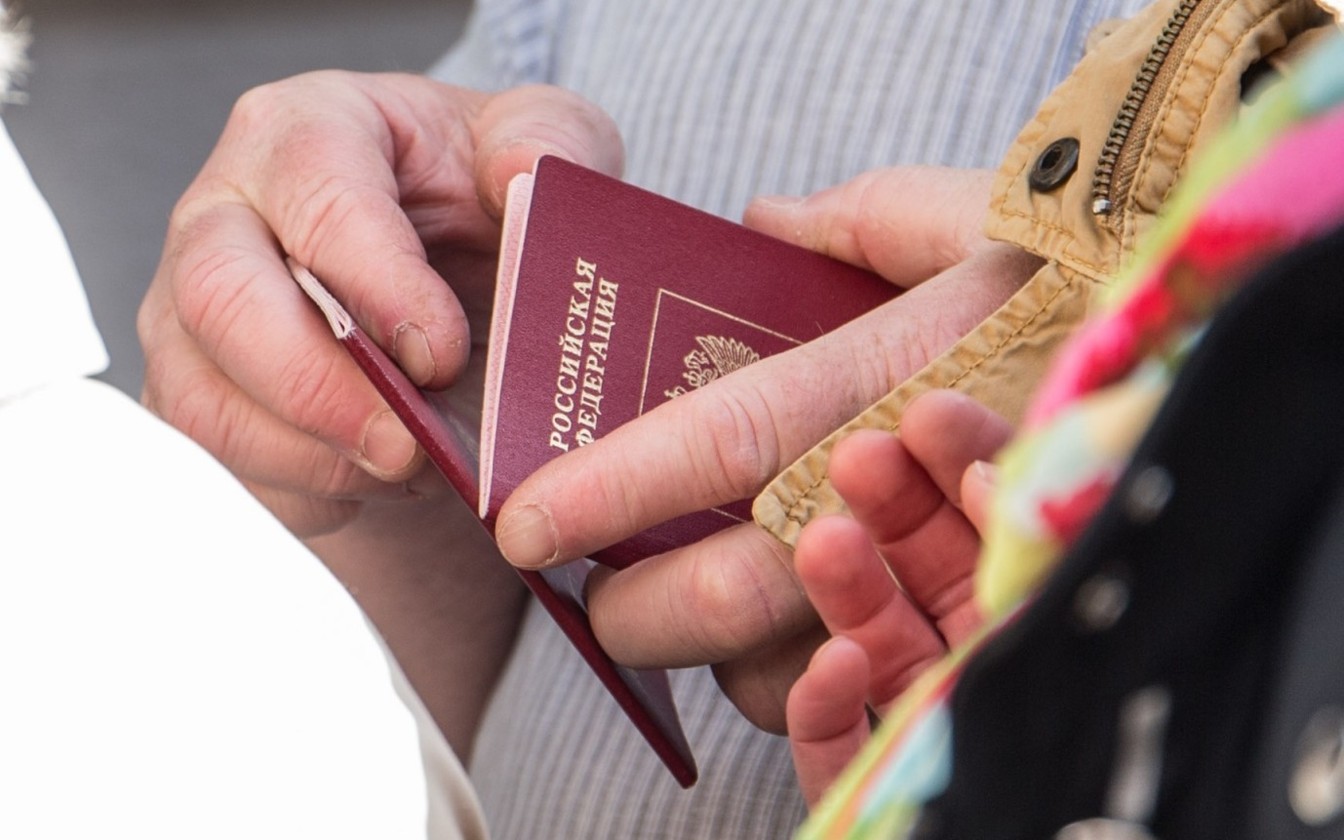 The EU is reportedly drawing up plans for a coordinated EU policy of non-recognition of Russian passports issued to the residents of the Donetsk and Luhansk oblasts of Eastern Ukraine.  Lithuanian diplomats are involved in the work, with the Lithuanian government promising that if a united policy cannot be established, they will act unilaterally.

In a statement reported by Delfi.lt on 6 August, the Lithuanian Foreign Policy said that they were “actively working on a coordinated response at EU level to the continuing violations of Ukraine’s sovereignty and territorial integrity, including the illegal issue by the Russian Federation of documents to residents of Ukrainian living in [parts of] the Donetsk and Luhansk oblasts which are temporarily occupied by Russia”. Discussions are currently underway in Brussels on methods of implementing coordinated policy on this.

Lithuania is not the only EU state to have come out strongly against Russia’s issue of such passports.  Estonia’s Foreign Ministry announced on Monday, 5 August, that it would not be recognizing Russian passports issued after 24 April, 2019, unless the passport holder was previously already a Russian citizen.

"Granting Russian citizenship via simplified procedure to residents of Eastern Ukraine is an additional attempt to undermine Ukraine’s independence and perpetuate the current unstable security situation in Eastern Ukraine. This is fundamentally at odds with the spirit of the Minsk Agreements. Estonia’s latest decision expresses our essential condemnation of such efforts by Russia."

While all EU states, including those which currently have pro-Kremlin governments, must agree a coordinated position, the EU did immediately condemn Russian President Vladimir Putin’s 24 April decree simplifying the procedure for Ukrainians in occupied Donbas to receive Russian citizenship.  During its meeting on 20-21 June, the European Council reiterated that Putin’s move was against the Minsk agreements and spoke of the possibility of non-recognition.

“The European Council will continue to monitor the situation in eastern Ukraine and stands ready to consider further options, including non-recognition of Russian passports issued in contradiction to the Minsk agreements, in close coordination with its international partners”.

One international partner, Canada, has already said that it will not recognize the passports.

While the EU is not always swift to act, it is difficult to see how it can refuse to impose a non-recognition position.

Putin’s new aggression against Ukraine was almost certainly intended to elicit analogies with Russia’s issue of passports to South Ossetians and Abkhazians as pretext for its war against Georgia in 2008.  Back in April 2019, Novaya Gazeta correspondent Pavel Kanygin suggested that Moscow was, via such chilling analogies, making the threat eminently clear of what could happen if Ukraine, and the newly-elected President Volodymyr Zelinsky didn’t ‘cooperate’.

On 17 July, the fifth anniversary of the downing by a Russian Buk missile of MH17, Putin came out with another decree, this time extending the simplified procedure to all residents of the Donetsk and Luhansk oblasts, including those in Ukrainian government-controlled parts.

The three Baltic Republics – Estonia, Latvia and Lithuania – already face aggressive destabilizing activities from Russia and have every reason to demand a united and consistent policy from the EU on Russia’s passport aggression against Ukraine.

Ukraine’s Cabinet of Ministers announced on 8 May that any passports issued by Russia to Ukrainians after 28 April would be deemed invalid. An earlier Foreign Ministry statement had spelled out that such illegal issue of Russian citizenship would be legally meaningless and have no legal consequences, with no such citizenship being recognized by Ukraine.

There were much more controversial suggestions, such as that Ukrainians who receive Russian citizenship in this way should be added to a database of people denied Ukrainian social payments and pensions.  There would be numerous grounds for concern about such actions, not least because it cannot be known with certainty that people are applying for Russian citizenship of their own free will..  Russia, and their proxy ‘Donetsk and Luhansk people’s republics’ are likely to want the propaganda impact of long queues of people waiting to apply for Russian citizenship.