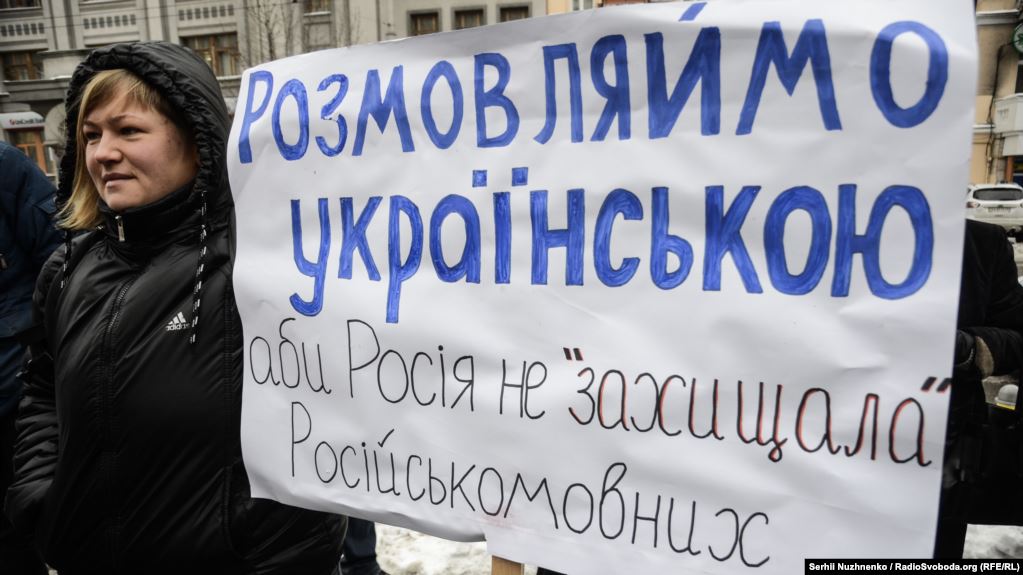 On 18 September 2018, the Lviv Regional Council voted to impose a “moratorium on the public use of Russian-language cultural products throughout the Lviv Oblast until the full cessation of the occupation of Ukraine’s territory”.   The City Administration was instructed to take measures to set up an interdepartmental working group with the participation of the law enforcement bodies and public in order to carry out explanatory work regarding the moratorium.

At least three other regional councils were to adopt similar resolutions, despite the lack of any definition in Ukrainian legislation of ‘Russian-language cultural product’ or of any mechanisms for imposing such a moratorium.

The Lviv Regional Council decision was successfully challenged on 16 January 2019 in the Lviv District Administrative Court, among others, by Roman Likhachev, head of the Chuhuiv Human Rights Group.  His suit was supported by the Ukrainian Helsinki Human Rights Union’s Centre for Strategic Litigations.

This ruling, and part of a later one on 14 May 2019 have, however, now been revoked by the Cassation Chamber of the Supreme Court, which also rejected a cassation appeal from the political movement ‘Ukrainian Choice – Right of the People’.  The argument behind all these decisions hinged solely on whether the claimant had the right to lodge the legal suit.  The rejection of such a right by the Court was argued as being because they were not individuals, but civic organizations, and because they could not prove that they had themselves suffered from the moratorium decision.

Volodymyr Yavorskyy, a human rights activist and lawyer, who had earlier criticized the moratorium, is also scathing about the “head-in-the-sand” position taken by the Supreme Court. He points out that the reports in the media (probably generated by the Lviv Regional Council) which assert that the Supreme Court found the Council’s moratorium to be lawful are entirely inaccurate.  The Court did not consider the merits (or otherwise) of the moratorium at all. Yavorskyy believes the reason for this to be clear, that “it’s obvious to everybody that it’s unlawful”.  In his view, Ukraine will not become a law-based country while the Supreme Court takes the stand that you have to wait until your rights are infringed, and only then can you try to defend them in court.  The Supreme Court is also ignoring the status of ‘potential victim’ which Ukraine’s Code of Administrative Proceedings does envisage.

Since the upshot of the Supreme Court Cassation Chamber ruling is that the moratorium is back in force, it is worth recalling the problems it generates.

It is not at all clear what is being banned, or why.  While the moratorium is ostensibly linked with Russia’s aggression against Ukraine, it could end up banning the cultural product of those defending Ukraine. Cultural material, produced by Ukrainians in Russian, would appear to fall under the moratorium, while that from one or two Ukrainian bloggers who are notorious for their repetition of Russian propaganda would not, because they have expressed themselves in the Ukrainian language.  Would the Lviv Regional Council really wish to ban the works of Ukrainian filmmaker Oleg Sentsov who has been in Russian captivity since May 2014 because of his defence of Ukraine?  A lot of the songs, poems and accounts of the war from solders fighting for Ukraine in Donbas are in Russian, the language their authors are speaking on the battlefront.

Without clarity as to what the moratorium actually covers, it is difficult to fathom its point.   Would the ban, for example, cover a dramatization of Nikolai Gogol’s ‘Dead Souls’, which its Ukrainian author wrote in Russian? If so, why? If not, who is to decide what is covered and what is not?

Yavorskyy is convinced that such moratoria are in breach of Ukraine’s Constitution, and he notes that it also fails to comply with the Law on the State Language, which has now come into force.  This strips regional councils of any rights with respect to language policy.

It seems likely that the moratorium will be applied selectively. This should not, however, be consolation as any legal restrictions should be consistent and predictable. In this case, any total moratorium would also result in Ukraine being accused of discrimination on language grounds, on violation of Ukraine’s Law on National Minorities, and the Council of Europe’s Framework Convention on the Protection of National Minorities.

Those who brought the suits and have now been told that they can’t prove that the moratorium infringes their rights now have no choice but to turn to the European Court of Human Rights, which could well take a very different stand.