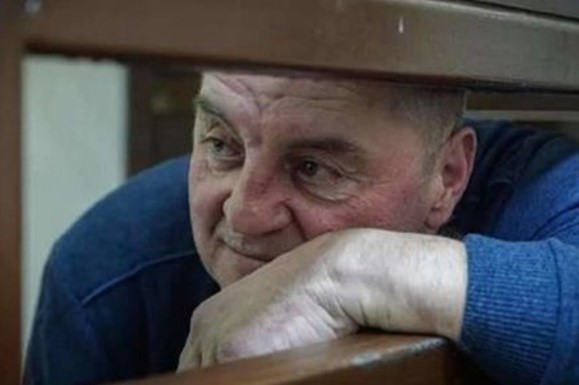 58-year-old Edem Bekirov has been released from detention 258 days after being seized by the Russian FSB while trying to enter Crimea to visit his elderly mother. There were never any grounds for detaining him, and Bekirov’s grave medical condition should have precluded any form of imprisonment, which for a person in his state was tantamount to torture.  The court ruling on 27 August was therefore correct, but over 8 months too late.  Bekirov’s lawyer, Alexei Ladin suggests that the release may have been as a result of the first proper medical examination that Bekirov was given in all this time.  Russian-controlled courts do not take any decisions independently in such politically-motivated cases, so the fact that the Central District Court in Simferopol did not even order house arrest was doubtless a decision from Moscow.  Given the rumours still rife of a planned exchange involving political prisoners, it is likely that Ukraine had also demanded Bekirov’s release as part of any agreement.

Bekirov was seized by the FSB on 12 December, 2018, when he tried to cross into Crimea to visit his elderly mother and other relatives.  The 58-year-old is a well-known member of the Crimean Tatar community in the Kherson oblast, but it is likely that the FSB targeted him because of his wife, Gulnara Bekirova Aldinova, who is a member of the Mejlis, or representative assembly, of the Crimean Tatar people.  Russia’s ban of the Mejlis was directly linked with the latter’s implacable opposition to Russia’s occupation of Crimea and identification with Ukraine.  It is refusing to comply with an order from the UN International Court of Justice to withdraw the ban on this self-governing body of the main indigenous people of Crimea.  Instead it has repeatedly fabricated criminal charges against  Mejlis leaders and other respected Crimean Tatars.  This is not the first time that men in their fifties and sixties, with life-threatening medical conditions have been held for months in the Simferopol SIZO or remand prison where the conditions are tantamount to torture.

There had been calls from many democratic countries for Bekirov’s release and Amnesty International issued an Urgent Action. Then on 3 August, Human Rights Watch issued a statement noting that Russia was flouting a European Court of Human Rights order, and calling for him to be given expert medical care.

Even Russian law precludes incarceration of suspects or accused who have certain illnesses or conditions. Several conditions that Bekirov has, including an amputated limb that requires constant medical attention and a severe neurological disease affecting his spine and legs, are included in a 2011 government regulation on this issue.  Bekirov had also undergone major heart surgery in 2018 and also suffers from diabetes.

The first priority was, of course, for Bekirov to receive proper treatment, however the very charges against him were totally grotesque.

An amputee, who walks with difficulty and swiftly gets out of breath, is charged with circulating and transporting more than 10 kilograms of TNT and 190 bullets ((under Article 222 § 2 of Russia’s criminal code).  According to the FSB’s ‘secret witness’ whom they call ‘Memetov’, Bekirov passed the explosives and bullets to him in May 2018. Memetov purportedly placed them in a secret hiding place around Krasnoperekopsk and then in August revealed this place to the Russian FSB and gave testimony against Bekirov.

Although it is a major relief that Bekirov has been released, the absurd charges have not been dropped.