Ukraine’s Prosecutor General accused of crushing only effective Maidan crimes investigative bodyUkraine to answer to ECHR for five years’ sabotage of Maidan investigations33 Maidan crime suspects still work in law enforcement bodies, 10 in high positionsKey evidence against Maidan killers in danger of being destroyedWhy is Lutsenko trying to destroy the only department truly investigating Maidan crimes?Sentence passed over savage killing of Ukrainian human rights lawyer Iryna Nozdrovska Russia extends terror and abductions from occupied Crimea and Donbas to all of Ukraine US imposes sanctions on former Yanukovych aide Andriy Portnov for corrupting Ukraine’s courts Yanukovych phoned Russian President Putin 12 times during the mass killings on Maidan EU sanctions ‘judges’ and others involved in the repression Russia brought to occupied Crimea Putin signs decree to let Ukrainian traitors and fugitives from justice hold public office in RussiaEx-Berkut officer on trial for Maidan killings reinstated in Ukraine’s police forceA brief description of the KHPG strategic litigations in the first half of 2021Venediktova drives out key figure helping Ukraine achieve justice over crimes in Russian-occupied Crimea and Donbas Russia lodges a surreal ECHR inter-state claim against Ukraine over MH17, water for occupied Crimea & "discrimination"Remember 16-year-old Stepan Chubenko and how Russia protected his Donbas militant torturers and killers End to 7 years of impunity for savage murder of Ukrainian journalist?Ukrainian tortured in occupied Donbas and sentenced to 14 years for ‘spying for Ukraine’ First Berkut police jailed for involvement in savage dispersal of Maidan activists June 3 Letter to the Members of the Verkhovna Rada of Ukraine
• Topics / Against torture and ill-treatment
• Topics / Human Rights Violations associated with EuroMaidan 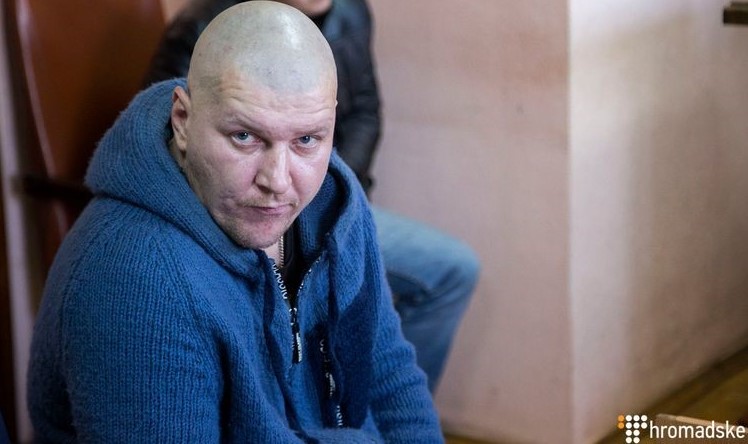 A Ukrainian court has acquitted Andriy Khandrykin, a former Kharkiv Berkut officer and, seemingly, a current police officer, of torturing two Euromaidan activists.  Prosecutors from the Special Investigations Department say they categorically disagree with the ruling and will certainly lodge an appeal.

There have been a number of controversial features to this case, not least the fact that Khandrykin remained a Kharkiv police officer throughout the proceedings.  It also seems rather curious that Neither Khandrykin, nor his lawyer, Valery Rybin appear to have seen the need to appear for the announcement of the verdict which, in principle, might have ended with Khandrykin being taken into custody.

Three former Berkut officers were implicated in the detention and torture of two Maidan activists, one of whom was underage, on 20 January 2014 near the Dynamo Stadium in Kyiv.  The two young victims were, in the middle of winter, undressed, beaten and humiliated, before being dressed in different clothes and taken to a police station.

Khandrykin was the only defendant, but this was because two other former Berkut officers, Vladislav Masteha and Artyom Voilokov, had fled to Russia after the announcement that they were facing criminal charges.  There is now a separate case against them.  This, it should be said, is unlikely to ever be brought as Russia has been swift to provide its citizenship to virtually all ex-Berkut officers, making it particularly disturbing that men facing serious charges were able to flee across the border so easily.

Khandrykin was charged with torturing Maidan activists (under Article 127 § 2 of Ukraine’s Criminal Code).  In the case of a conviction, this would have carried a sentence of from 5 to 10 years’ imprisonment.

Judge Oksana Birsa from the Dniprovsky District Court in Kyiv announced her verdict on 30 August 2019.  In his reaction, Valery Smirnov, who headed the team of prosecutors, noted that “judge Birsa’s main argument lay in issues of the legal techniques for obtaining evidence. In the first instance this concerned whether Khandrykin’s own testimony regarding his role in the detention in the case around the victims’ detention constituted improper evidence.”

Smirnov also accused the judge of having gone beyond her procedural role of arbiter when she did not allow the prosecution the right to make comments during the court debate in the case. He says that they had had specific and well-founded arguments refuting the assertions presented by Khandrykin’s lawyer, Valentin Rybin regarding allegedly improper evidence and unproven guilt, which the judge “for some reason did not give them the right” to voice.

Birsa also rejected the civil claims for compensation lodged by the victims of the events on 20 January 2014.

The prosecutors and the lawyers representing the victims are all convinced that there was ample evidence, including video footage, witness testimony and Khandrykin’s own acknowledgement at the time of his role in the men’s detention, to back the charges against the ex-Berkut officer, still serving in Ukraine’s police force.

The acquittal may be overturned at appeal level, but it is one of many blows to the only investigators, from the Special Investigations Department, who have achieved any progress in fully investigating crimes committed against Maidan activists.