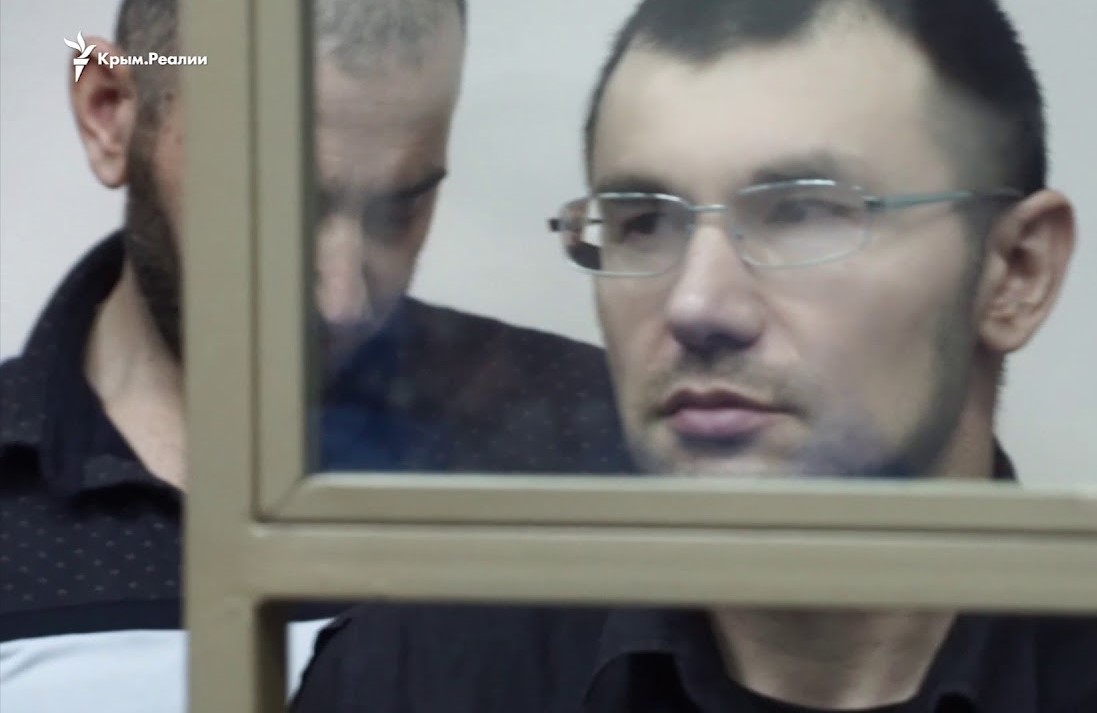 Computer ‘evidence’ presented by Russia’s FSB to back deeply flawed charges against Ukrainian human rights activist Emir-Usein Kuku was created after Kuku was arrested on 11 February 2016.  This is only one of the glaring violations in Russia’s second ‘trial’ of Kuku and five other Ukrainian Muslims, after the first was abandoned, almost certainly because of inconvenient revelations about one of the ‘secret witnesses’.

After the latest hearing on 29 August, Kuku’s lawyer, Sergei Loktev reported that material presented by the FSB as ‘evidence’ of the charges against Kuku is dated 20 April 2016.  Kuku himself has been imprisoned since early on 11 February 2016, and the computer was removed from his home that morning.  The defence have therefore demanded that the court ignore such defective ‘evidence’.  Loktev stresses that it is the material itself that demands this, since it can clearly be seen just by checking ‘properties’ that the folder with material could not have been created by Kuku.

Loktev also lodged a complaint over shocking infringements of procedural norms in this case, with the supposed transcripts of conversations illicitly taped being sent between the FSB and its so-called ‘experts’ by email.

Although the fake in this case seems particularly primitive, shoddiness is typical of all FSB prosecutions of Ukrainian Muslims on charges of ‘involvement in Hizb ut-Tahrir’.  Put most brutally, the FSB have no need to make any major effort since a ‘guilty’ verdict from Russian ‘judges’ is, tragically, guaranteed from the moment of the men’s arrest.  In the first ‘trial’ of four Crimean Tatars from Sevastopol, the military court judges were not prepared to risk the consequences for themselves of acquitting the men, but they did hand down the shortest possible sentences and changed the charge against Ruslan Zeytullaev, whom the FSB had designated the role of ‘organizer’. Whether the judges were punished for their flicker of conscience is unknown, but the FSB and prosecutor got the sentence overturned and repeated the ‘trial’ of Zeytullaev until they got the sentence they demanded.

It seems unlikely that the judges in this trial will pay any heed to issues of conscience. The court on 29 August rejected the defence’s application for Alexander Kompaneitsev, the FSB officer who carried out the search and removed Kuku’s computer to be interrogated, together with the official witnesses (whom the FSB, in breach of the law, almost brings with them).  It also refused to order a technical assessment of the computer.

Four men: Muslim Aliev; Envir Bekirov; Emir-Usein Kuku and Vadim Siruk were arrested after gratuitously violent searches of their homes on 11 February 2016.  Two months later, on 18 April, Bekirov’s nephew Refat Alimov and Arsen Dzhepparov were also arrested.  All are charged with ‘involvement’ in the peaceful pan-Islamist movement Hizb ut-Tahrir which is legal in Ukraine.  In 2003, Russia declared this organization ‘terrorist’, although it is not known to have committed or planned any acts of terrorism or violence anywhere in the world.  Kuku was the first human rights activist to face these charges after other forms of persecution, including an aborted abduction attempt, failed. He is not the last, with Hzb ut-Tahrir’ charges increasingly used in occupied Crimea against civic activists and journalists, especially from the civic initiative Crimean Solidarity.

In Russia, the FSB has used an extra charge, of ‘planning to violently seize power’ under Article 278 of Russia’s criminal code as an additional form of pressure, with it not applied if the men agree to ‘cooperate’ with the investigators by admitting to the charges.  Not one of the Crimean Muslims has agreed to thus ‘cooperate’ and since January 2017, the six Yalta men and all others arrested in so-called ‘Hizb ut-Tahrir cases’ also face this new charge.

Kompaneitsev was directly involved in the attempt to abduct Kuku which only turned into an ‘FSB search’ after people heard Kuku’s cries for help and came running.  Weeks before Dzhepparov’s arrest, he had been stopped by Kompaneitsev and other FSB officers and threatened with arrest if he didn’t agree to collaborate with the FSB.  He refused.  Bekirov has also complained that Kompaneitsev put pressure on him while already in detention.  He was directly warned that if he didn’t give false testimony against himself and the other men, his nephew would be arrested.

As well as taking part in the searches of the four defendants, Kompaneitsev is also known to have tortured other men detained that day.  These included a friend of Kuku’s, Dinar Minadirov, who recounted his experiences a few days later, almost certainly after he had left Crimea.  He too had been awoken by men in full combat gear hammering on his door, who carried out a search and then took him away for interrogation. Kompaneitsev had beaten him and placed a plastic bag over his head, threatening him with asphyxiation.  He said that they would make him a secret witness, and told him to “think about your family, after all, you have children.  And if you don’t agree, we’ll lose you, you’ll go to the pit for a couple of days”.  Kompaneitsev also boasted of the abduction and beating up of Kuku.  He had got that for his activities, Kompaneitsev said, and now would go to prison.  Did Minadirov want to “talk”?  All of this was while he was squeezing the plastic bag preventing Minadirov from getting any air.  Minadirov refused to ‘cooperate’ and was, eventually released.  He is now living in Kyiv.

It was Minadirov’s account that may have caused the first ‘trial’ to be stopped.  He had mentioned to a journalist that, while in the FSB office another man had been brought in, who told him that his name was Shamil, and that he was from Krasnokamenka.

One of the ‘secret witnesses’ in the first trial attempt proved to be Shamil from Krasnokamenka. Kompaneitsev seemingly miscalculated here as well since Shamil stated in court that he was prepared to give testimony openly and found the courage to state that he had been forced under pressure to ‘collaborate with the FSB and testify against the men.

It was after this, and some other disasters with supposed ‘witnesses’  that the then head of the FSB in Crimea, Viktor Palagin lodged an application with the court asking for a supposed note from Aliev to Bekirov asking that the latter ‘influence the prosecution witnesses’ to be added to the case. which they claimed to be from Aliev to Bekirov to be added to the file. This was in flagrant breach of procedure, but the court meekly agreed.

The judges have also taken part in what can be viewed as reprisals for the exposure of an FSB ‘secret witness’ and of the methods used to obtain such ‘testimony’.  The court suddenly ruled to send the case back to the prosecutor in order to increase the charges against Bekirov (see: Ominous new twist in Russia’s conveyor belt trial of six Ukrainian political prisoners ).

In declaring all six men political prisoners, the Russian Memorial Human Rights Centre pointed to the fact that Crimea is territory which Russia is occupying illegally and in accordance with international law, it has no right to change Ukrainian criminal legislation and replace it with its own.  It also noted that “Hizb ut-Tahrir cases are among the so-called ‘serial’ cases: the FSB obtains ‘high results’ (dozens of convictions) for minimum effort, practising mass persecution without any grounds”.