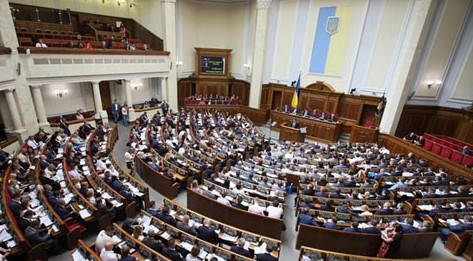 A constitutional majority of MPs in Ukraine voted on 3 September to remove their constitutional guarantee of parliamentary immunity.  For the moment, however, their immunity remains secure as the immunity guaranteed in other legislation was not touched. This may be just an oversight, since the new parliament can certainly not be accused of inactivity.  Its legislative outpourings have elicited warnings about the danger of succumbing to populism and ignoring important stages in drawing up legislation.

Successive governments have spoken of removing this immunity, but it has never come to a vote.  The move is certainly of wide public support, though some legal specialists have warned against total removal of immunity. Bohdan Bondarenko, a constitutional expert from the Centre for Political and Legal Rights, for example, recently warned that total abolition of deputy immunity would be disastrous for parliamentarism in Ukraine and said that immunity should merely be restricted.  He believes that full abolition will completely destroy the guarantee that MPs have of independence from influence by those in power, the law enforcement bodies, etc.  He warns that you could end up with a situation where you couldn’t get a quorum in the Verkhovna Rada because so many MPs were in detention. The Prosecutor General would wield influence on them, with the public supporting this “because the public wants blood”.

The Servant of the People Party, which is associated with President Volodymyr Zelensky, was elected with the promise of abolishing immunity and SP leader and Parliamentary Speaker, Dmytro Razumkov made a point of saying that they had abolished it “as promised”.  SP enjoys an absolute majority in the Verkhovna Rada, the first party ever to have this, but for any constitutional amendments a two-thirds majority was needed.  In fact only the Opposition Party – For Life totally ignored the vote, with most MPs in all other parties voting for the bill.

Once signed by President Zelensky, the guarantee of immunity in Ukraine’s Constitution will be removed as of 1 January 2020.  This, however, does not mean that MPs will lose their immunity as Taras Shevchenko, Director of the Centre for Democracy and Rule of Law, has pointed out. Removal of the relevant parts of the Constitution does not revoke the parliamentary immunity guaranteed to MPs for the entire period of their mandate by the Law on the Status of an MP.  This stipulates that an MP may only be prosecuted if parliament has given its assent.  That immunity is also set down in Ukraine’s Criminal Procedure Code.  Since the guarantee of immunity has simply been removed from the  Constitution, not replaced by some explicit ban on immunity, these other legislative norms will not clash with the Constitution. They are, however, in conflict with any party’s assertion that parliamentary immunity has been abolished, so active measures must be taken. The other legislative measures can be abolished with a simple majority which ‘Servant of the People’ holds.

The apparent oversight is surprising since Ukraine’s new legislators have certainly been extremely active with new proposed legislation.  So much so, that Yevhen Zakharov, Director of the Kharkiv Human Rights Group has expressed concern in an article entitled ‘Servant of the People or Slaves to Populism?’

He notes that an incredible 318 draft bills were tabled from 29-30 August.  20 of these were tabled by the President, with eight proposing amendments to the Constitution.  He asks why these are not prepared and voted on in one bill.

Zelensky is proposing, for example, to take law enforcement and anti-corruption bodies, including the State Bureau of Investigations and the National Anti-Corruption Bureau, under his control.  This would mean, Zakharov believes, that parliament’s controlling functions would largely be transferred to the President which Zakharov sees as of concern.  So clearly did many MPs since it was decided that this bill, which proposes amendments to the Constitution and therefore requires a constitutional majority, must first be considered first by the Constitutional Court.

Zakharov also believes that Zelensky is encroaching upon the independence of the courts “by reviewing the principles and work of the High Council of Justice and Hight Qualification Commission of Judges. The public have been removed from participation in the Public Integrity Council.  He is also concerned by the wish to halve the number of judges of the Supreme Court despite the fact that the judges now are swamped by cases.

The scale of the legislative flurry is generally of concern, Zakharov believes, and notes that the customary procedure, where draft bills are first discussed among experts, with the participation of members of civil society, has been set aside.  Not only has there been no discussion, but the texts of the draft bills, he says, have not even been published.  How can they be so sure of themselves, he asks, and notes that of the numerous bills proposes single, fragmented amendments to the Criminal Procedure Code, it is sometimes quite unclear why a particular change is suggested, not another. There is quite incredible disregard for rules of procedure in all of these fast-track moves, he says.

During the night from 29 to 30 August, the Verkhovna Rada adopted several dozen decisions, including ones on shortening the period of time for reviewing draft laws by parliamentary commitments or for proposing alternative draft bills. “The logic is simple and clear: we have the majority, what do we need your alternatives for?”

There is a real danger, he warns, that parliament can become a purely technical process, with the outcome clear in advance.

In fact, the outlook at the end of 3 September, at least with respect to the constitutional amendments, was not quite so dark.  Seven of the eight draft bills on such amendments have been sent to the Constitutional Court for its decision regarding their compliance with the Constitution. Fedir Venislavsky, the President’s Representative in the Constitutional Court was reported  by Ukrainska Pravda to be suggesting that these could be adopted (or not, of course), during the third session of parliament, beginning in 2020.