How can Russia deny responsibility for MH17 when it gave up Sentsov, others to get key witness out of Ukraine? 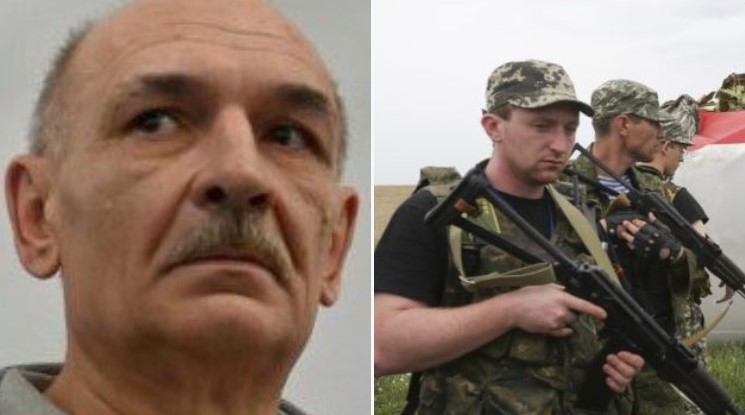 For many of us, any indignation that Ukraine had handed MH17 witness and potential suspect, Volodymyr Tsemakh over to Russia vanished as the plane carrying 35 Ukrainian political prisoners and POWs landed in Kyiv.  Those still raging might take the advice of one political prisoner’s brother, and ask whether their mother or their children “are worth being exchanged for Tsemakh”.  The situation is, however, not necessarily straightforward for other reasons as well, not least the degree to which Russia will now be openly obstructing the international investigation, without even the excuse that it is simply protecting its own citizens..

As reported, Tsemakh had been captured by Ukraine’s SBU on 27 June. Although the charges against him in Ukraine pertained to his role as a militant commander of a unit which had downed several Ukrainian military transport planes, his arrest was internationally reported in connection with the downing by a Russian BUK missile of Malaysian airliner MH17 on 17 July 2014.  While a militant leader, Denis Pushilin immediately tried to claim that Ukraine was “falsifying’ material, and the Russian state media uses inverted commas to cast doubt over Tsemakh’s witness status, this is not, in fact, in question.  It could hardly be in doubt when there is a video in which Tsemakh certainly appears to be admitting to a role in the attempt to conceal the BUK missile launcher after it became clear that a passenger airliner had been downed,

We know from a Dutch Foreign Ministry letter that the Netherlands were informed that Tsemakh might be part of an exchange back in the middle of August and that the Dutch Public Prosecutor was given a chance to question him again, with this being taken. Although they certainly asked Ukraine not to include Tsemakh in the list of prisoners to be exchanged, the letter notes that he was included “under pressure from the Russian Federation” and states that “the government would recall once more that Russia, too, is obliged to cooperate on the basis of UN Security Council resolution 2166.” 5/5”.  That resolution was adopted on 21 July 2014, with even Russia endorsing “efforts to establish a full, thorough and independent international investigation into the incident in accordance with international civil aviation guidelines”.

Russia has been criticized by the Joint Investigative Team for failing to provide basic information, most recently during the press conference on 19 June when it announced that three former or current Russian GRU [military intelligence] officers were to go on trial in absentia for their believed part in the crime. While none is accused of having fired the missile, the chain of command to Russia provided by the four men is believed to have played a direct role in getting the Buk missile launcher to Ukraine and subsequent events. Russia has, for example, consistently failed to inform JIT whether one of the men, Sergei Dubinsky, is currently a GRU officer.

The Dutch Public Prosecutor had announced that this trial would begin on 9 March 2020 eight days before Tsemakh was captured, and the above-mentioned letter stresses that Tsemakh’s movements “will have no repercussions” for this trial.

Although a live witness or suspect is, in principle, very important, it was not at all clear how much could be achieved.  Ukraine’s then Prosecutor General Yuri Lutsenko has reported that Tsemakh was interrogated, but that he had refused any deal with the investigators.  Ukraine’s Constitution would not allow for a Ukrainian citizen to be extradited to the Netherlands.

This, obviously, does not change the fact that access to Tsemakh would have been much easier had he remained in Ukraine.  Yet that, and much more about this exchange, highlights a position that Russia would have no need to take if it had nothing to hide.

The near collapse of the negotiations on the exchange around 30 August and the immediate moves towards completion of it after Tsemakh’s release from custody made it blazingly clear how badly Russia wanted Tsemakh out of the JIT investigators’ reach. Russia has reportedly already received a request from the Netherlands for Tsemakh’s extradition.  Since even Moscow cannot justify handing him Russian citizenship on the spot or explain away his sudden death from natural causes,  there is absolutely no good reason for it to reject such an application, although it doubtless will.

While the Russian propaganda media are lavish with inverted commas and manipulative formulations, they cannot totally omit the fact of Tsemakh’s connection with MH17.  If the Kremlin was hoping to get him out of Ukraine fairly quietly, then it was outmanoeuvred.  By the time the exchange took place, it was known that the entire exchange hinged on the release of this one MH17 witness, with that further intensifying the suspicion that Tsemakh was, in fact, the only reason why Russian President Vladimir Putin was willing to hand over prisoners like Oleg Sentsov and Roman Sushchenko.  For all the noise that Russia made about Ukraine’s arrest of RIA Novosti Ukraine director Kirill Vyshynsky, he was in detention for a year with no attempt to organize an exchange.  It seems likely that Tsemakh is believed to have knowledge that can do more damage to the Kremlin than showing its hand so clearly by whisking Tsemakh off to Moscow.