Ukrainian political prisoner’s drawings from Russian captivity go on display in Berlin Russia called a disused aerodrome a state secret to sentence Ukrainian to 12 years Ukrainian political prisoner draws the life Russia has taken from himRussia secretly imprisons Ukrainian footballer for 9 months, then charges him with ‘spying’ for UkraineViktor Shur: 6 years in Russian captivity for a photo of cows in a disused aerodromeRussia has been taking Ukrainians hostage since 2014. Now they’ve seized an AmericanUkrainian sentenced to 12 years for a snapshot of cows at a disused aerodromeUkrainian is serving 12 years in Russia for photograph of deserted aerodromeUkrainian journalist seized in Russia on mystery ‘spying’ chargesWhere is Russia’s ‘Minsk Implementation’ while so many Ukrainians remained imprisoned?Six years in a Russian prison for sending a job applicationUkrainian abducted to Russia sentenced to 11 years for mystery ‘spying’Russian jailed for 12 years for mystery ‘spying for Ukraine’An appeal of Kharkov journalists about Dmytro Shurkhal’s arrest
• Topics / Victims of political repression 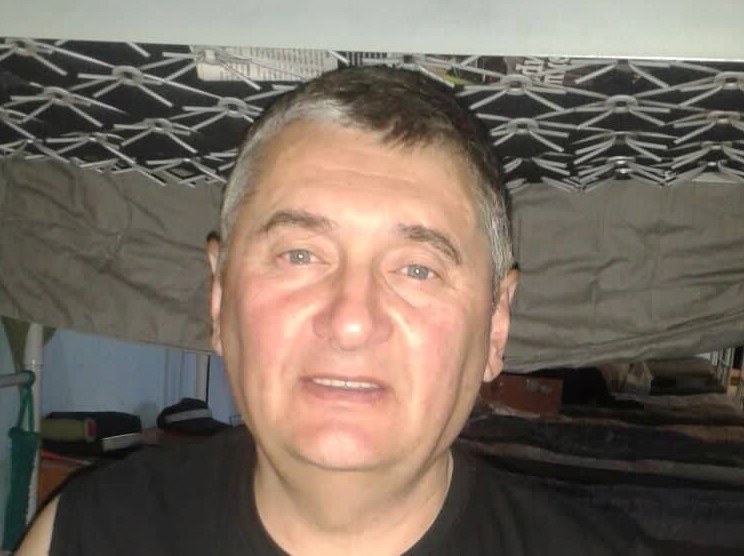 The oldest of the Kremlin’s Ukrainian political prisoners is now 62 and will be 70 before he is released if Russia has its way.  Viktor Shur has been imprisoned since December 2014, after being held without access to a lawyer or his family until he had ‘confessed’ to spying charges.

Shur is the son of a well-known Chernihiv art collector, and was himself involved in business, with this entailing regular travel between Ukraine and Russia.  It was for this reason that when the Soviet Union collapsed in 1991 he opted for Russian citizenship, while having permanent resident status in Ukraine.  His family is Ukrainian and he himself now holds Ukrainian citizenship, received when he was already imprisoned. Shur’s wife died several years ago, and he was living in Chernihiv, helping his elderly father.  He had supported Euromaidan, and later helped Chernihiv volunteers.

Shur is one of several Ukrainians who, since the beginning of Russia’s aggression against Ukraine, have been arrested and sentenced to long terms of imprisonment on mystery ‘spying’ charges  The suspicion that  Russia’s FSB first seizes a Ukrainian and then decides what to charge him with seems confirmed in Shur’s case by initial lack of any clarity as to the charges against him.

In December 2014, Shur received a phone call from a client and arranged to drive to the Bryansk oblast (across the border from Ukraine). He was supposed to return immediately, but simply disappeared.  The family began searching but it was only after a week that Shur phoned and said that he had been arrested for fighting with a policeman and that he would return in another week.

The family were then told that he had been arrested for infringing the rules for a state-guarded site, with that subsequently stepped up to a charge under Article 275 of Russia’s criminal code with state treason and collaboration with the security services of a foreign state.

The family much later ascertained that he had been seized in the zone between the Ukrainian and Russian borders by men in masks who broke the windows in the car and used smoke bombs against him.

Such methods may be appropriate when trying to catch a dangerous criminal, but the FSB appears to have accused him of having photographed a field.  The field in question was, seemingly, once a defence ministry aerodrome, although Shur had not known this.  Locals are also, seemingly, unaware that this is some kind of ‘strategic site’ since their cows graze on the grass growing there.

‘Spying’ or ‘treason’ charges are extremely convenient for the FSB, since the trials can be held in total secrecy.  In most, if not all, such cases against Ukrainians, the men have been held incommunicado and without access to real lawyers.

Shur was initially held in the Bryansk SIZO [remand prison] and then taken to the FSB’s Lefortovo prison in Moscow.

His daughter, Olha reports that the so-called investigators used psychotropic drugs to get information out of Shur, and it is likely that other forms of torture were also  applied. During all her visits to the prison, a guard is present and Shur would certainly be stopped and then face reprisals if he was to talk about the treatment he had received.

There are other standard FSB methods, including threats and promises that a ‘confession’ will minimize the sentence.

If he was given such an assurance, he was brutally deceived.  Having signed whatever documents were placed in front of him, Shur was sentenced on 7 October, 2015 by the Bryansk Regional Court to 12 years’ maximum security imprisonment.  The court website reported that he had been found guilty of state treason in the form of espionage.  He was supposed to have “on 9 December 2014 carried out reconnaissance activities on the territory of the Bryansk oblast – he gathered information constituting a state secret about a protected site belonging to Russia’s defence ministry with this ordered by Ukrainian State Border Service. Were this information to be handed to Ukraine’s Security Service, the latter could have used it against Russia’s security”.

This was a closed court hearing, and Shur had never had access to any lawyer who did more than sign documents, except, perhaps, advising him to ‘confess’.

Since that time, Russia has used various means, including placing Shur in a punishment cell on trumped-up charges to restrict his access to the Ukrainian consul.  Olha Nalimova says that since last year her father has had a lawyer provided by the Ukrainian Foreign Ministry.  She, however, has had no contact with him, and it is not clear how often he has seen Shur.

A man who should be approaching retirement among family and friends is instead held prisoner in the appalling conditions of a Russian prison .  The charges against him make no sense, and the fact that he was held incommunicado without a lawyer give serious grounds for doubting his so-called ‘confession’.