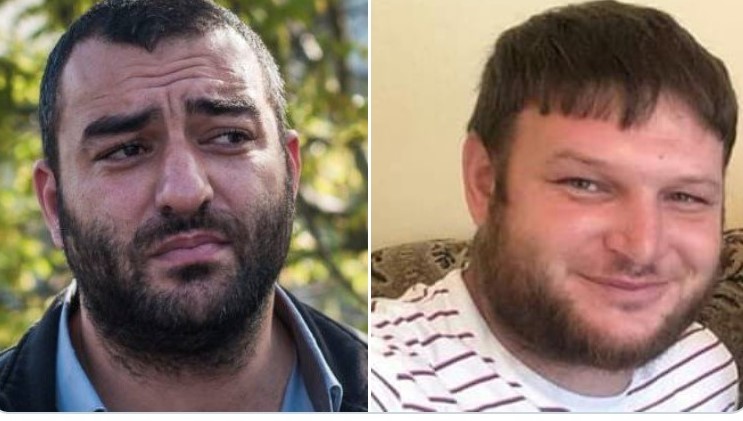 Two of the Crimean Solidarity activists whom Russia arrested on 27 March and quickly moved out of occupied Crimea have been brought back to Simferopol.  Both Tofik Abdulgaziev and civic journalist Remzi Bekirov are being held in a basement, which iwith horrifically unsanitary conditions.  In reporting the situation, Abdulgaziev’s lawyer, Emil Kurbedinov noted that they had been hearing such accounts for five years now.  Before that, they had only heard similar stories from their grandparents about Stalin’s Deportation of the entire Crimean Tatar people in 1944.

After visiting Abdulgaziev on 10 September, Kurbedinov lodged complaints with both the de facto prosecutor and human rights ombudsperson, demanding that the conditions his clients were held in complied with the Geneva Convention, or at least were tolerable.

Russia’s transportation of prisoners, including those, like the 24 Crimean Tatar activists arrested on 27 March, who have not been convicted of any crime, is like something out of another century.  The situation is always particularly dangerous as men being transported from one prison to another have no contact with their lawyers or family.

Abdulgaziev was first moved from the remand prison [SIZO] to SIZO No. 5 in Rostov-on-Don, where he was held a week, before being moved by train to Krasnodar.  During the latter journey, he became unwell, and had a high temperature, but was not given any medical help.  The conditions in Krasnodar were designed to make any symptoms worse, with no less than 50 people held in a cell of no more than 20 m², with a bucket in the middle of the cell. You couldn’t breathe, and with 5-7 men having to sleep on one bunk, the conditions were shockingly unsanitary.  Journalist Remzi Bekirov had been put in a punishment cell where the conditions were even worse.  This was basically a box where you can hardly move, with water on the floor and mice running around.

The Simferopol SIZO is appallingly overcrowded, with about two thousand people held in a space designed for 7-800.  Both Abdulgaziev and Bekirov were placed in a basement area which is, supposedly, ‘quarantine’.  The description that Kurbedinov was given suggests that you have much more chance of catching something serious.  You ceilings are so low that you need to be permanently bent over, with a tiny toilet, that you have to squeeze to fit into.  What is worse, the plumbing pipes run through the basement area and quite often leak.

Such conditions are evidently in flagrant violation of all international conventions on treatment of remand or even convicted prisoners, and in themselves constitute torture.

The ‘operation’ that began on 27 March 2019 was the largest-scale wave of armed searches and arrests since Russia invaded and annexed Crimea in 2014.  The FSB and other armed and masked enforcement officers turned up at the homes of 24 activists from Simferopol.  There are strong grounds for believing that the planted what Russia calls ‘prohibited literature’ during their ‘searches’ of these homes.  Four men were not at home, however three of them (civic journalists Osman Arifmemetov and Remzi Bekirov, as well as activist Vladlen Abdulkadyrov  were seized and violently beaten that evening.  It seems likely that the FSB had planned this case with 24 ‘defendants’, so when the 24th man,  Edem Yayachikov, was (seemingly) not found, they arrested another activist, Rayim Aivazov instead.  Aivazov described his arrest during the detention hearing, saying that he had been beaten and subjected to a mock execution.

The first 23 activists were taken almost immediately to Russia, where up till now recently, all had been held in three different SIZOs in the Rostov oblast.  There were no grounds for their detention at all, and the brutal speed with which they were taken away from Crimea only confirmed that this was a targeted operation aimed at maximum terrorization.

The men are all accused of ‘involvement’ in the Hizb ut-Tahrir movement, a peaceful pan-Islamist party which is legal in Ukraine.  Russia is the only country in the world that has declared Hizb ut-Tahrir a ‘terrorist organization’, and has never provided any grounds for such a classification.  The Memorial Human Rights Centre, which has already declared all 24 men  political prisoners, stresses that Russia has not once, in any of these prosecutions, provide any evidence of “terrorism, or even of plans or discussion of terrorist acts or the use of weapons”.