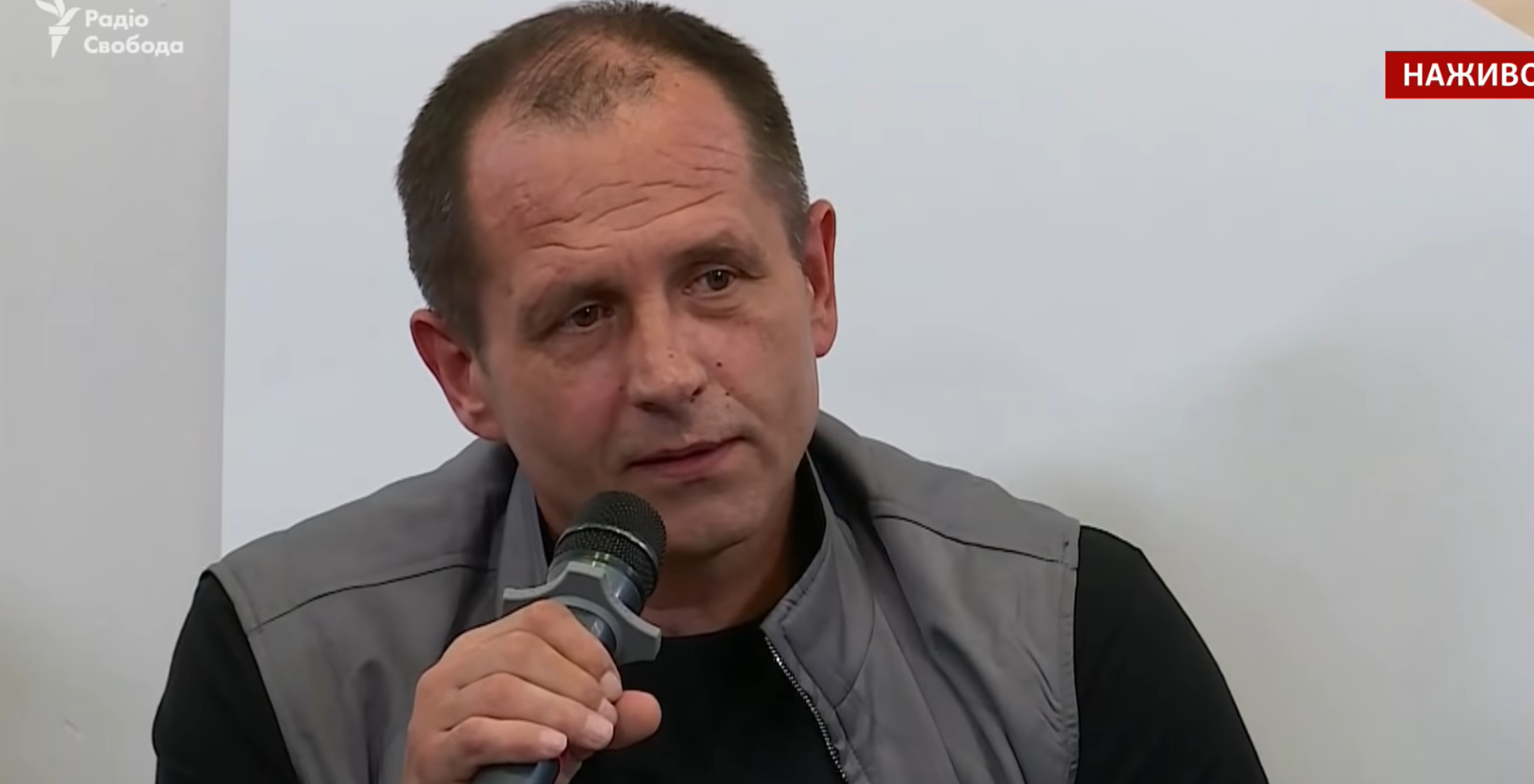 Volodymyr Balukh has finally been able to publicly reveal details about the torture and ill-treatment he was subjected to while in Russian captivity for the Ukrainian flag he had refused to remove from his home and his open opposition to Russian occupation. During Balukh’s first press conference on 16 September, his lawyer Dmitry Dinze also informed that the Russian authorities had tried to foist Russian citizenship on Balukh, as they had on fellow Ukrainian political prisoners Oleg Sentsov and Oleksandr Kolchenko.

Dinze explained that Russian citizenship was suddenly issued in the Torzhok prison colony, where Balukh had been moved from occupied Crimea in February this year.  As with Sentsov and Kolchenko, the situation is especially absurd given that all three men were ‘tried’ as Ukrainian citizens.  In Balukh’s case, his Ukrainian citizenship was always one of the excuses for holding him in detention (with it argued that he could ‘escape’ to mainland Ukraine).

Balukh’s lawyers did not challenge this Russian citizenship, seeing this as absolutely pointless.  Instead, they awaited the exchange of prisoners.  This has taken place and the relevant bodies have confirmed that neither Balukh, nor Sentsov and Kolchenko, were ever Russian citizens.

During one of the detention hearings in Sentsov’s case, the imprisoned filmmaker categorically rejected any suggestion that he was a Russian citizen, saying that he was no serf, to be transferred to a new ‘owner’ together with the land (that Russian had seized).  The fact that Russia is treating all Ukrainian political prisoners from Crimea as ‘Russian’ only confirms that Russia is indeed acting as though its illegal land-grab gives it the right to ‘possess’ the Crimean population.

A film was shown during the press conference in which Balukh, while still imprisoned in Torzhok, described how he was tortured and beaten by between 8 and 10 men after arriving at the prison.  He was forced to stand, facing the wall, and was beaten around the liver and kidneys, the back of the neck and his legs.  Other forms of torture including electric shocks, after being forced to put a damp pillowcase over his head and being threatened with rape (something that Sentsov recounted from his early encounters with Russia’s FSB).  In fact, Balukh had been subjected to torture earlier as well, during the time spent in SIZO [remand prison].

Torture has been a major part of virtually all FSB arrests of Ukrainians on politically motivated charges, with the key aim being to beat out ‘confessions’. Unfortunately, the treatment of Balukh in the Russian prison colony, at least on his arrival, is probably the shocking norm, rather than any exception.  As reported, he was constantly placed in punishment cells on absurd pretexts (like not greeting a member of the prison staff), and he says that the threat of physical violence was present all the time.

Balukh’s civic defender during his ‘trial’ and his spiritual mentor is Archbishop Klyment of the Ukrainian Orthodox Church in Crimea.  In one of the most moving moments in the press conference, he described how difficult it had been to go to Balukh’s 79-year-old mother and tell her that Balukh had been taken prisoner again in the courtroom and would not be coming home.

Balukh is a farmer and civic activist from Northern Crimea. He had begun flying the Ukrainian flag over his home during Euromaidan, and refused to remove it after Russia’s invasion and annexation of Crimea.

He was first subjected to at least three administrative prosecutions on absurd charges .  Then, in December 2016, just days after he had nailed a plaque to his home, calling it No. 18 “Heroes of Nebesna Sotnya St, in memory of the over 100 victims of Euromaidan, he was arrested on absurd criminal charges.

It had looked like Russia would force Balukh to wait until the last moment before being released.  He was, however, released on 7 September, among 11 political prisoners and the 24 seamen taken prisoner of war after Russia attacked three Ukrainian naval vessels on 25 November, 2018.

As well as 87 Ukrainian political prisoners, the majority of whom are Crimean Tatars, Ukraine’s SBU has reported at least 200 hostages and POWs in Russian-controlled Donbas.

For details, see: No ‘normalization’ while Russia is still holding at least 87 Crimean Tatar and other Ukrainian political prisoners