Why does OSCE give Russia’s Crimean collaborators a platform for Kremlin propaganda? 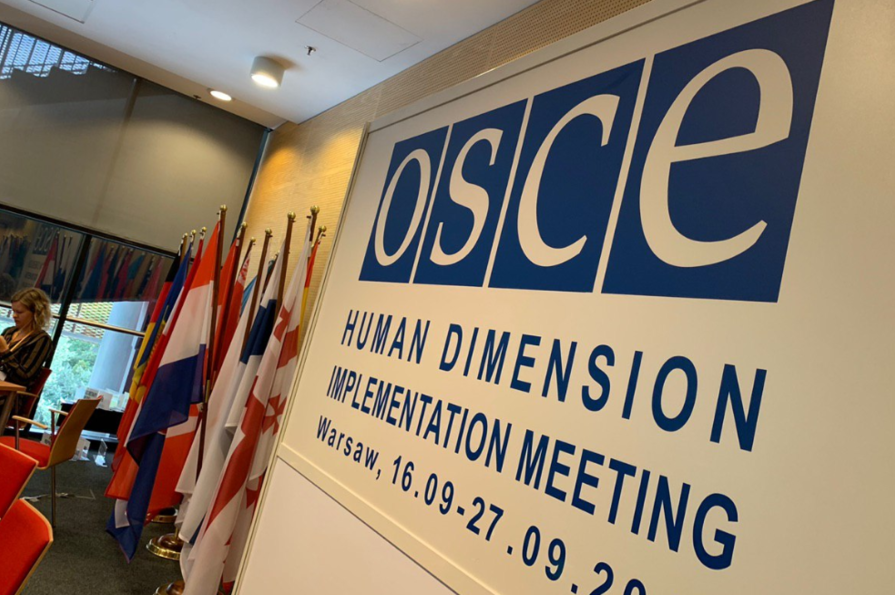 Ukrainian delegates to the OSCE’s annual Human Dimensions Implementation Meeting walked out of the session on 17 September in protest over Crimean collaborators using the occasion to push Russian propaganda about Crimea; Crimean Tatars and Ukraine, including the claim that Crimea ‘is Russian’.

One of the Ukrainian journalists present was Iryna Sedova from the Crimean Human Rights Group.  She wrote afterwards that “OSCE is tolerating the information legalization of the occupation of Crimea, by giving a platform to Russian agents brought from the peninsula. For three hours, a minimum of 11 GONGO [government-organized ‘NGO’s] and agents of the Russian Federation talked about how wonderful the situation with freedom is in the RF and Crimea, and how bad it is in Ukraine.  There were only four addresses about the destruction of freedom of speech in Crimea and RF. The information war is continuing, and Ukraine is definitely losing it”.

This is not the first time that the annual conference in Warsaw has been hijacked by people whom Russia has sent to try to legitimize its illegal annexation of Crimea and to deny the grave human rights violations that Russian occupation has brought. The delegates are not, in fact, there legitimately, with Russia concealing the fact that these people are from Crimea in order to get them accepted as part of their delegation.  Nonetheless, if Crimean Tatar Mejlis leader Refat Chubarov was able to name all collaborators taking part in the event as part of Russia’s delegation, it was clearly possible for the OSCE to have carried out proper checks of all proposed delegates.  With Russia having banned TV ATR and other Crimean Tatar media within a year of annexation, with 10 civic journalists currently imprisoned and facing huge sentences for their coverage of the ‘trials’ of political prisoners and other abuses; it is astounding that a person like Maria Volkonskaya, Chief Editor of the propaganda rag ‘Krymskaya Pravda’ should have been accepted as a delegate. The same applies to Ervin Musaev, the general director of the propaganda Crimean Tatar TV channel that Russia created after driving out independent Crimean Tatar media.   In both cases, the flow of propaganda does appear to have been stemmed, but only after especially provocative statements such as Vokonskaya’s claim about Crimea supposedly being Russian.

This is not a freedom of speech issue.  Respect for alternative views does not extend to inviting Holocaust deniers to a conference on the Holocaust.  The families of the MH17 victims killed by a Russian BUK missile on 17 July 2014 would not be asked to sit through lies aimed at concealing Russia’s pivotal role in the disaster, and the same respect should surely be shown to the very many victims of Russia’s invasion and annexation of Crimea.