“If my language disappears tomorrow, I am ready to die today”. Albert Razin died in protest at forced Russification 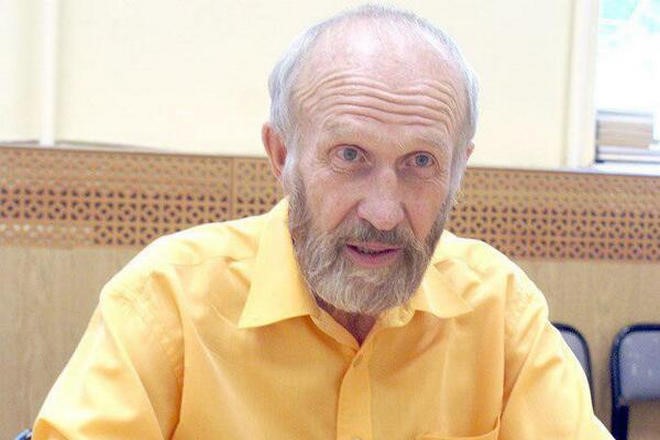 Albert Razin, a 79-year-old academic and activist of the Udmurt national movement, died in Izhevsk on 10 September of horrific injuries following his self-immolation in protest at a new Russian language law.  The law abolishes the compulsory teaching of languages of Russia’s indigenous peoples in schools and is viewed as placing the very existence of these languages in jeopardy.  It was this danger that Razin had directly referred to during his solitary picket immediately before the tragedy, with one of his two placards quoting lines from a poem by Rasul Gamzatov: “If my language is to disappear tomorrow, I am ready to die today” The other asked: “Do I have a Fatherland?”

Razin had actively campaigned in defence of Udmurt language and culture for many years, and had written to both Russian President Vladimir Putin and to the Putin-appointed governor of Udmurtia, Alexander Brechalov.  His letters were ignored.  Moscow, which has claimed a supposed need to ‘defend the rights’ of Russians and Russian-speakers as excuse for its invasion and annexation of Crimea and military aggression in Eastern Ukraine, acknowledges no such rights to the ethnic minorities of its own country. Representatives of many minorities have long sounded the alarm over what they see as a policy of forced Russification within the Russian Federation.  Putin himself has claimed that Russian children should not be forced to learn other languages, even if they are the native languages of a significant part of the population where they are living.  Nobody was suggesting that the children study in the language of the minority, only that they learn it, yet even this is now to be abolished.

The public appeal which Razin and other academics had endorsed, as well as all of Razin’s own efforts, had been fruitless.  Unfortunately, there is nothing to suggest that his act of self-immolation will have any impact either.  His hideous death has, reportedly, become a taboo subject for the local media and Brechalov did not appear at his funeral, although Razin was a well-known figure in Udmurtia.  Putin came to Izhevsk on 19 September, but did not try to see Razin’s widow, Yulia Razina.  Razin’s family had been treated with extraordinary callousness.

Yulia Razina was at work when her husband set fire to himself.  She could feel that something had happened before she got a phone call asking all kinds of questions, without any explanation, from the prosecutor’s office in Moscow. It was only after journalists also began phoning that she learned what had happened.  She says after that she remembers very little.

The Russian Investigative Committee had initiated a criminal investigation over ‘driving  person to suicide’, though it is most unlikely that they will  ever try to spell out who and what drove Razin to this final act of desperation and self-sacrifice.  What the criminal investigation did enable them to do was to immediately take Yulia Razina in for questioning and to carry out a search of the family’s home and Razin’s car.  Judging by the questions Yulia Razina was asked, the aim is to find any other excuse for Razin’s act which his wife clearly told the ‘investigators’ was an act of political protest.  She explains that in ancient times, there was such a custom “when a person is oppressed, ill-treated and in order to prove that he is right, he goes to the gates of the oppressor, i.e. the ‘parliament’, and does this [carries out the act of self-immolation]”

Most ominously, his widow says that the authorities are now trying to pin a concocted criminal case on Razin, claiming that he was implicated in terrorism.  Yulia Razina says that this is based on instructions from above, with everything being done to whitewash Brechalov.

She and her daughter had no idea what Razin was planning, but says she can understand his act.  “He had fallen into despair, lost hope.  When you understand that this world is not for you.”

Asked if she believes that anything will change for the better for the Udmurt language after the tragedy, she says: “There had been a kind of positive movement, but someone, on the contrary, wants to demonstrate their power.  Even at the parliament building, at the scene of what happened, they take the flowers laid in memory of Albert Alexeevich away. “