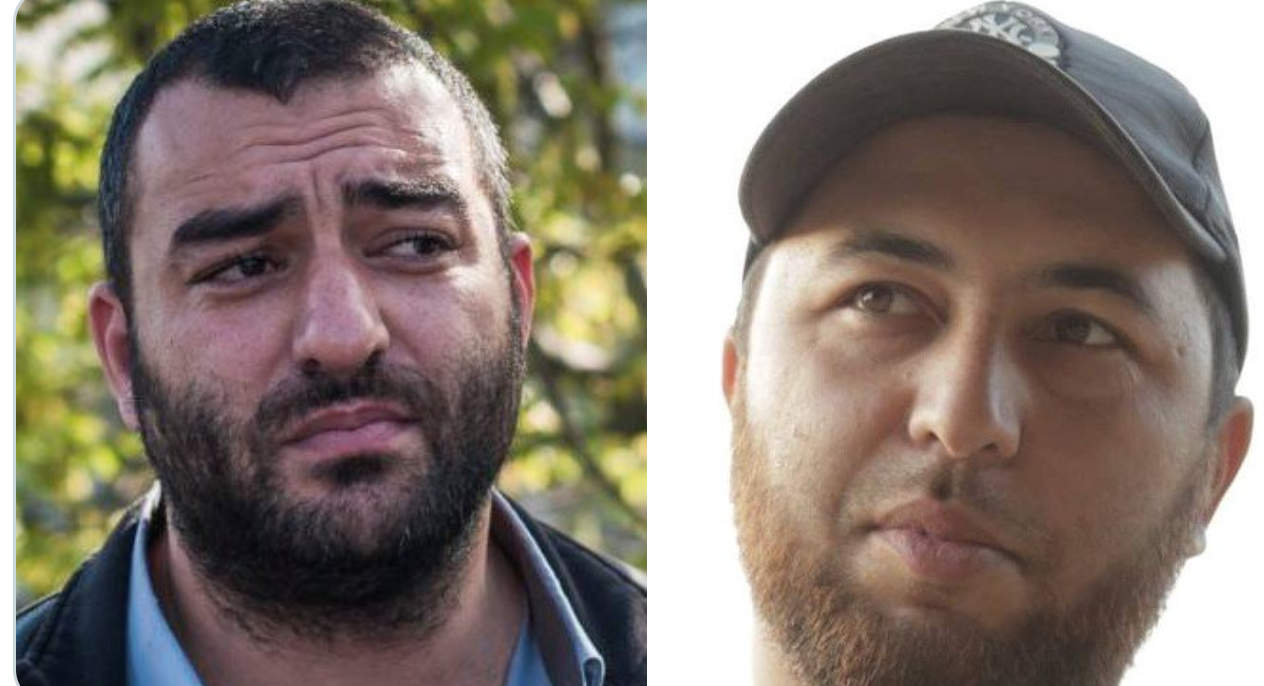 As if the use of ‘secret witnesses’ giving unverifiable testimony were not enough, Russia’s FSB is using them to triumphantly ‘identify’ arrested Crimean Tatar activists from a police line up (or identity parade) where the other men look quite different.  Alexei Ladin, one of the lawyers defending the political prisoners, points out that the degree of dissimilarity makes a nonsense of the supposed identification.

“You can point to a range of significant failings”, he says.  “This is first of all the lack of similarity between the appearance of the foils and that of the accused. For example, in identifying Tofik Abulgaziev, the foils [the other men] were much younger. In the identification of Osman Arifmemetov, the foils were clean-shaven, although he has a beard.  Such a pronounced lack of similarity totally negates the very fact of recognition.  It is immediately clear who is the accused, and who are the foils”.

In addition, Ladin notes, the written testimony of these supposed secret witnesses are “virtually to the last comma” like one another, giving the impression that these are not the words of the ‘witnesses’, but those of the FSB investigators.  He cites an example where the ‘witness’ cites another criminal prosecution, reeling off a reference number consisting of 13 digits. It is clear that this is not, as it should be, a literal transcript of the alleged witness’ words, but formulations put together by the investigator.

Ladin has applied to the FSB investigator Sergei Makhnev to have the alleged identification declared invalid due to the above-mentioned infringements.  He also asks that the identity of the secret witnesses be revealed since the claim that these ‘witnesses’ need secrecy for security reasons cannot be valid when all the defendants in the ‘case’ are in detention.

It is certainly vital to highlight such gross irregularities, however these are fatally flawed prosecutions, and there seems little chance that the FSB will give up on its secret witnesses or even make a real pretence when it comes to the identity parades.

‘Secret witnesses’ have been used in all the ‘trials’ of Ukrainian Muslims whom Russia is illegally prosecuting for unproven involvement in the peaceful pan-Islamist movement Hizb ut-Tahrir, which is legal in Ukraine.  Russia’s Supreme Court never provided any good reason for its 2003 judgement declaring Hizb ut-Tahrir ‘terrorist’, and also kept the judgement secret until it was too late to challenge it.

Russia has now used secret witnesses in all its grossly flawed trials of Ukrainian Muslims on Hizb ut-Tahrir charges.  The military court in Rostov-on-Don where the men’s trials took place ignored the evident mistakes, discrepancies and implausible nature of the ‘testimony’ the men provided.  Only one ‘trial’, that of human rights defender Emir-Usein Kuku and five other men was abruptly stopped after the men recognized the ‘witness’, and details emerged of how he had been coerced and threatened into giving false testimony against innocent men.

Tofik Abulgaziev and civic journalist Osman Arifmemetov are two of the 24 Crimean Solidarity and other Crimean Tatar civic activists arrested on 27 March 2019.  This was the largest FSB ‘operations’ to date and one so evidently aimed at stifling peaceful civic activism and reporting on human rights abuses, that it elicited protest from many international structures and rights NGOs.

All 24 men have been recognized as political prisoners by the authoritative Memorial Human Rights Centre.  In its statement, Memorial accused Russia of using fabricated charges carrying huge sentences to try to crush the Crimean Solidarity movement in occupied Crimea and all Crimean Tatar human rights activists.

“Most of the arrested men are connected with the human rights movement Crimean Solidarity which supports victims of persecution.  It is extremely likely that in this situation, the convenient and already standard charge of involvement in Hizb ut-Tahrir is purely a pretext and means for crushing Crimean Tatars’ civic solidarity and activism.”

Russia’s attack on civic and human rights activists did not begin with these 24 men. Human rights activist Emir-Usein Kuku has now been imprisoned on the same fabricated charges since 11 February 2016. It was the arrests of 10 Ukrainian Muslims from February to May 2016 that led to the emergence of the Crimean Solidarity initiative.  This both helps political prisoners and their families, and provides vitally needed information about armed searches, arrests and other forms of persecution. Since the first wave of arrests in October 2017, a large number of the Crimean Tatars arrested on Hizb ut-Tahrir charges have been Crimean Solidarity civic journalists and activists.